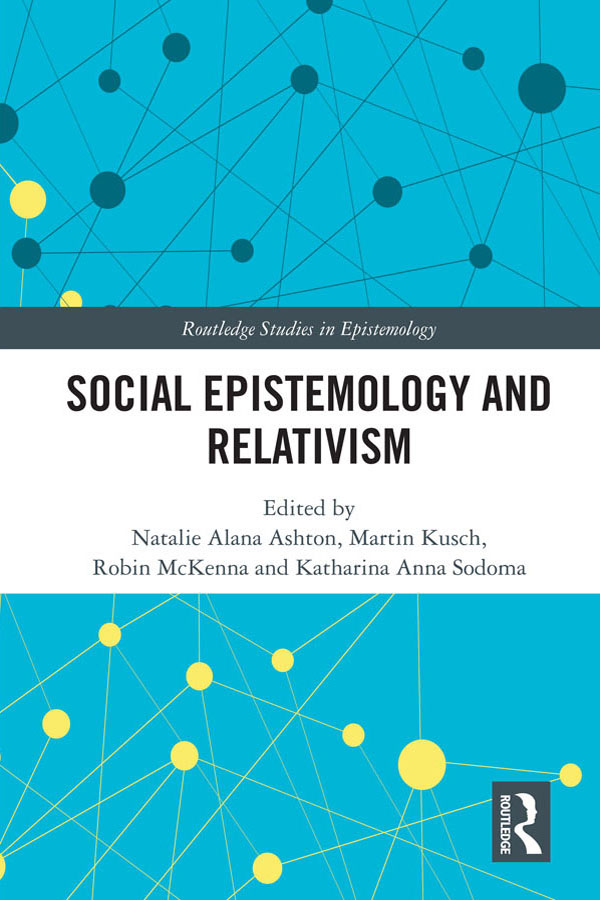 Recent trends in social epistemology seek to rectify earlier work that conceptualized cognitive achievements primarily on the level of isolated individuals. Relativism insists that epistemic judgements or beliefs are justified or unjustified only relative to systems of standards—there is not neutral way of adjudicating between them. By bringing together these two strands of epistemology, this volume offers unique perspectives on a number of central epistemological questions.

Social Epistemology and Relativism will be of interest to researchers working in epistemology, feminist philosophy, and the sociology of knowledge.

3. Norms of Inquiry in the Theory of Justified Belief

4. Relativism: The Most Ecumenical View?

8. Charity, Peace, and the Social Epistemology of Science Controversies

Part III: Social Epistemology and the Sociology of Scientific Knowledge

12. Relativism in the Sociology of Scientific Knowledge Revisited

Martin Kusch has been Professor for Philosophy of Science and Epistemology at the University of Vienna since 2009. He has published research monographs with OUP, Routledge, MIT Press and Acumen. His main current area of research is epistemic relativism, past and present. He is currently writing two monographs: a defence of epistemic relativism, and a study of the first 20th-century defender of relativism, Georg Simmel.

Katharina Anna Sodoma is a doctoral candidate at the University of Vienna. She wrote her dissertation on moral relativism and the possibility of moral progress as part of the ERC project "The Emergence of Relativism" and has published on this topic.