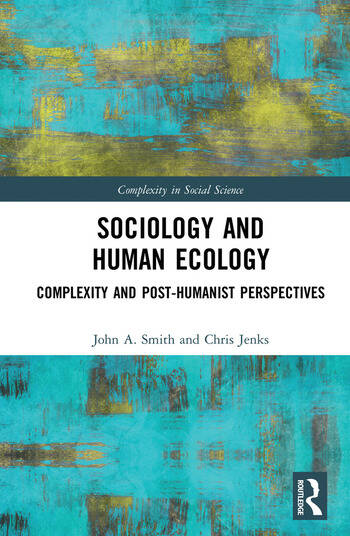 Traditionally, Sociology has identified its subject matter as a distinct set – social phenomena – that can be taken as quite different and largely disconnected from potentially relevant disciplines such as Psychology, Economics or Planetary Ecology.

Within Sociology and Human Ecology, Smith and Jenks argue that this position is no longer sustainable. Indeed, exhorting the reader to confront human ecology and its relation to the physical and biological environments, Smith and Jenks suggest that the development of understanding with regards to the position occupied by the social requires, in turn, an extension of the component disciplines and methodologies of a ‘new’ human socio-ecology.

Aiming to evoke critical change to the possibility, status and range of the social sciences whilst also offering essential grounding for inter-disciplinary engagement, Sociology and Human Ecology will appeal to postgraduate students and postdoctoral researchers interested in fields such as Social Theory, Socio-Biology and Ecological Economics.

Chapter 1. Ontology from the perspective of complexity theory: auto-eco-organisation

The dual character of ignorance: the standpoint of irony

The dual character of ignorance: pragmatism

The plurality of ignorance and ‘complexity’

Kauffmann and ‘the next adjacent possible’

Post-script and transition: an informational turn

The Normal & the Pathological

Weber and the Protestant Ethic

Chapter 3. The ontological status of the living: a renewed foundation for epistemology and representation

UexKull and the concept of the Umwelt

J. and E. Gibson: a radical ecology of perceptual learning and development

The Gibsons revisited: the ecology of perception and human development

Affordances reconsidered in the context of human development

Affect theory: emotion and the realisation of the social

Chapter 5 The social, structure and the emotions

Forms of solidarity: Douglas and Thompson

Anthropology and social theory (our emphasis) or

What do we mean by post-humanism?

A brief note on Sewell

Chapter 6 The challenge of ecological economics

A question of cycles and worldviews: Thompson, markets and hierarchies

Ecological economics: an evaluation and consequences for critical theory

Chapter 7 Philosophy and Method for an Ecological-Political Economy

Imperative 4. The identification of actants and boundaries: qualitative aspects of scale and organisation

Imperative 6: Reconsider the ethics and politics of complexity. Who acts? Persistence and Darwinism. Ethics for whom?

Imperative 7: What are the demands of complexity and human ecology on openness, democracy, exemplars of reflexive inquiry?

is a Principal Lecturer and Research Lead in the Department of Education & Community Studies at the University of Greenwich, UK