Designed for undergraduate and graduate students interested in learning basic soil physics and its application to environment, soil health, water quality and productivity, this book provides readers with a clear coverage of the basic principles of water and solute transport through vadose zone, the theory behind transport and step-by-step guidance on how to use current computer models in the public domain along with soil erosion and contaminant remediation. Students will develop a deeper understanding of the fundamental processes within the soil profile that control water infiltration, redistribution, evapotranspiration, drainage, and erosion. The updated second edition features two new chapters, highlighting new problems, new computer models, and remediation.

Students studying in the fields of Soil Science, Environment Science, Natural Resources, Agriculture Engineering, Civil Engineering, Environmental Engineering, Range Sciences, Horticulture, Crop Sciences, and Forestry, will find this book provides a solid foundation for their studies. Professionals, researchers, academicians, and companies working in fields related to Environmental Science, Soil Physics, Hydrology, and irrigation, will find this book is a great reference tool as it is the most up to date in its field.

Dr. Manoj K. Shukla is an professor of environmental soil physics at New Mexico State University, Las Cruces, New Mexico. He also holds the Nakayama Research Excellence Professorship. At NMSU, he also serves as a Director Global Program of College of Agricultural, Consumer and Environmental Sciences, New Mexico State University. He has held faculty positions at various universities in India and has served as a research scientist at the University of Agricultural Sciences, Vienna, as a postdoctoral research associate at the University of Illinois, and as a research scientist at Ohio State University. He received his PhD in soil physics from the University of Agricultural Sciences, Vienna, Austria, in a collaborative program with the University of California, Davis, his master’s degree in soil and water engineering from the Water and Land Management Institute, India, and his bachelor’s degree in agricultural engineering from the National Institute of Hydrology, India. Dr. Shukla is a recipient of the Patricia Christmore Faculty Teaching Award, the North American Colleges and Teachers of Agriculture Teaching Award of Merit, RGBI Integrated Program Team Award, and an award of excellence for outstanding contribution to two Western Regional Multistate Research. He also served as the executive board member for International Arid Lands Consortium and BHC expert panel member. He is a member APLU and a visiting Professor to China Agricultural University. Dr. Shukla is a Fellow of Soil Science Society of America.

Dr. Shukla serves as the technical editor of Soil Physics and Hydrology section of Soil Science Society of America. He also serves as the Consulting editor of Vadose Zone Journal. He has served as the Editor- Book Review for Vadose Zone Journal and editorial board member of NACTA (North American Colleges & Teachers of Agriculture) Journal. He was the Chair of mentoring committee of Soil Physics and Hydrology division in 2022, and member of L.R. Ahuja systems modeling award committee of the SSSA and unsaturated zone technical committee of American geophysical Union. He has previously served as a secretary of the regional coordination committee and as a presiding officer and convener at several international meetings. He is a member of many professional societies, including AGU, SSSA, and ASABE. Dr. Shukla teaches environmental soil physics and advanced soil physics regularly, as well as contaminant transport modeling, spatial variability analysis, and introductory soils on occasion. He has helped more than 35 students graduate with a master’s degree or a PhD as Chair of their committees. His research interests are related to soil physics, spatial and temporal variability of soil properties, and water and solute transport under different land use and management systems at multiple scales. Recently, he has worked on reuse of brackish and produced waters for ensuring food security and human sustainability. He has received over $25 million as research funding from various agencies. He has coauthored a textbook, Principles of Soil Physics, edited a book, Soil Hydrology, Land Use and Management: Measurement and Modeling, and has coauthored 154 peer-reviewed journal articles and several research reports, book chapters, and proceedings papers. 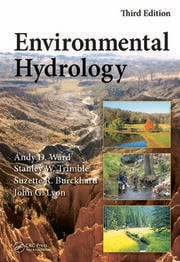 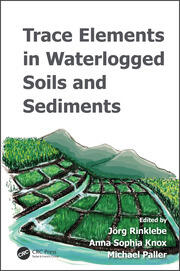 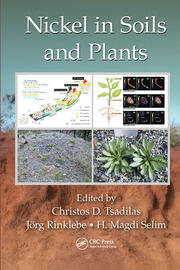