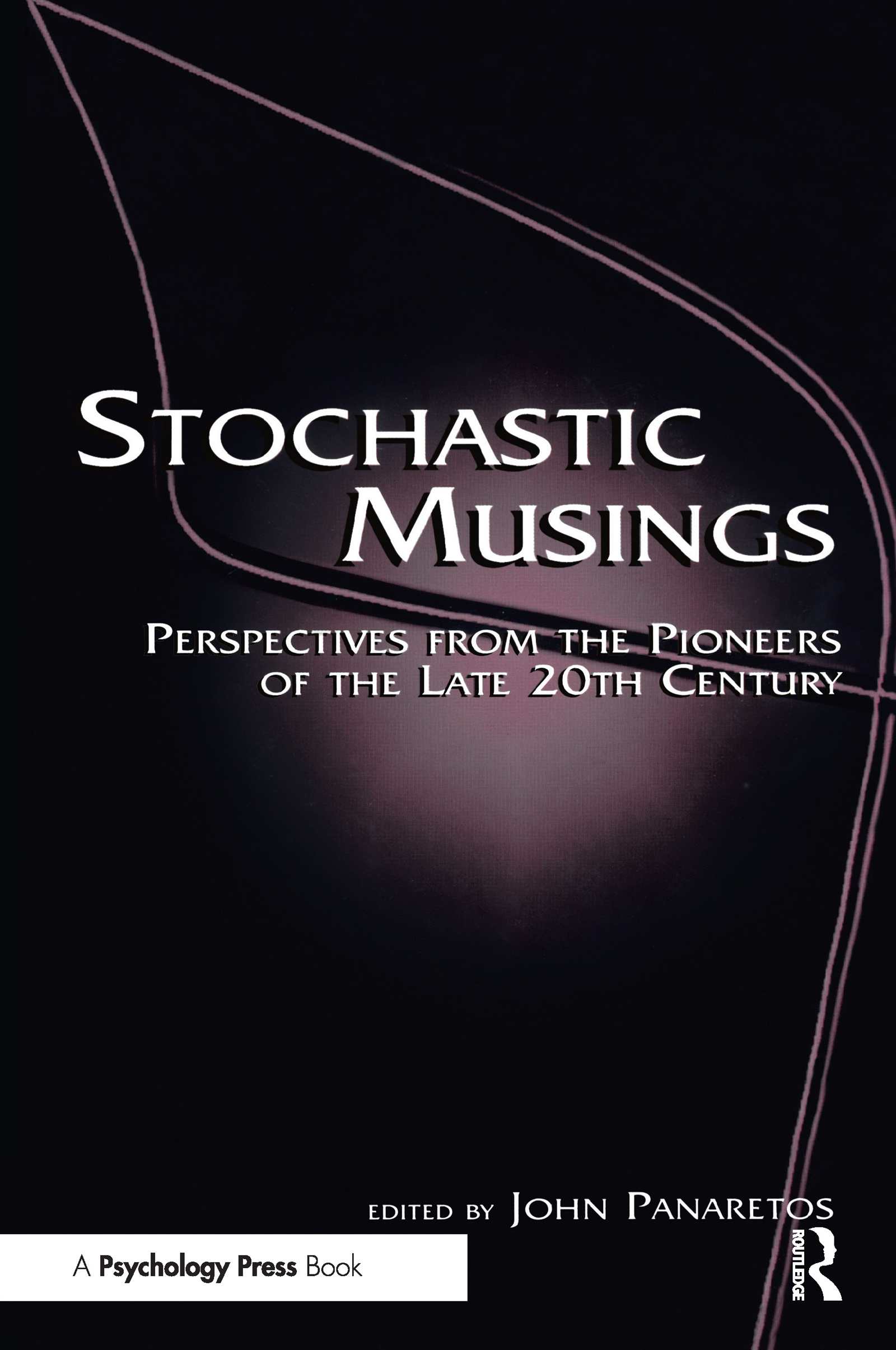 Perspectives From the Pioneers of the Late 20th Century, 1st Edition

This new edited volume features contributions from many of the leading scientists in probability and statistics from the latter part of the 20th century. It is the only book to assemble the views of these leading scientists--the pioneers in their respective fields.

*Bradley Efron on the future of statistics;

*David Bartholomew on a unified statistical approach to some measurement problems in the social sciences;

*Joe Gani on scanning a lattice for a particular pattern;

*Samuel Kotz and Saralees Nadarajah on some new elliptical distributions;

*Jef Teugels on the life span of a renewal;

*Wolfgang Urfer and Katharina Emrich on maximum likelihood estimates of genetic effects; and

The volume also includes the following contributions by faculty members of the Department of Statistics, Athens University of Economics and Business:

*E. Xekalaki and D. Karlis on mixtures everywhere; and

Stochastic Musings will appeal to researchers, professionals, and students interested in the history and development of statistics and probability as well as in related areas, such as physics, biometry, economics, and mathematics. Academic and professional statisticians will benefit from the book's coverage of the latest developments in the field, as well as reflections on the future directions of the discipline.

"…recommend the book to any new graduate student of statistics, wishing to get an idea of the breadth of the disipline, as seen by the masters."

"The volume features 17 contributions from leading scientists in probability and statistics from the latter part of the 20th century."