The world is undergoing major transitions due to three driving forces—population changes, climate changes, and energy resource constraints—making it essential for us to move toward sustainability in the implementation of projects and programs as well as our everyday life. Real sustainability exists where there is a balance between population and energy usage and a stable climate—global equilibrium. Designed for program and portfolio managers and senior planners, Sustainable Program Management provides essential information on the three major driving forces of the coming decades and presents options to assist us in moving toward a sustainable future.

This book offers a unique approach to accommodating the three new constraints of population change, climate change, and energy resources as impacts on programs and portfolios. It presents them in the form of overlays, which facilitate planning by considering the effects of these additional constraints on a program, along with schedule, budget, and performance constraints. The overlays summarize the book’s extensive analyses of these global challenges.

The book is divided into sections on population change, climate change, and energy resource constraints and provides background information and overlays for each one. The author discusses scenarios, possible solutions, and probable outcomes, which provide the basis for evaluating the risks and the sustainability considerations involved. The final section of the text addresses planning for real sustainability and describes six pathways toward a sustainable system. This practical book familiarizes readers with these new global challenges to program management and provides a basis for developing sustainable and successful programs.

Overlay Concept and Structure for Sustainability

Gregory T. Haugan, PhD, PMP, is the owner of GLH Incorporated specializing in project management support for both U.S. and international organizations; and as an instructor in areas of energy, population and climate change. He has over 40 years’ experience as a consultant and as a government and private sector official in the planning, scheduling, management and operation of projects of all sizes; and in the development and implementation of program management information systems.

Dr. Haugan has been active in the field of resources and sustainability for many years. He has led courses for the Rappahannock Institute for Lifeline Learning, RILL. They included: Development of Human Societies: Lessons for the Northern Neck of Virginia with major emphasis on current problems with potential shortages in energy and water resources. This was followed by: Oil, Energy and Global Warming. It recognized the indivisibility of the topics, presented current theories and discussed the relationship to the Northern Neck of Virginia and what actions were warranted. In addition he has presented two courses on Climate Change and Global Warming addressing the issues of the science, the impact and the mitigation actions which addresses the various claims and theories with regard to global warming phenomena and its current and projected impact on our lives. His interest and knowledge in these areas led to the publishing in 2012 of the predecessor of this book titled: The New Triple Constraints for Sustainable Projects, Programs and Portfolios. He also presented a short course for RILL in the spring of 2013 addressing the Triple Constraint issues of population growth, climate change and energy resources, and touching on some of the sustainability issues discussed in this book.

Dr. Haugan received his PhD from the American University, his MBA from St. Louis University, and his BSME from the Illinois Institute of Technology. 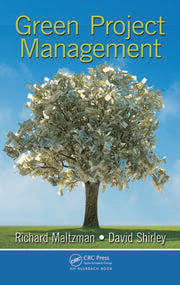