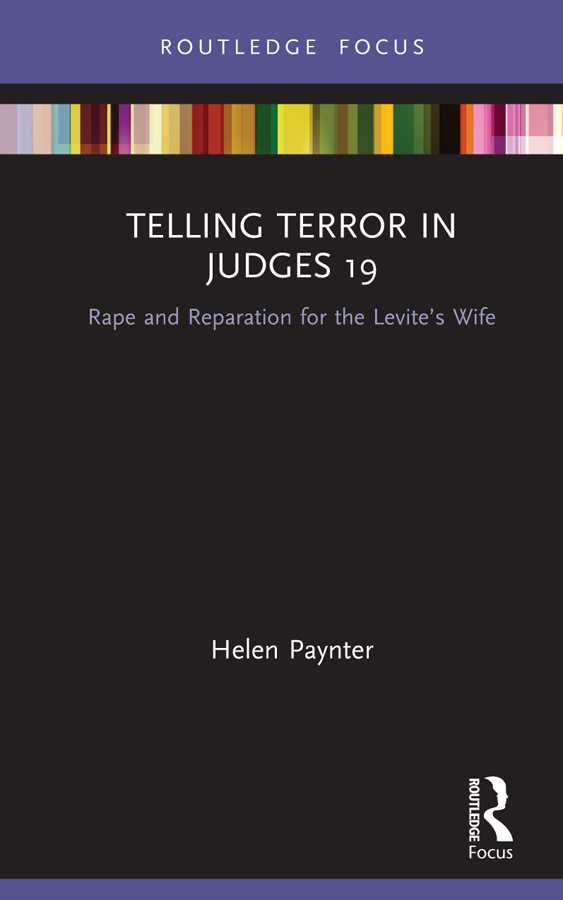 Rape and Reparation for the Levite’s wife, 1st Edition

Telling Terror in Judges 19 explores the value of performing a ‘reparative reading’ of the terror-filled story of the Levite’s pilegesh (commonly referred to as the Levite’s concubine) in Judges 19, and how such a reparative reading can be brought to bear upon elements of modern rape culture. Historically, the story has been used as a morality tale to warn young women about what constitutes appropriate behaviour. More recently, (mainly male) commentators have tended to write the woman out of the story, by making claims about its purpose and theme which bear no relation to her suffering. In response to this, feminist critics have attempted to write the woman back into the story, generally using the hermeneutics of suspicion. This book begins by surveying some of the traditional commentators, and the three great feminist commentators of the text (Bal, Exum and Trible). It then offers a reparative reading by attending to the pilegesh’s surprising prominence, her moral and marital agency, and her speaking voice. In the final chapter, there is a detailed comparison of the story with elements of modern rape culture.

"A great deal has been written now on the rape narratives of the Hebrew Bible, subjecting the assumptions of the biblical texts and their commentators to profound critical scrutiny. Helen Paynter’s remarkable book moves the debate forward by offering a reparative reading of the story of the Levite’s pilegesh in Judges 19, in which this ancient victim of rape becomes a prophetic voice addressing the suffering of victims of gender-based violence today. Everyone who seeks to read the Hebrew Bible with moral seriousness must engage with this book."

"Paynter's modeling of a 'thick reading' of the Judges 19 text and the experience of the woman - sensitively given the name Beli-Fachad or 'Fearless One' by Paynter - is deftly argued and constructed, and serves as a valuable contribution to the scholarship that takes seriously the trauma and violence of both the narrative and of contemporary experiences of women."

Chapter 1: Beli-Fachad in the hands of men

Chapter 2: Beli-Fachad in the hands of commentators

Chapter 4: Beli-Fachad as subject and object

Chapter 5: Beli-Fachad in her own voice

Helen Paynter is a Baptist minister, Director of the Centre for the Study of Bible and Violence, and tutor at Bristol Baptist College, UK.

Rape Culture, Religion and the Bible