The Textbook of Ion Channels is a set of three volumes that provides a wide-ranging reference source on ion channels for students, instructors, and researchers. Ion channels are membrane proteins that control the electrical properties of neurons and cardiac cells, mediate the detection and response to sensory stimuli like light, sound, odor, and taste, and regulate the response to physical stimuli like temperature and pressure. In non-excitable tissues, ion channels are instrumental for the regulation of basic salt balance that is critical for homeostasis. Ion channels are located at the surface membrane of cells, giving them the unique ability to communicate with the environment, as well as the membrane of intracellular organelles, allowing them to regulate internal homeostasis. Ion channels are fundamentally important for human health and diseases, and are important targets for pharmaceuticals in mental illness, heart disease, anesthesia, pain and other clinical applications. The modern methods used in their study are powerful and diverse, ranging from single ion-channel measurement techniques to models of ion channel diseases in animals, and human clinical trials for ion channel drugs.

Jie Zheng, PhD, is a professor at the University of California Davis School of Medicine, where he has served as a faculty member in the Department of Physiology and Membrane Biology since 2004. Dr. Zheng earned a bachelor’s degree in physiology and biophysics (1988) and a master’s degree in biophysics (1991) at Peking University. He earned a PhD in physiology (1998) at Yale University, where he studied with Dr. Fredrick J. Sigworth on patch-clamp recording, single-channel analysis, and voltage-dependent activation mechanisms. He received his postdoctoral training at the Howard Hughes Medical Institute (HHMI) and the University of Washington during 1999–2003, working with Dr. William N. Zagotta on the cyclic nucleotide-gated channels activation mechanism and novel fluorescence techniques for ion channel research. Currently, Dr. Zheng’s research focuses on temperature-sensitive TRP channels.

, PhD, is a professor in the Department of Physiology at the University of Maryland School of Medicine in Baltimore, Maryland. He earned a bachelor’s degree in biochemistry and molecular biology in 1992 and a PhD in physiology in 1998 while working with Gail Robertson, PhD, at the University of Wisconsin-Madison. His thesis work was on the properties of voltage-gated potassium channels in the human ether-aì-go-go related gene (hERG) family and the role of these channels in heart disease. Dr. Trudeau was a postdoctoral fellow with William Zagotta, PhD, at the University of Washington and the Howard Hughes Medical Institute (HHMI) in Seattle from 1998 to 2004, where he focused on the molecular physiology of cyclic nucleotide-gated ion channels, the mechanism of their modulation by calcium-calmodulin, and their role in an inherited form of vision loss. Currently, Dr. Trudeau’s work focuses on hERG potassium channels, their biophysical mechanisms, and their role in cardiac physiology and cardiac arrhythmias. 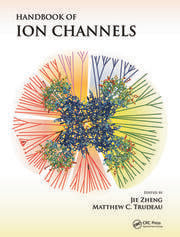