The Art of Coding
The Language of Drawing, Graphics, and Animation

The Art of Coding: The Language of Drawing, Graphics, and Animation

As the title suggests, this book explores the concepts of drawing, graphics and animation in the context of coding. In this endeavour, in addition to initiating the process with some historical perspectives on programming languages, it prides itself by presenting complex concepts in an easy-to-understand fashion for students, artists, hobbyists as well as those interested in computer science, computer graphics, digital media, or interdisciplinary studies.

Being able to code requires abstract thinking, mathematics skills, spatial ability, logical thinking, imagination, and creativity. All these abilities can be acquired with practice, and can be mastered by practical exposure to art, music, and literature. This book discusses art, poetry and other forms of writing while pondering difficult concepts in programming; it looks at how we use our senses in the process of learning computing and programming.

The Art of Coding contains a collection of learning projects for students, instructors and teachers to select specific themes from. Problems and projects are aimed at making the learning process entertaining, while also involving social exchange and sharing. This process allows for programming to become interdisciplinary, enabling projects to be co-developed by specialists from different backgrounds, enriching the value of coding and what it can achieve.

The authors of this book hail from three different continents, and have several decades of combined experience in academia, education, science and visual arts.

Source Code: The source code for the book can be accessed here.

Dr. Mohammad Majid al-Rifaie is a Senior Lecturer in Artificial Intelligence (AI) at the University of Greenwich, School of Computing and Mathematical Sciences. He is also a visiting lecturer at Goldsmiths, University of London, where he was a lecturer in computer science for two years, and a Senior Research Fellow at the Faculty of Life Sciences & Medicine, King’s London. He holds a PhD in Computational Swarm Intelligence (CSI) from Goldsmiths, University of London, and since the start of his PhD, he has published extensively in the field, covering both the theoretical grounds as well as the applications of computational swarm intelligence, Evolutionary Computation (EC), Machine Learning (ML), and Deep Neural Networks (DNNs). He has taught in higher education for more than a decade, mostly on subjects relevant to programming languages as well as concepts around the digital form, real-world applications, and philosophical issues around artificial intelligence and the arts. His work in the area has been featured multiple times in the media, including the British Broadcasting Corporation (BBC). Over the past ten years, he has developed a unique interdisciplinary research profile with more than 70 publications, including book chapters and journal and conference papers on CSI, EC, ML, and DNNs, as well as their applications in medical imaging, data science, philosophy, and the arts. In addition to speaking a few human languages, he speaks around a dozen machine languages.

Dr. Anna Ursyn is a professor and Computer Graphics Digital Media Area Head at the University of Northern Colorado. She combines programming with software and printmaking media, to unify computer generated and painted images, and mixed-media sculptures. Dr. Ursyn has had over 40 single juried and invitational art shows, and has participated in over 200 fine art exhibitions, including musea, such as over a dozen times at the ACM SIGGRAPH Art Galleries, as well as: Travelling shows; the Louvre, Paris; the NTT Museum in Tokyo (5000 texts and 2000 images representing the twentieth century), and Victory Media Network (the largest moving-image outdoor display, Dallas, Texas, https://victorypark.com/victory-media-network/). Her PhD was on art-science connections visualising processes and products in geology. Her research and pedagogical interests include integrated instruction in art, science, and computer art graphics. She has had articles and artwork published in books and journals. Since 1987, she has served as a Liaison,Organising and Program Committee member of International IEEE Conferences on Information Visualisation (iV) London, UK, and Computer Graphics, Imaging and Visualisation Conferences (CGIV). She also serves as Chair of the Symposium and Digital Art Gallery D-ART iV. Dr. Ursyn has published seven books and many book chapters. Her artwork was selected to be sent to the Moon by NASA as a part of the MoonArc Project by Carnegie Melon University and travelling shows including Centre Pompidou, Paris. Her work in the ABAD exhibition is in the permanent collections of the Museum of Modern Art in New York, and at the Los Angeles County Museum of Art. Website: Ursyn.com

Dr. Theodor Wyeld: As a self-taught code hack, I am just the sort of person this book appeals to. In my earlier years, I loved drawing, painting, and building things. Then I got a degree in architecture and ran my own business for a few years. Now I teach interaction design (mobile phone apps, web apps, Java GUIs, etc.) and 3D media studios (animation, VFX, motion capture, and so on). But I was always fascinated by the power of the computer – what could be done with it, how it worked, the way it could be used to manipulate various sources of information and re-present it in graphical ways. For me, it’s all about making sense of the world around us, interactively and graphically. I find the computer a great medium for exploring this notion. My latest interest is in 3D printing and artificial intelligence. I really believe, in time, we should be able to instruct computers to do the boring stuff so we can get on with being creative. This is a bit like my experience going from hand drawing perspective images in architecture to using computers to do the 3D modelling part (between the 1980s and 1990s). It meant I could spend more time on the outcomes and less on getting good at setting up the grids for a perspective drawing! For you, it might be letting Photoshop apply a filter to your digital drawing so you can get on with the overall composition, rather than having to learn a new tool. But, to be really innovative, you need to know how the tools work and even how to build your own tools. Then you can really set the world alight! For me, that’s what this book aims to do – give you the insights and inspiration to build your own tools, widgets, and apps,
creatively. 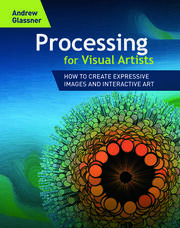 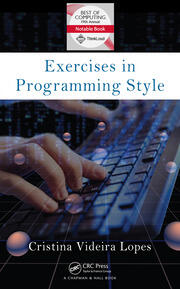 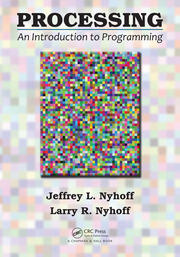