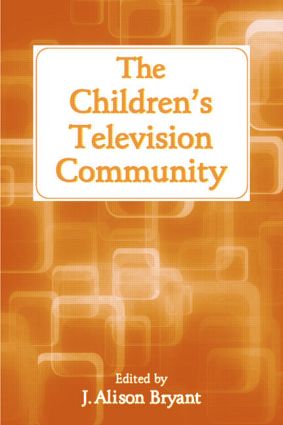 * perspectives from colleagues in various aspects of the media industry; and

* an eye-opening analysis of how decision-making affects what children are exposed to through television.

The Children’s Television Community is highly informative for educators, industry professionals, and practitioners in media, developmental psychology, and education.

"This excellent collection joins the growing literature on children and television…highly recommended." --CHOICE