The Circular Economy in Europe
Critical Perspectives on Policies and Imaginaries 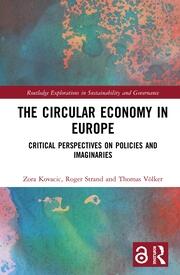 The Circular Economy in Europe: Critical Perspectives on Policies and Imaginaries

The Circular Economy in Europe presents an overview and a critical discussion on how circularity is conceived, imagined, and enacted in current EU policy-making. In 2013, the idea of a circular economy entered the stage of European policy-making in the efforts to reconcile environmental and economic policy objectives. In 2019 the European Commission declared in a press release that the Circular Economy Action Plan has been delivered. The level of circularity in the European economy, however, has remained the same.

Bringing together perspectives from social sciences, environmental economics and policy analysis, The Circular Economy in Europe provides a critical analysis of policies and promises of the next panacea for growth and sustainability. The authors provide a theoretical and empirical basis to discuss how contemporary societies conceive their need to re-organise production and consumption and explores the messy assemblage of institutions, actors, waste streams, biophysical flows, policy objectives, scientific disciplines, values, expectations, promises and aspirations involved.

This book is essential reading for all those interested in understanding how ideas about the circular economy emerged historically, how they gained traction and are used in policy processes, and what the practical challenges in implementing this policy are.

2 Limits to growth: historical antecedents of the circular economy

4 The circular economy: A concept in the making

5 Postulating circularity: biophysical flows and the problem of entropy

6 Imagining circularity: the circular economy as a sociotechnical imaginary

8 Governing circularity: how to govern in the nexus

PART III: The future of change

9 Narratives of stop and go

10 What kind of science is needed in a changing world?

11 From the sixteenth to the twenty-first century

Zora Kovacic is a post-doctoral research fellow at the Centre for the Study of the Sciences and the Humanities, at the University of Bergen, Norway. Kovacic was trained in the social sciences, with a Bachelor of Arts in Economics and Development Studies from the School of Oriental and African Studies (UK) and a Masters of Science in Environmental Studies from the Autonomous University of Barcelona (Spain) and the Technical University of Hamburg-Harburg (Germany), which included ecological economics and environmental engineering. Kovacic obtained her PhD in 2015 from the Institute of Environmental Science and Technology (ICTA) of the Autonomous University of Barcelona. Guided by post-normal science, her research focuses on the challenges of uncertainty and complexity that emerge when scientific knowledge is used in policy-making. She analyses and theorizes how quantitative evidence and uncertainty are mobilised in sustainability and development policies.

Roger Strand is Professor of Philosophy of Science at the University of Bergen, Norway, originally trained in the natural sciences with additional studies in philosophy and Classical Latin. Since 1993, he has been affiliated with the Centre for the Study of the Sciences and the Humanities (Senter for vitenskapsteori, SVT), University of Bergen, where he also served as the Director in the years 2005–2011. Throughout his research career, Strand has worked on issues of methodological underdetermination in science, scientific uncertainty and complexity. This has gradually led his research into broader strands of philosophy, ethics and social research and broader issues of policy, decision-making and governance at the science-society interface. He has led numerous research projects on the ethical and societal aspects of biotechnology emerging sciences and technologies, addressing the need for more dynamic governance of science in society.

Thomas Völker is a science and technology studies (STS) scholar currently working as a policy analyst in the research department of the Austrian Science Fund. Völker is initially trained in sociology, obtaining a Bachelor’s and Master’s degree from the University of Vienna. In his PhD thesis he studied “futuring” practices in transdisciplinary sustainability research from an STS perspective. After finishing his PhD at the University of Vienna in 2015, Völker joined the European Commission’s Joint Research Centre (JRC), where he developed his research interests towards questions about participatory decision-making at the multiple interfaces between science, policy and society. Völker has been working both in academia and policy with his research focusing on practices of knowledge production and circulation in environmental governance as well as on collective experiments with participatory democracy in policy making. 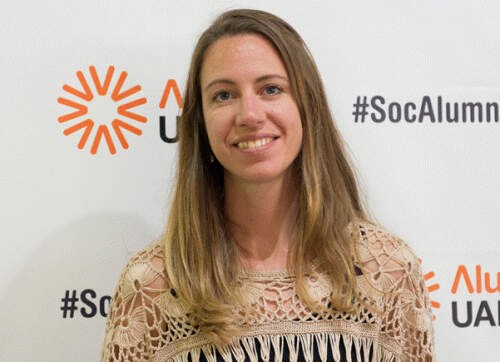