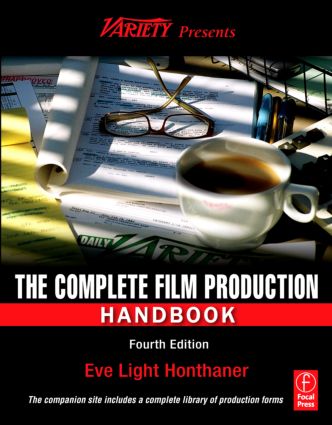 This book is for working film/TV professionals and students alike. If you're a line producer, production manager, production supervisor, assistant director or production coordinator--the book has everything you'll need (including all the forms, contracts, releases and checklists) to set up and run a production--from finding a production office to turning over delivery elements. Even if you know what you're doing, you will be thrilled to find everything you need in one place. If you're not already working in film production, but think you'd like to be, read the book -- and then decide. If you choose to pursue this career path, you'll know what to expect, you'll be prepared, and you'll be ten steps ahead of everyone else just starting out. New topics and information in the fourth edition include:* Low-budget independent films, including documentaries and shorts* Information specific to television production and commercials* The industry's commitment to go green and how to do it* Coverage of new travel and shipping regulations* Updated information on scheduling, budgeting, deal memos, music clearances, communications, digital production, and new forms throughout

Praise for previous editions:"Concise and complete, book is a how-to, how-not-to, where-to-find, where-to-go and what-to-do on filmmaking. A must for novices." - Variety "…practical, accessible and essential reference for novice filmmakers, and is highly recommended resource for even the more experienced movie producer." - Bookwatch "Do you want to save time? The Complete Film Production Handbook is a comprehensive review of everything relating to production management you thought you knew. This valuable collection of charts, forms, instructions, and guidelines is a must for producers, production managers, assistant directors, cinema students, and the industry as a whole. If you want to be up-to-date, this is a must-have handbook." - Howard Kazanjian, producer: Raiders of the Lost Ark, Return of the Jedi, Demolition Man "For anyone entering film production management, this book is a must own." Jay Roewe, Vice President of Production, HBO Films "I've recommended Eve's production handbook to several people in this industry as well as purchased copies for my employees here at MGM. I strongly recommend this latest edition." - Robert E. Relyea, President-Production, Metro-Goldwyn-Mayer Studios "Based on her hands-on experience, Eve has compiled a remarkably well-researched and up-to-date guide to the complexities of motion picture production. The Complete Film Production Handbook serves as an essential resources and invaluable tool for the film professional or student." -Ron Lynch, Executive Vide President of Production, Universal Pictures

Eve Honthaner has been working in the entertainment industry in the field of production management for many years. Some of her credits include: Titanic, Just Married, Joy Ride and In Dreams. In addition to teaching at USC's Summer Program, she's been an instructor at The International Film & TV Workshops in Rockport, Maine and she is the founder of the Los Angeles-based networking organization Film Industry Network.