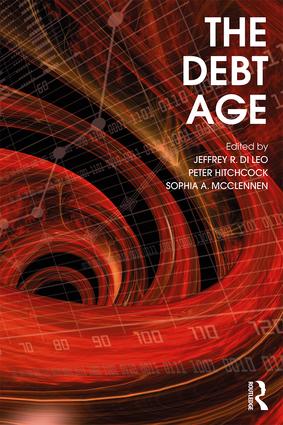 This collection of essays, by some of the most distinguished public intellectuals and cultural critics in America explores various dimensions of what it means to live in the age of debt. They ask, what is the debt age? For that matter, what is debt? Is its meaning transhistorical or transcultural? Or is it imbued in ideology and thus historically contingent? What is the relationship between debt and theory? Whose debt is acknowledged and whose is ignored? Who is the paradigmatic subject of debt? How has debt affected contemporary academic culture? Their responses to these and other aspects of debt are sure to become required reading for anyone who wants to understand what it means to live in the debt age.

This impressive collection of essays carries out an urgent task: to deepen our understanding of the contemporary regime of debt, not only to analyze how it works but to find ways to dismantle it. Along the way, we learn how debt underwrites so many of the institutions and practices that circumscribe our lives—from law, public policy, and banking all the way to the control of individual bodies and the immiseration of whole populations. The volume also offers a sustained conversation about the problem of student debt, which thus serves as a specific focal point for the critique of neoliberal governance and the project of debt resistance. Let’s face it: debt is a world-historical drag, and it’s time to bury that weight. The contributors to The Debt Age help us to think about how to make that happen.

Richard Dienst, author of The Bonds of Debt: Borrowing Against the Common Good

To call this book timely would be a gross understatement. Among the metrics of injustice that have arisen to make sense of our situation over the past decade, debt stands virtually alone in its ability to organize so many of the subtle structures of oppression and so much of the agency available to their victims. Matching its contributors beautifully to the diverse kinds, histories, scales, and politics of debt, this collection has the force and the sparkle of a single-authored volume, and an inspired one.

Bruce Robbins, author of The Beneficiary

These superb essays by widely renowned social and cultural theorists provide an essential cognitive mapping of the role of debt within the emerging oligarchic capitalism. Debt represents a speculative mode of capturing future social labor as present value. Debt not only encumbers and disciplines subjects, it produces a constellation of symbolic interactions that limit and constrain sociality and everyday life. This book is essential reading for critically apprehending our debt age and for imagining new tools by which we might smash the creditocracy.

Jeffrey R. Di Leo is Dean of the School of Arts and Sciences and Professor of English and Philosophy at the University of Houston-Victoria. He is editor and publisher of American Book Review, and the founder and editor of symploke. His most recent books include American Literature as World Literature (2018) and the Bloomsbury Handbook of Literary and Cultural Theory (forthcoming, 2018).

is Professor of English at the CUNY Graduate Center and Baruch College of the City University of New York. He is also on the faculty of Women’s Studies and Film Studies at the Graduate Center. He is the Associate Director of the Center for Place, Culture, and Politics at the Graduate Center. His recent books include The New Public Intellectual: Politics, Theory, and the Public Sphere (2016; co-edited with Jeffrey R. Di Leo) and Labor in Culture, or, Worker of the World(s) (2017).

is Professor of International Affairs and Comparative Literature at Penn State University and founding director of the Center for Global Studies. She studies human rights, globalization, media and politics, with two recent books on related topics Is Satire Saving Our Nation? (2014), coauthored with Remy Maisel, and The Routledge Companion to Literature and Human Rights (2015), co-edited with Alexandra Schultheis Moore. Her newest book is Globalization and Latin American Cinema: Towards a New Critical Paradigm (2018). She also has a column with Salon where she regularly covers politics and culture.