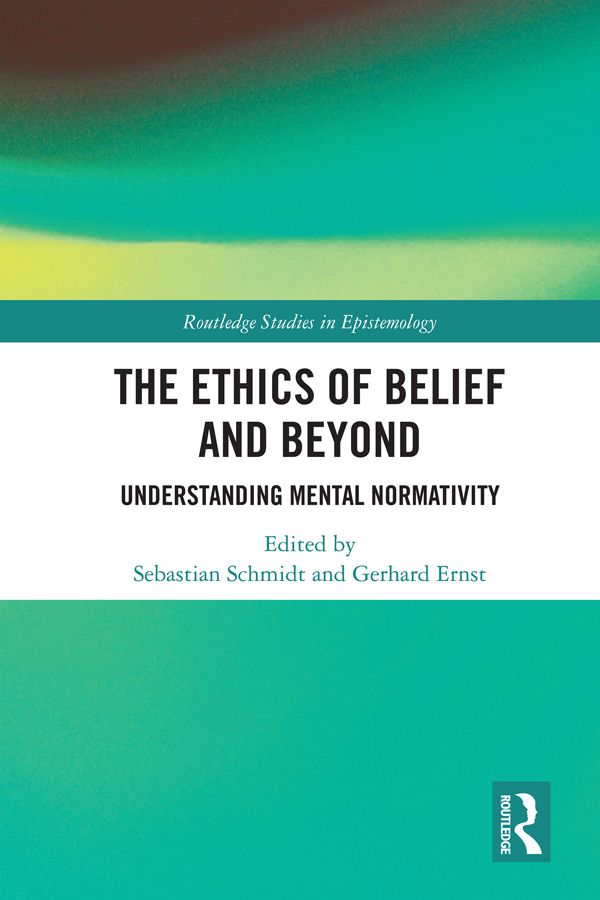 The Ethics of Belief and Beyond

This volume provides a framework for approaching and understanding mental normativity. It presents cutting-edge research on the ethics of belief as well as innovative research beyond the normativity of belief—and towards an ethics of mind. By moving beyond traditional issues of epistemology the contributors discuss the most current ideas revolving around rationality, responsibility, and normativity.

The book’s chapters are divided into two main parts. Part I discusses contemporary issues surrounding the normativity of belief. The essays here cover topics such as control over belief and its implication for the ethics of belief, the role of the epistemic community for the possibility of epistemic normativity, responsibility for believing, doxastic partiality in friendship, the structure and content of epistemic norms, and the norms for suspension of judgment. In Part II the focus shifts from the practical dimensions of belief to the normativity and rationality of other mental states—especially blame, passing thoughts, fantasies, decisions, and emotions. These essays illustrate how we might approach an ethics of mind by focusing not only on belief, but also on debates about responsibility, rationality, the normativity of involuntary mental states.

The Ethics of Belief and Beyond paves the way towards an ethics of mind by building on and contributing to recent philosophical discussions in the ethics of belief and the normativity of other mental phenomena. It will be of interest to upper-level students and researchers working in epistemology, ethics, philosophy of action, philosophy of mind, and moral psychology.

"Specialists in the ethics of action and the nature of practical reason now routinely interact with specialists in epistemology and the normativity of belief to address broader issues in the normativity of all kinds of mental states. As both fields learn from another, new questions and new avenues for inquiry come into view. This is a welcome collection of new essays by first-rate philosophers in the emerging field of mental normativity." – Peter J. Graham, University of California, Riverside, USA

1. Introduction: Towards an Ethics of Mind

A. Doxastic Agency and Responsibility

2. Implications of the Debate on Doxastic Voluntarism for W. K. Clifford’s Ethics of Belief

3. Believing as We Ought and the Democratic Route to Knowledge

B. Reasons for Belief

5. Relationships and Reasons for Belief

7. Suspension of Judgment, Rationality’s Competition, and the Reach of the Epistemic

Part II: Facets of an Ethics of Mind

A. Responsibility, Reasons, and Rationality

B. The Ethics of Blame, Fear, Decision, Passing Thought, and Phantasy

11. How Safe Should We Feel? The Ethics of Fear in the Public Sphere

13. Silence and Salience: On Being Judgmental

14. The Value of a Free and Wandering Mind

Sebastian Schmidt is a Postdoctoral Researcher in Philosophy at the University of Zurich at the chair for Theoretical Philosophy (Anne Meylan). His research in epistemology and metaethics focusses on responsibility and reasons for attitudes.

holds a chair for Philosophy at the Friedrich-Alexander-Universität Erlangen-Nürnberg (Germany). Since 2018 he is president of the Deutsche Gesellschaft für Philosophie (German Society for Philosophy). His main research areas are epistemology and metaethics. His works include Das Problem des Wissens (The Problem of Knowledge) (2002) and Die Objektivität der Moral (The Objectivity of Morality) (2008).