This self-explanatory guide introduces the basic fundamentals of the Finite Element Method in a clear manner using comprehensive examples. Beginning with the concept of one-dimensional heat transfer, the first chapters include one-dimensional problems that can be solved by inspection. The book progresses through more detailed two-dimensional elements to three-dimensional elements, including discussions on various applications, and ending with introductory chapters on the boundary element and meshless methods, where more input data must be provided to solve problems. Emphasis is placed on the development of the discrete set of algebraic equations. The example problems and exercises in each chapter explain the procedure for defining and organizing the required initial and boundary condition data for a specific problem, and computer code listings in MATLAB and MAPLE are included for setting up the examples within the text, including COMSOL files.

Widely used as an introductory Finite Element Method text since 1992 and used in past ASME short courses and AIAA home study courses, this text is intended for undergraduate and graduate students taking Finite Element Methodology courses, engineers working in the industry that need to become familiar with the FEM,  and engineers working in the field of heat transfer. It can also be used for distance education courses that can be conducted on the web.

Highlights of the new edition include:

- Inclusion of MATLAB, MAPLE code listings, along with several COMSOL files, for the example problems within the text. Power point presentations per chapter and a solution manual are also available from the web.

- Additional introductory chapters on the boundary element method and the meshless method.
- Revised and updated content.
-Simple and easy to follow guidelines for understanding and applying the Finite Element Method.

Dr. Pepper is presently Professor of Mechanical Engineering and Director of the Nevada Center for Advanced Computational Methods at the University of Nevada Las Vegas. He was appointed Distinguished Visiting Professor at the US Air Force Academy where he taught from 2011-2013. He served as an ASME Congressional Fellow in 2004, working for US Senator Dianne Feinstein in Washington, DC. He was Interim Dean of the UNLV College of Engineering in 2002 and served as Chairman of the Department of Mechanical Engineering from 1996-2002. He obtained his B.S.M.E. (1968), M.S.A.E. (1970), and Ph.D. (1973) degrees from the University of Missouri-Rolla (now MS&T). Following graduation, he worked for DuPont at the Savannah River Laboratory in Aiken, SC, where he held various technical and managerial positions. In 1987 he became Chief Scientist of the Marquardt Company, an aerospace propulsion company located in Van Nuys, CA. Dr. Pepper co-founded and was CEO of Advanced Projects Research, Inc., an R&D company involved with development and application of computational methods in fluid dynamics, heat transfer, and environmental transport. He has published over 300 technical papers on fluid dynamics, heat transfer, and environmental transport topics, and authored/co-authored six books on advanced numerical modeling and one on indoor air dispersion. He is a Life Fellow of the American Society of Mechanical Engineers, Associate Fellow of the American Institute of Aeronautics and Astronautics, and a Fellow of Wessex Institute. Dr. Pepper is currently an editor of the J. of Thermodynamics, Associate Editor of Computational Thermal Sciences, was Associate Editor of the ASME J. of Heat Transfer from 2010-2013, and was Associate Editor of the AIAA J. Thermophysics and Heat Transfer from 1990-1997. In 2008, Dr. Pepper was awarded the Eric Reissner Medal for his work in computational methods. In 2010, he received the Harry Reid Silver State Research Medal. In 2011, he received the AIAA Distinguished Service Award and in 2012 the AIAA Energy Systems Award. Dr. Heinrich is Emeritus Professor of Mechanical Engineering in the Department of Mechanical Engineering at the University of New Mexico. He served as Chair of the Department from 2004-2012. Dr. Heinrich previously was a member of the faculty in the Department of Mechanical and Aerospace Engineering at the University of Arizona. He received his undergraduate degree from Universidad Católica de Chile and his Ph.D. in Mathematics/Numerical Analysis from the University of Pittsburgh. He is a Fellow of the ASME and member of the ASEE, and acts as a consultant to several international institutions. He is currently editor, advisor and reviewer for a variety of technical journals, including Computer Methods in Applied Mechanics and Engineering and Progress in Computational Fluid Dynamics. He has been a consultant for several major corporations and published over 100 technical papers in the area of finite element analysis. He is co-author of the book Intermediate Finite Element Method. Fluid Flow and Heat Transfer Applications with D.W. Pepper.

"I found the book easy to read, clearly written using simple language that novices and experts in the area of Finite Element analysis will probably find amicable. It covers a range of finite element applications that nonstructural engineers and scientists from different fields will appreciate either to start learning about them or as a reference for the day-to-day practice. Overall, I think that this is a great book if the reader is looking for a nonstructural approach, that is also easy to follow and that covers a range of topics that can be useful in different engineering fields and for multiphysicalapplications."
—Eduardo M. Sosa, West Virginia University, USA

"In the current book, as in the previous editions the basics of the finite element method are introduced in a simple way always followed by illuminating examples. Part of the book focuses in the development of the discrete set of algebraic equations in more than one dimensions originated from concrete real-life problems. The usage of MATLAB, and MAPLE and COMSOL is recommended for especially the multidimensional problems (see the appendices E and F) although FORTRAN, JAVA, C/C++ or other commercially available finite element codes can be used.
There are many books in this area. I consider, the third edition of this book to be one of the best for students, researchers and practitioners in this area."
— Ioannis K. Argyros, Cameron University, Oklahoma, USA 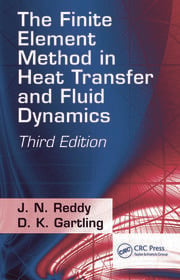 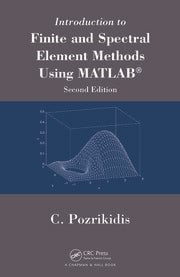 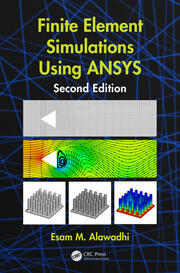