The Future of Payment Systems 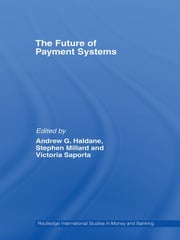 The Future of Payment Systems

Drawing on wide-ranging contributions from prominent international experts and discussing some of the most pressing issues facing policy makers and practitioners in the field of payment systems today, this volume provides cutting-edge perspectives on the current issues surrounding payment systems and their future.

It covers a range of continually important topics, including:

Produced in association with the Bank of England, this book is fascinating reading for practitioners and policy makers in the field of payment systems, as well as students and researchers engaged with the economics of payments and central banking policy.