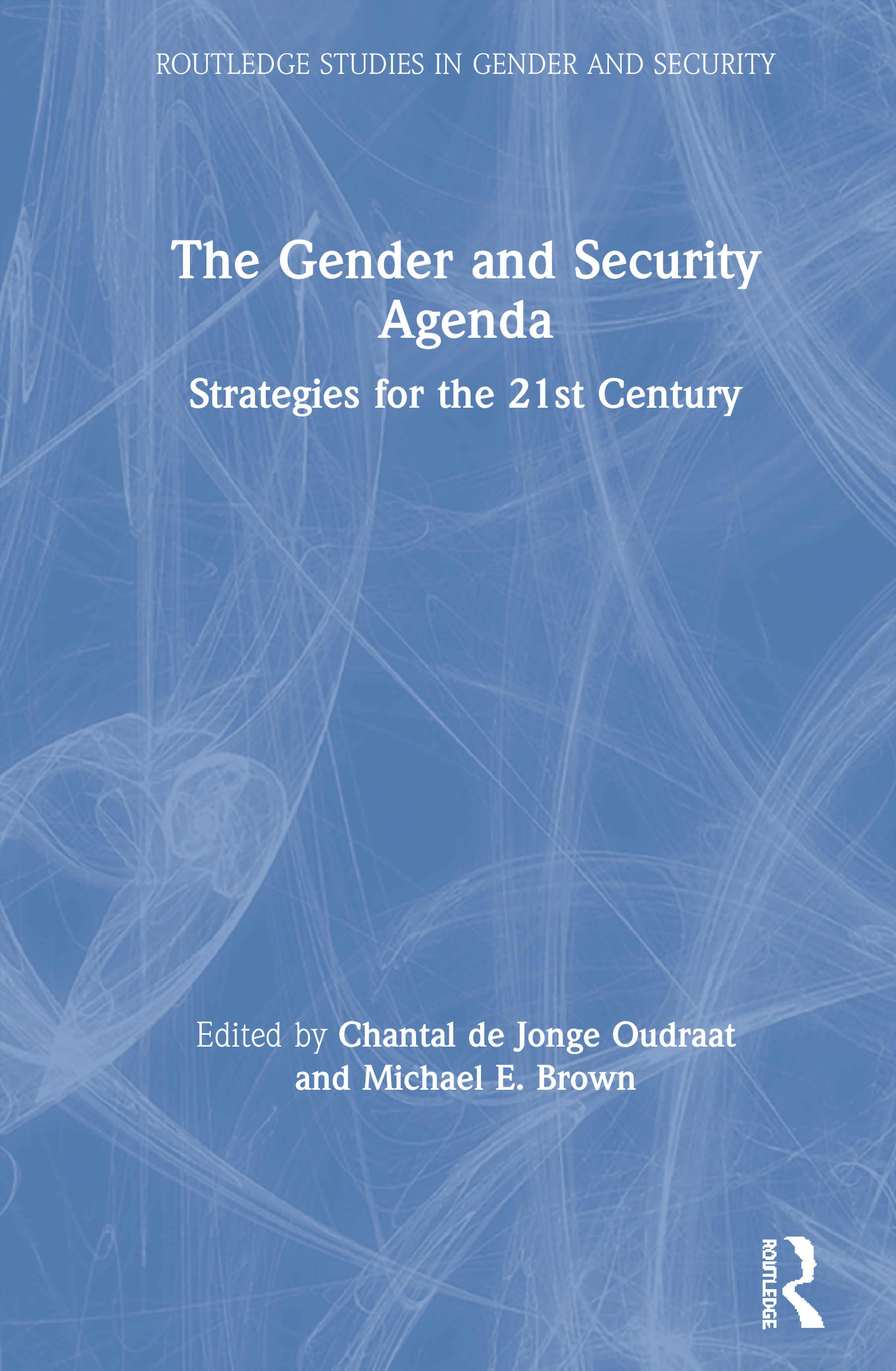 The Gender and Security Agenda

This book examines the gender dimensions of a wide array of national and international security challenges.

Each chapter also examines a common set of key factors across the issue areas: obstacles to progress; drivers of progress; and long-term strategies for progress in the 21st century. The volume develops key scholarship on the gender dimensions of security challenges and thereby provides a foundation for improved strategies and policy directions going forward. The lesson to be drawn from this study is clear: if scholars, policymakers and citizens care about these issues, then they need to think about both security and gender.

This will be of much interest to students of gender studies, security studies, human security and International Relations in general.

'This refreshingly engaging book with multidimensional perspectives is a must-read for all. It is an outstanding contribution to global discourse on women’s equality and empowerment in the crucial area of peace and security. The substantive, powerful and well-articulated writings add to a comprehensive understanding of the women, peace and security agenda which enters its third decade.'--Ambassador Anwarul K. Chowdhury, Former Under-Secretary-General of the United Nations and President of the UN Security Council in March 2000

'If you have been waiting for a pragmatic book on gender and security, this is it. Every fact-filled chapter is organized around the obstacles, drivers, and strategies for improving gender-based security, focusing on the "gender balance of power" as "the ultimate balance of power in human affairs."'-- Jack Snyder, Robert and Renée Belfer Professor of International Relations, Columbia University, USA

'Global security in all its dimensions can never be achieved until the security community takes gender and women’s equality seriously. The authors of this fine book tell us why. A must read for those in the security community – scholars, activists and policymakers alike who aspire to creating a more peaceful world.'-- J. Ann Tickner, Distinguished Scholar in Residence, American University, USA

'This edited volume features an all-star line up of some of the most articulate voices within the Women, Peace, and Security community today. One could not ask for a more approachable, one-stop shop of all things WPS. An extremely useful contribution that will surely have a long shelf life!'-- Valerie M. Hudson, Professor and George H.W. Bush Chair, Texas A&M University, USA

Chantal de Jonge Oudraat is President of Women In International Security (WIIS). She has held senior positions at the US Institute of Peace, the Carnegie Endowment for International Peace, and the United Nations Institute for Disarmament Research in Geneva.

is a Professor at George Washington University’s Elliott School of International Affairs, USA.

Routledge Studies in Gender and Security

The Routledge Studies in Gender and Security series looks to publish books at the intersection of gender studies, international relations, and Security Studies. It will publish a broad sampling of work in gender and security – from private military companies to world wars, from food insecurity to battlefield tactics, from large-n to deconstructive, and across different areas of the world. In addition to seeking a diverse sampling of substantive work in gender and security, the series seeks a diverse author pool – looking for cutting-edge junior scholars alongside more established authors, and authors from a wide variety of locations and across a spectrum of backgrounds.