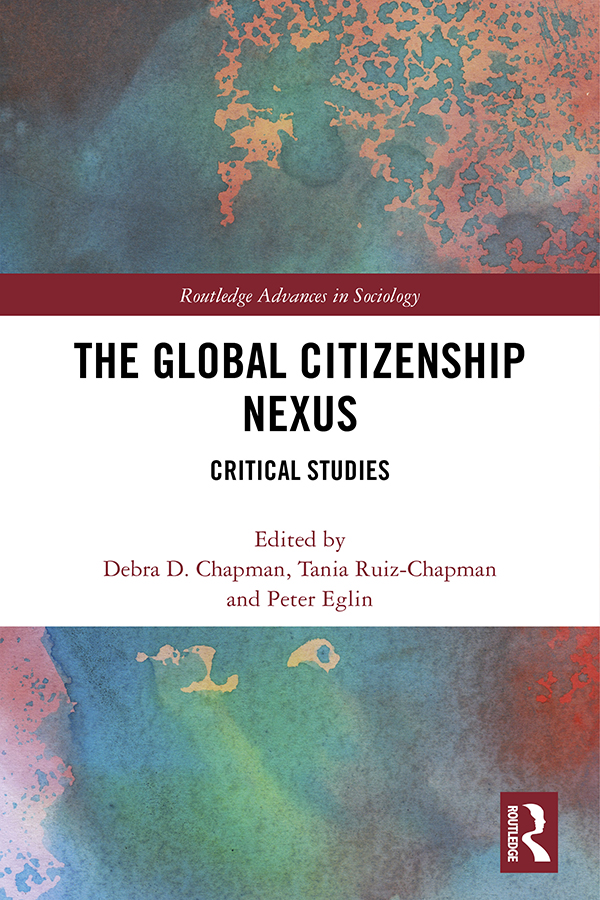 In the spirit of Ivan Illich’s 1968 speech ‘To hell with good intentions’, the book takes aim at a ubiquitous form of contemporary ideology, namely the concept of global citizenship.

Its characteristic discourse can be found inhabiting a nexus of four complexes of ‘ruling’ institutions, namely universities with their international service learning, the United Nations and allied international institutions bent on global citizenship education, international non-governmental organizations and foundations promoting social entrepreneurship, and global corporations and their mouthpieces pitching corporate social responsibility and sustainable development. The question is: in the context of Northern or Western imperialism and US-led, neoliberal, global, corporate capitalism, and the planetary Armageddon they are wringing, what is the concept of global citizenship doing for these institutions? The studies in the book put this question to each of these four institutional complexes from broadly political-economic and post-colonial premises, focusing on the concept’s discursive use, against the background of the mounting production of the global non-citizen as the global citizen’s ‘other’.

Addressed to all users of the concept of global citizen(ship) from university students and faculty in global studies to social entrepreneurs and United Nations bureaucrats, the book’s studies ultimately ask whether the idea helps or hinders the global quest for social and economic justice.

Part I: Stance and Origin

2. Global Citizenship Education and The Making of America’s Neoliberal Empire

3. The Cartesian Subject as Global Citizen, the Migrant as Non-human: Humanity, Subjectivity and Citizenship at the U.S.-Mexican Border

6. Global Citizenship Education and its Discontents, from the Global North to the Global South

8. International Policy Influencers and their Agendas on Global Citizenship: A Critical Analysis of OECD and UNESCO Discourses

10. The Social Entrepreneur as Global Citizen: A Critical Appraisal of a Theory of Social Change

Debra D. Chapman is Professor of Global Studies, Political Science and North American Studies at Wilfrid Laurier University. She has authored The Struggle for Mexico: State Corporatism and Popular Opposition (2012).

is a PhD candidate in Social Justice Education at the Ontario Institute for Studies in Education of the University of Toronto.

is Emeritus Professor of Sociology, Wilfrid Laurier University. His publications include The Montreal massacre: a story of membership categorization analysis (2003) and A sociology of crime (2nd ed., 2017), both with Stephen Hester.