The Minipig in Biomedical Research

The Minipig in Biomedical Research

The Minipig in Biomedical Research is a comprehensive resource for research scientists on the potential and use of the minipig in basic and applied biomedical research, and the development of drugs and chemicals. Written by acknowledged experts in the field, and drawing on the authors’ global contacts and experience with regulatory authorities and the pharmaceutical and other industries, this accessible manual ranges widely over the biological, scientific, and practical uses of the minipig in the laboratory. Its coverage extends from the minipig’s origins, anatomy, genetics, immunology, and physiology to its welfare, health, and husbandry; practical dosing and examination procedures; surgical techniques; and all areas of toxicity testing and the uses of the minipig as a disease model. Regulatory aspects of its use are considered.

The reader will find an extensive amount of theoretical and practical information in the pharmacology; ADME and toxicology chapters which will help scientists and managers when deciding which species to use in basic research; drug discovery and pharmacology; and toxicology studies of chemicals, biotechnology products and devices. The book discusses regulatory uses of minipigs in the evaluation of human and veterinary pharmaceuticals, medical devices, and other classes of xenobiotics. It describes features of normal health, normal laboratory values, and common diseases. It also carefully elucidates ethical and legal considerations in their supply, housing, and transport. The result is an all-inclusive and up to date manual about the experimental uses of the minipig that describes ‘How to’ and ‘Why’ and ’What to expect in the normal’, combining enthusiasm and experience with critical assessment of its values and potential problems.

Anthony Dayan worked as a pathologist before joining the pharmaceutical industry as a toxicologist and subsequently returning to head a university department of toxicology in London. He has been a member of official and industrial advisory committees on animal experimentation and the safety of medicines, foods and pesticides in the UK and internationally. He has been a consultant to many companies on drug and chemical safety programmes.

Kenneth Hastings was trained at the University of North Carolina at Chapel Hill and the Chemical Industry Institute of Toxicology. After Peace Corps service with the Ministry of Health, Republic of Fiji, he was a Research Associate in the Department of Anesthesiology, College of Medicine, University of Arizona. He then joined the US Food and Drug Administration, Center for Drug Evaluation and Research, Division of Anti-viral Drug Products, where he reviewed many of the early drugs for treatment of HIV/AIDS and related diseases. He served as supervisory toxicologist in the Division of Special Pathogen and Immunologic Drug Products, where he was part of review teams for tropical disease and transplant drugs. He concluded his career at FDA as an Associate Director in the Office of New Drugs. He represented the Agency on many regulatory initiatives, such as the International Conference on Harmonisation (ICH). After government service, he joined Sanofi-Aventis as Associate Vice-President for Regulatory Policy. He has served as President of the American College of Toxicology, the American Board of Toxicology, and the Immunotoxicology Specialty Section of the Society of Toxicology.

Peter McAnulty was trained at the University of London, and worked on various biochemical studies at the Institute of Child Health, part of London University. He then moved to Cambridge University and the Strangeways Research Laboratory, and began biochemistry and immunology research for the WHO. Dr. McAnulty began his CRO career at Life Science Research, where he became a toxicologist, and specialised in reproductive studies. When LSR became Pharmaco LSR, he became the Director of Pharmaceutcal Toxicology, and after that he was Principal Toxicologist at HLS. After that, Dr. McAnulty moved to Denmark and became the Scientific Director of Scantox. He has been a member of the Board of Directors of the American Board of Toxicology, and has been their President (2002-2003). He joined Ferring Pharmaceuticals in 2001, in the position of Executive Director, Nonclinical Development. In 2010 Dr. McAnulty became an Independent Nonclinical Consultant.

Niels-Christian Ganderup trained first in experimental biology and has had special experience of toxicology and ecotoxicology. Since 2005, he has been generally concerned with best use of the minipig in the biomedical sciences. His principal role has been active engagement world-wide with academic, pharmaceutical and other industrial research organisations and CROs in comparing the value of the minipig and other species in research and testing programmes in pharmacology and toxicology.

His broad interests cover the ‘Can I …?’, ‘How can I …?’ and ‘Who can show me how to …?’ questions. This has led him to facilitate cross-company and inter-organisation research consortia to extend scientific knowledge about the minipig and its uses in biomedical research. To further increase collaboration and to improve knowledge of techniques Niels-Christian Ganderup founded the Minipig Research Forum, a non-profit organisation, which organises annual scientific conferences in Europe and North America about all aspects of the use of minipigs in biomedical research. He is a regular speaker at conferences and is often consulted by universities, CROs and industrial groups about many aspects of the use of the minipig ranging from health and husbandry to training in experimental techniques and the development of new procedures.

"…the breadth and scope of this book extends into other disciplines by exploring mini pigs as a disease model for a myriad of conditions including diabetes mellitus, osteoporosis, atherosclerosis, and oral disease. Wound healing, xenotransplantation, and immunology issues are covered thoroughly as well The text does an excellent job of explaining what is currently known while also highlighting areas where standard protocols are lacking and areas where more research is needed, such as characterizing and sequencing the porcine genome. This may spur further investigations into the biology of mini pigs by increasing researcher confidence and comfort level working with this species in the future."
—Kristy Conn

"Overall, this book will be a very useful reference source on the minipig for anyone involved with this species in biomedical research. lt has elements that will also be of value to toxicologists, and what information is not covered in the book can probably be found through the references provided."
—Guy Healing, AstraZeneca, UK, BTS Newsletter, Issue 41, December, 2012

"This text, The Minipig In Biomedical Research, does an excellent and thorough job of enhancing the merits of the minipig in biomedical research and investigation. The authors underscore the usefulness as well as the shortfalls of the minipig in research as a way to show the laboratory and regulatory community the value and benefits of their use. ... The text is well written, easy to read, and organized in such a way as to make navigation easy for researchers, laboratory technicians, and regulatory personnel."
—Sandra L. Jex, ALN Magazine, April 28, 2012

"… a comprehensive resource … written by experts in the field … There is simply no other reference on the topic that offers the depth, detail, bibliographic citations and research connections as does this, making it a unique and top reference for health and science collections alike."
—Midwest Book Review, February 2013 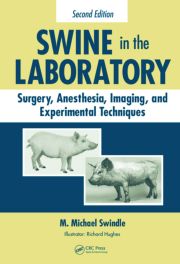 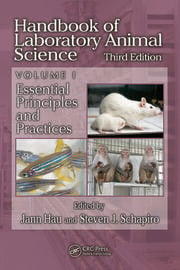 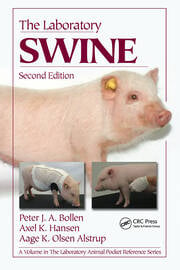