The Nature of Temporal (t > 0) Science
A Physically Realizable Principle

The Nature of Temporal (t > 0) Science: A Physically Realizable Principle

The author has shown that practically all our laws, principles, and theories are not physically realizable, since they were derived from an empty space paradigm. From which this book is started with the origin of our temporal (t > 0) universe, it shows that temporal subspace is a physically realizable space within our universe. As in contrasted with generally accepted paradigm where time is an independent variable. From which the author has shown that it is not how rigorous mathematics is, but it is the temporal (t > 0) space paradigm determines the physically realizable solution. Although Einstein’s relativity and Schrödinger's principle had revolutionized the modern science, this book has shown that both theory and principle are physically non-realizable since they were developed from an empty space paradigm. One of the most important contribution of this book must be the revolutionary idea of our temporal (t > 0) space, for which the author has shown that absolute certainty exists only at the present (t = 0) moment. Where past-time information has no physical substance and future-time represents a physically realizable yet uncertainty. From which the author has shown that all the existent laws, principles, and theories were based on past-time certainties to predict the future, but science is supposed to be approximated. The author has also shown that this is precisely our theoretical science was developed. But time independent laws and principles are not existed within our temporal universe, in view of the author’s temporal exclusive principle. By which the author has noted that timeless science has already created a worldwide conspiracy for examples such as superposition principle, qubit information, relativity theory, wormhole travelling and many others. This book has also shown that Heisenberg’s uncertainty is an observational principle independent with time, yet within our universe everything changes with time. In this book the author has also noted that micro space behaviors the same as macro space regardless of the particle size. Finally, one of interesting feature is that, that big bang creation was ignited by a self-induced gravitational force instead by time as commonly believed. Nevertheless, everything has a price to pay; a section of time ∆t and an amount of energy ∆E and it is not free. The author has also shown that time is the only variable that cannot be changed. Although we can squeeze a section of time ∆t as small as we wish but we can never able to squeeze ∆t to zero even we have all the needed energy. Nevertheless, this revolutionary book closer to the truth is highly recommended to every scientist and engineer, otherwise we will forever be trapped within the timeless fantasyland of science.

Francis T. S. Yu received his B.S.E.E. degree from Mapua Institute of Technology Manila, Philippines, and his M.S. and Ph.D. degrees in Electrical Engineering from the University of Michigan. He has been a consultant to several industrial and governmental laboratories. He is an active researcher in the fields of optical signal processing, holography, information optics, optical computing, neural networks, photorefractive optics, fiber sensors, and photonic devices. He has published over five hundred papers, to which over three hundred are referred. He has served as an associate editor editorial board member and guest editor for various international journals. He is the author and co-author of nine books. Dr. Yu is a life fellow of IEEE and a fellow of OSA, SPIE, and PSC. 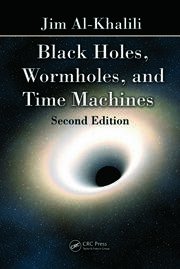 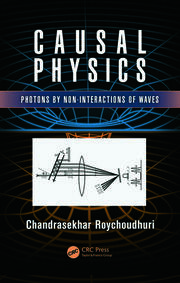 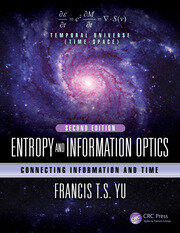