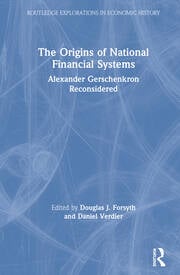 This book poses a systematic challenge to Alexander Gerschenkron's 1950s thesis on universal banks. With contributions from leading scholars such as Ranald Michie and Jaime Reis, this well written book provides solid and intriguing arguments throughout.