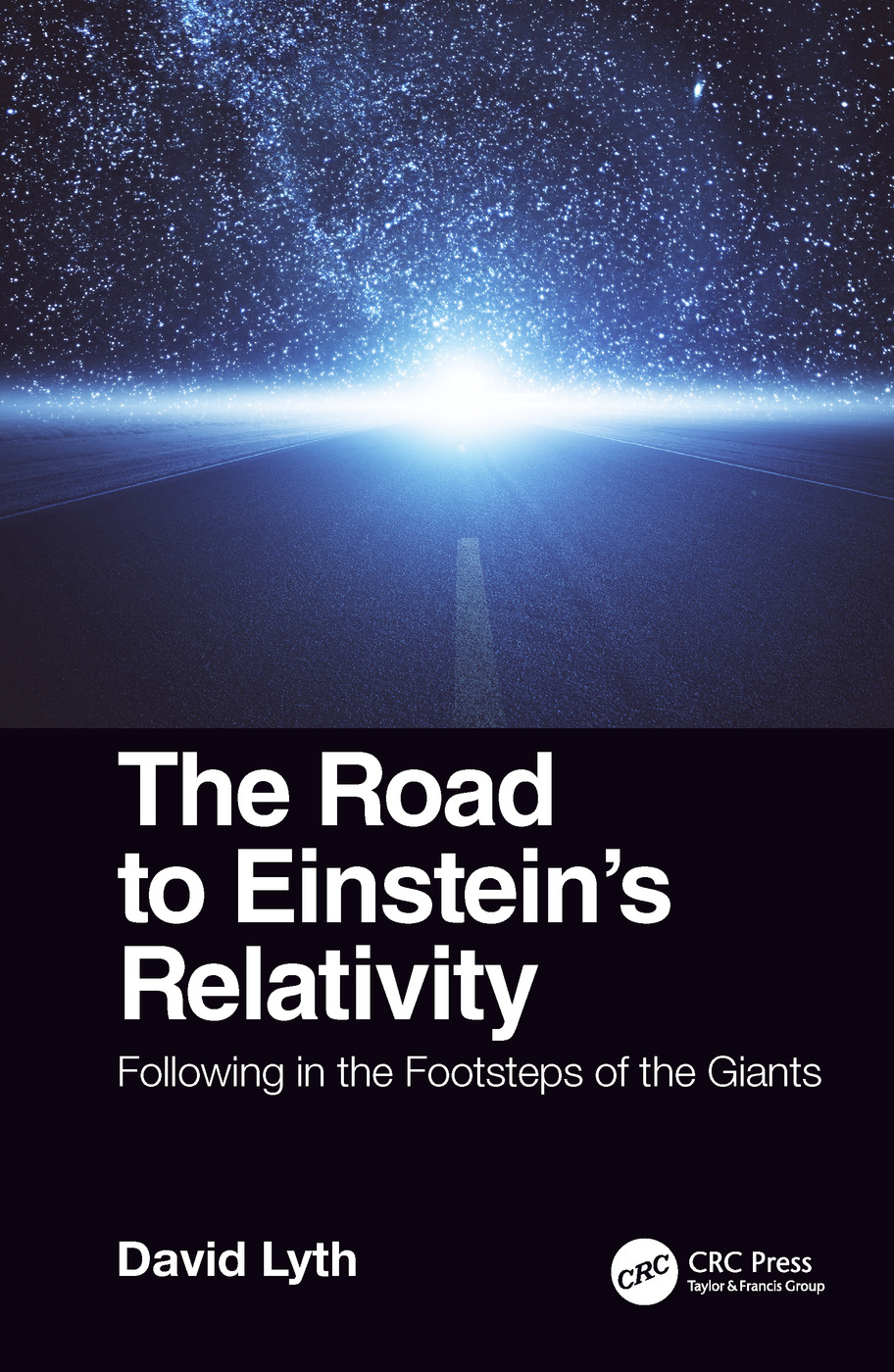 The Road to Einstein's Relativity

Following in the Footsteps of the Giants, 1st Edition

Expertly guided by renowned cosmologist Dr. David Lyth, learn about the pioneering scientists whose work provided the foundation for Einstein’s formulation of his theories of relativity, and about Einstein's groundbreaking life and work as well.

This highly readable and accessible panorama of the field delicately balances history and science as it takes the reader on an adventure through the centuries. Without complex mathematics or scientific formulae, this book will be of interest to all, even those without a scientific background, who are intrigued to find out more about what paved the way for one of our most famous physicists to push the boundaries of physics to new lengths.

"Lyth, emeritus professor at the UK's Lancaster University and a well-known specialist in cosmology, has written a brief, readable history of the physical theories leading up to the conception of Einstein's general theory of relativity. The history is told through the biographies of ten scientists who were instrumental in laying the groundwork for general relativity.

The list of scientists is worth enumerating here: Archimedes, Copernicus, Kepler, Galileo, Newton, Oersted, Faraday, Ampere, Maxwell, and Einstein. Each of the brief biographies is a delight and would be worth reading as an introduction to these great men. The essays contain the standard factual information (such as Kepler's development of three laws to describe the shape of planetary orbits) as well as extra tidbits that add color and depth to the scientist’s life (for example, Kepler wrote science fiction in his spare time and also a book on the symmetry of snowflakes).

Supplementing the biography is a short discussion of the contributions of each scientist and how they propelled us toward general relativity. This book is well worth a spot in a college and community college library. Readers of all levels will find something of interest within.

Summing Up: Highly recommended. All levels."

—A. Spero, formerly of the University of California in CHOICE, August 2019

is an Emeritus Professor of Physics at Lancaster University, UK. He has made several key advances in cosmology, and received the Hoyle medal and prize from the Institute of Physics in 2012. He has written three academic physics books.

Dr. Lyth has been responsible for many of the key advances in the theory of inflation, and has devised many of the analytical tools that are now widely used by the theoretical cosmology community. His work is always characterised by an incisive clarity. Although mathematically sophisticated, it always maintains contact with observation. The methods he developed have become the standard language for those who compare observational data obtained by the Cosmic Background Explorer (COBE) and the Wilkinson Microwave Anisotropy Probe (WMAP) with the predictions of inflationary theory. While much work on inflation has been purely phenomenological, Lyth has linked cosmology with fundamental physics, particularly extensions of the Standard Model.

In 2000, together with Andrew Liddle, he published a textbook on cosmological inflation and large-scale structure that has become the standard reference and an essential resource for everyone in the field. They followed this up in 2009 with the first graduate level textbook devoted specifically to the primordial density perturbation. Both books exemplify David's dedication to accurate scholarship and his ability to make complex concepts accessible.