The Routledge Handbook of Moral Epistemology 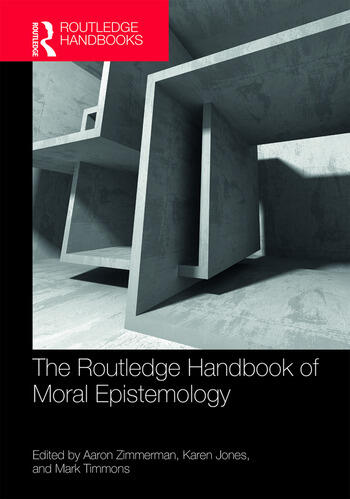 The Routledge Handbook of Moral Epistemology


The Routledge Handbook of Moral Epistemology

brings together philosophers, cognitive scientists, developmental and evolutionary psychologists, animal ethologists, intellectual historians, and educators to provide the most comprehensive analysis of the prospects for moral knowledge ever assembled in print. The book’s thirty chapters feature leading experts describing the nature of moral thought, its evolution, childhood development, and neurological realization. Various forms of moral skepticism are addressed along with the historical development of ideals of moral knowledge and their role in law, education, legal policy, and other areas of social life.

• Accounts of the normative practices of animals by expert animal ethologists

• An overview of the evolution of cooperation by preeminent evolutionary psychologists

Aaron Zimmerman is Professor of Philosophy at University of California, Santa Barbara, and the author of two books: Moral Epistemology (2010) and Belief: A Pragmatic Picture (2018).

is Senior Lecturer at the University of Melbourne. She has written extensively about trust, what it is, and when it is justified. She is the coeditor, with Francois Schroeter, of The Many Moral Rationalisms (2018). Much of her work is from a feminist perspective.

is Professor of Philosophy at the University of Arizona. He specializes in Kant’s ethics and metaethics. A collection of his essays on Kant, Significance and System: Essays on Kant’s Ethics was published in 2017. He is currently at work on two books: one on Kant’s doctrine of virtue and another (with Terry Horgan) on moral phenomenology.