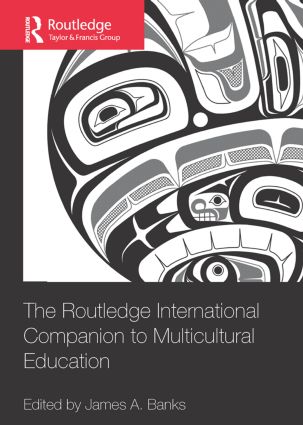 Edited by James A. Banks

This volume is the first authoritative reference work to provide a truly comprehensive international description and analysis of multicultural education around the world. It is organized around key concepts and uses case studies from various nations in different parts of the world to exemplify and illustrate the concepts. Case studies are from many nations, including the United States, the United Kingdom, Canada, Australia, France, Germany, Spain, Norway, Bulgaria, Russia, South Africa, Japan, China, India, New Zealand, Malaysia, Singapore, Indonesia, Brazil, and Mexico. Two chapters focus on regions— Latin America and the French-speaking nations in Africa. The book is divided into ten sections, covering theory and research pertaining to curriculum reform, immigration and citizenship, language, religion, and the education of ethnic and cultural minority groups among other topics.

With forty newly commissioned pieces written by a prestigious group of internationally renowned scholars, The Routledge International Companion to Multicultural Education provides the definitive statement on the state of multicultural education and on its possibilities for the future.

"Even for a writer and academic of such caliber as James Banks, this book is a tour de force…. The splendid editing has produced assured writing as well as authoritative views and analysis throughout, and this means that however complex the ideas, it is remarkably easy to read…. The writers’ ideology and their depth of analysis means that the book looks forward as well as capturing so much of what has brought us to where we are now."--Race Equality Teaching

"Collectively the chapters present an invaluable foundation to monitor multicultural policy situations and practices globally…. K-12 practitioners as well as scholars of multicultural education can benefit by dipping into various chapters of interest located in the International Companion."--Teachers College Record

"This, the third volume in an impressive series by Routledge, will long be a definitive resource on international multicultural education…. It is a must buy for all colleges around the world and an agreeable desk volume and thoughtful stimulus for educators and scholars."--Multicultural Review

"This book is essential reading for educators, policy makers, researchers, and scholars interested in the promotion of a multicultural education that is truly participatory…Its scope is especially critical for a time when the migration of so many people globally makes it ever more necessary not only to understand one’s local context, but also the context from which newcomers to the community come."--Education Review

"The Routledge International Companion to Multicultural Education is a monumental undertaking….Over the years, the various edited volumes by Banks have consistently shown him to be a systematic, thorough, and thoughtful manager of research undertakings….The Routledge Companion, along with other edited collections by James A. Banks, is destined to be an indispensable reference for anyone interested in the field of multicultural education."--Comparative Education Review

"I strongly recommend this volume as both fascinating reading and as a valuable resource for teachers and researchers at all levels in multicultural education and related fields. All of us owe significant debt to Jim Banks for his leadership in the field, as well as to the 150 other scholars who served as authors, reviewers, and advisors for this landmark volume."--Multicultural Education

"The contributions in this volume reflect a level of engagement and dedication, which sustain our hope for a more inclusive and equitable society."--Race Ethnicity and Education

Part Nine: The Education of Ethnic and Cultural Minority Groups in Europe

Part Ten: The Education of Ethnic and Cultural Minority Groups in Asia and Latin America

James A. Banks is the Kerry and Linda Killinger Professor of Diversity Studies and Founding Director of the Center for Multicultural Education at the University of Washington, Seattle. He is a past president of the American Educational Research Association (AERA) and the National Council for the Social Studies (NCSS). His books include the Handbook of Research on Multicultural Education; Diversity and Citizenship Education: Global Perspectives; and Race, Culture, and Education: The Selected Works of James A. Banks (Routledge).