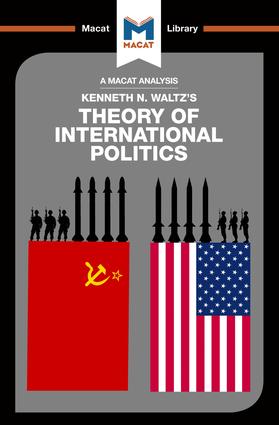 An Analysis of Kenneth Waltz's Theory of International Politics

Kenneth Waltz’s 1979 Theory of International Politics is credited with bringing about a “scientific revolution” in the study of international relations – bringing the field into a new era of systematic study. The book is also a lesson in reasoning carefully and critically. Good reasoning is exemplified by arguments that move systematically, through carefully organised stages, taking into account opposing stances and ideas as they move towards a logical conclusion. Theory of International Politics might be a textbook example of how to go about structuring an argument in this way to produce a watertight case for a particular point of view.

Waltz’s book begins by testing and critiquing earlier theories of international relations, showing their strengths and weaknesses, before moving on to argue for his own stance – what has since become known as “neorealism”. His aim was “to construct a theory of international politics that remedies the defects of present theories.” And this is precisely what he did; by showing the shortcomings of the prevalent theories of international relations, Waltz was then able to import insights from sociology to create a more comprehensive and realistic theory that took full account of the strengths of old schemas while also remedying their weaknesses – reasoning out a new theory in the process.

Who was Kenneth Waltz?

What does Theory of International Politics Say?

Why does Theory of International Politics Matter?

holds master's degrees in Politics and International Relations from both LSE and the University of Oxford.

Bryan Gibson is a diplomatic historian, who completed his PhD thesis, entitled, 'U.S. Foreign Policy, Iraq, and the Cold War, 1958-75,' at the LSE's International History Department.