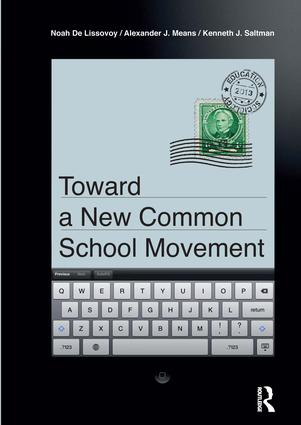 Toward a New Common School Movement

Toward a New Common School Movement is a bold and urgent call to action.The authors argue that corporate school reform in the United States represents a failed project subverted by profiteering, corruption, and educational inequalities.Toward a New Common School Movement suggests that educational privatization and austerity are not simply bad policies but represent a broader redistribution of control over social life-that is, the enclosure of the global commons. This condition requires far more than a liberal defense of public schooling. It requires recovering elements of the radical progressive educational tradition while generating a new language of the common suitable to the unique challenges of the global era. Toward a New Common School Movement traces the history of struggles over public schooling in the United States and provides a set of ethical principles for enacting the commons in educational policy, finance, labor, curriculum, and pedagogy. Ultimately, it argues for global educational struggles in common for a just and sustainable future beyond the crises of neoliberalism and predatory capitalism.

"The authors argue that curriculum standardization, high-stakes testing, tight control of teacher actions, and privatization through promoting charter schools and for-profit education institutions devalues genuine education, the central activity necessary for a stable democracy, while not providing either the social or pedagogic benefits claimed by its advocates…Summing Up: Recommended. General readers, upper-division undergraduate students, and above."

is Assistant Professor of Cultural Studies in Education at the University of Texas Austin. He is the author of Power, Crisis, and Education for Liberation: Rethinking Critical Pedagogy, which won the Critics Choice Award from the American Educational Studies Association.

is Assistant Professor in the Department of Social and Psychological Foundations of Education at SUNY Buffalo State College. He is the author of Schooling in the Age of Austerity: Urban Education and the Struggle for Democratic Life.

Politics, Culture, and the Promise of Democracy