Marine biogeography, the study of the spatial distribution of organisms in the world’s oceans, is one of the most fascinating branches of oceanography. This book continues the pioneering research into the distributions of molluscan faunas, first studied by biologists over 160 years ago. It illustrates 1778 species of gastropods in full color, many of which are extremely rare and poorly known endemic species that are illustrated for the first time outside of their original descriptions.

The spatial arrangements of malacofaunas shown in this book can be considered proxies for worldwide oceanic conditions and used as tools for determining patterns of global climate change. The book's documentation of evolutionary "hot spots" and geographically restricted endemic faunas can also be used as a base line for future studies on patterns of environmental deterioration and extinction in the marine biosphere.

Documenting the evolution of the amazingly rich worldwide gastropod fauna, this book will appeal to physical and chemical oceanographers, systematic and evolutionary biologists, historical geologists, paleontologists, climatologists, geomorphologists, and physical geographers. The authors incorporate aspects of all of these disciplines into a new classification system for the nomenclature of biogeographical spatial units found in tropical, subtropical, and warm temperate seas.

Edward J. Petuch was born in Bethesda, Maryland in 1949. Raised in a Navy family, he spent many of his childhood years collecting living and fossil shells in such varied localities as Chesapeake Bay, California, Puerto Rico, and Wisconsin. His early interests in malacology and oceanography eventually led to BA and MS degrees in zoology from the University of Wisconsin-Milwaukee. During his MS thesis research, Petuch concentrated on the molluscan biogeography of West Africa, traveling extensively in the Canary Islands, Western Sahara, Senegal, Gambia, Sierra Leone, Ivory Coast, and Cameroons. During this time, he also conducted research on the molluscan ecology of both coasts of Mexico and the Great Barrier Reef of Belize. Continuing his education, Petuch studied marine biogeography and malacology under Gilbert Voss and Donald Moore at the Rosenstiel School of Marine and Atmospheric Sciences at the University of Miami, where he received a full scholarship. During this time, his doctoral dissertation research involved intensive field work in Costa Rica, Colombia, Venezuela, Barbados, the Grenadines, and Brazil, where he often went to sea with the local shrimpers for weeks at a time. After receiving his Ph.D. in oceanography in 1980, Petuch was invited to conduct two years of postdoctoral research, funded by the National Science Foundation, with Geerat Vermeij at the University of Maryland. While there, he also held a research associateship with the Department of Paleobiology at the National Museum of Natural History, Smithsonian Institution, under the sponsorship of Thomas Waller, and conducted field work in the Plio-Pleistocene fossil beds of Florida and North Carolina and the Miocene fossil beds of Maryland and Virginia. Petuch has also collected and studied living mollusks in Australia, Papua-New Guinea, Fijis, French Polynesia, Japan, the Bahamas, Nicaragua, and Uruguay. This research has led to the publication of over 300 scientific papers and the discovery and description of over 1,200 new species of mollusks and over 90 new genera. His previous 20 books are well-known reference texts in the malacological and paleontological communities, and some of the better known include: Jewels of the Everglades: The Fossil Cowries of Southern Florida (2018), The Living and Fossil Busycon Whelks: Iconic Mollusks of Eastern North America (2015), Molluscan Communities of the Florida Keys and Adjacent Areas: Their Ecology and Biodiversity (2014), Biogeography and Biodiversity of Western Atlantic Mollusks (2013), Molluscan Paleontology of the Chesapeake Miocene (2010), The Geology of the Everglades and Adjacent Areas (2007), Cenozoic Seas: The View from Eastern North America (2004), and Cone Shells of the Okeechobean Sea (2015). Currently, Petuch is a Professor Emeritus in the Department of Geosciences, Florida Atlantic University in Boca Raton, Florida where, for thirty years, he taught undergraduate classes in oceanography, paleontology, and physical geology, and graduate classes in paleoecology and paleoceanography. He currently resides in Jupiter, Florida, with his wife Linda, where they both enjoy visits from their three children and their families.

David P. Berschauer was born in Rockville Center, New York in 1964, and spent his youth collecting shells in such varied localities as California, New York, Florida, Washington, and Mexico. His early interests in natural history, malacology, and marine biology eventually led to a B.S. degree in biology at the University of California-Irvine, an advanced marine invertebrate zoology course at Washington State University’s Friday Harbor Marine Lab, and studies towards the pursuit of a graduate degree in marine biology at Florida State University in Tallahassee, Florida. While still an undergraduate, Berschauer performed field biology research, published a number of research papers and gave scientific presentations at national conferences. He subsequently switched career paths and attended Southwestern University School of Law in Los Angeles, California, earning his Juris Doctorate degree in 1991. Although having developed a legal career, he has kept malacology as a lifetime avocation and has put together a sizeable research collection and personal museum of molluscan specimens. Over his entire professional life, Berschauer continued to pursue his passion for marine biology, and collecting and studying marine organisms. In his spare time, he has developed and published a relational database software program to aid in the organization and maintenance of a systematic collection. Although originally designed for malacology, the program is applicable to entomology and other aspects of systematic zoology. Now residing in Laguna Hills, California, Berschauer is an active member of the San Diego Shell Club and is the co-editor of the journal, The Festivus. He is also well known for his natural history and shell photography, with a multitude of high-quality examples seen throughout this book. Besides being the author of many important scientific papers on molluscan systematics, Berschauer has described and named over 30 new species of gastropods and is also the co-author of several recent books on mollusks, including The Living and Fossil Busycon Whelks: Iconic Mollusks of Eastern North America (2015), Jewels of the Everglades: The Fossil Cowries of Southern Florida (2018), and the well-received Sea Shells of Southern California: Marine Shells of the Californian Province (2018). Between court cases and an active law practice, Berschauer and his wife Felicia find time to enjoy traveling on cruise ships and exploring.

"From ground-breaking research into the biogeography of tropical mollusks, this book takes patterns in biological diversity to a new level. At its most detailed, it distinguishes small centers of speciation, hotspots of endemism such as isolated islands and bays, that are pivotal in determining, for example, the impact of environmental degradation. Through the application of a new, more detailed classification system, these hotspots can now be identified and are here biogeographically represented, setting a whole new paradigm. I applaud this work with its outstanding explanatory maps and images. It will be invaluable, not only to marine ecologists, but also evolutionary biologists and biogeographers, as well as malacologists and shell collectors and, indeed, any reader interested in the ocean environment." 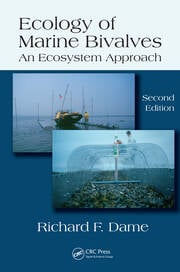 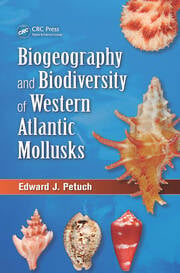 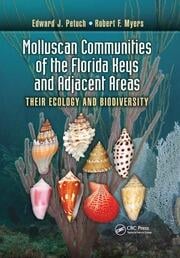 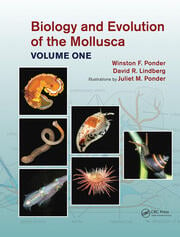