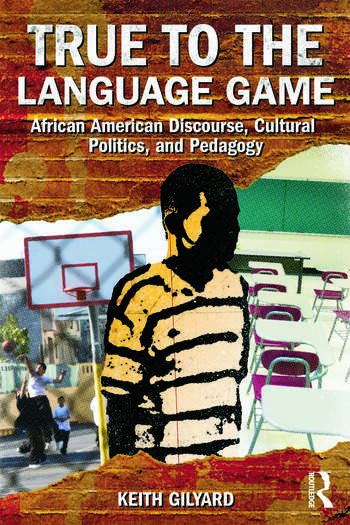 In True to the Language Game, Keith Gilyard, one of the major African American figures to emerge in language and cultural studies, makes his most seminal work available in one volume. This collection of new and previously published essays contains Gilyard’s most relevant scholarly contributions to deliberations about linguistic diversity, cultural identity, critical literacy, writing instruction, literary texts, and popular culture. The volume also features contemporary treatises on such timely topics as "students’ right to their own language," code-switching pedagogy, and political discourse surrounding the rise of Barack Obama. Gilyard weaves together serious analysis, theoretical work, policy discussions, and personal reflections on the interplay of language, literacy, and social justice to make True to the Language Game essential reading for students and scholars in rhetorical studies, composition studies, applied linguistics, and education.

Part One: Linguistic Principles. 1: From Voices of the Self. 2: Playing with the Patterns. 3: On My Disciplinary Birth. 4: Language Learning and Democratic Development. 5: One More Time for Professor Nuruddin. 6: It Ain’t Hard to Tell: Distinguishing Fact from Fallacy in the Ebonics Controversy. Part Two: Language, Race, and Rights. 7: The African American Contribution to Composition Studies. 8: Higher Learning: Composition's Racialized Reflection. 9: Kinship and Theory. 10: An Extended View of ‘Students’ Right". 11: Rethinking the Code-Switching Paradigm. Part Three: Diversity, Democracy, and Teaching.12: Literacy, Identity, Imagination, Flight. 13: I Have Fun Playing with Language. 14: Geneva’s Quartet: Notes on Linguistics, Aesthetics, Rhetoric, and Policy. 15: Julius and Jesse in 003. 16: Language, Identity, and Citizenship. 17: Socratic Commitment and Critical Literacy.Part Four: Rhetoric, Poetics, and Politics. 18: Aspects of African American Rhetoric as a Field. 19: Genopsycholinguisticide and the Language Theme In African American Fiction. 20: Cultural Heroes. 21: Liberation Memories: Interview by Rudolph Lewis. 22: Review of Ornate with Smoke. 23: Keeping Our Heads in the Language Game: On Political Talk, King, and Obama.

"Keith Gilyard’s True to the Language Game is a massively well-written and well-argued compendium of his 'greatest hits.' Deftly weaving linguistics, rhetoric, literary criticism, politics, social theory and autobiographical narrative, Gilyard creates an entertaining masterpiece.  He is at the top of his game."
-James Paul Gee, Arizona State University