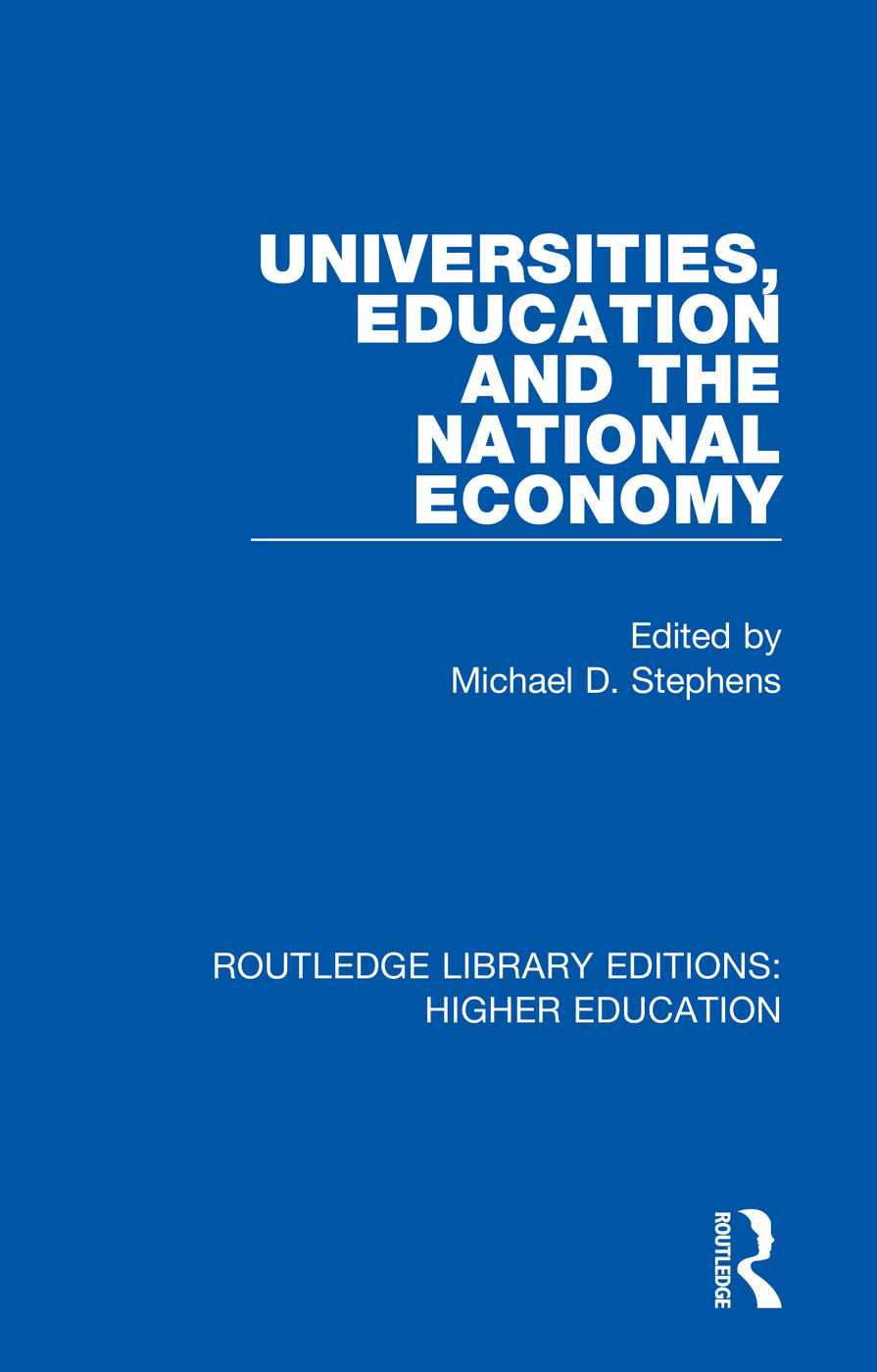 Universities, Education and the National Economy

Originally published in 1989, Universities, Education and the National Economy looks at changes in the structure of British industry, which have brought into question the traditional role of universities in the economy. The emphasis on high technology in many emerging industries has prompted a closer relationship between science-based industries and the science departments of many leading universities. However, such co-operation is not always so apparent, and the emphasis in many universities on the wider aspects of education at the expense of a straightforward vocationalism remains a stumbling block. This book makes it clear however that it is not just a case of academic idealism vying with industrial philistinism. These essays, each of them by a leading figure in the world of higher education, emphasize the complexity of the relationship between the universities and economy. The authors discuss how difficult it has been to establish and effective dialogue between the educational and economic spheres and to decide what exactly it is that the latter requires of the former. The successes that have been achieved to date are highlighted and the problems that remain are analysed.

Part I: Setting the Scene

4. Education and the Economy, William Taylor

The volumes in this set, originally published between 1964 and 2002, draw together research by leading academics in the area of higher education, and provide a rigorous examination of related key issues. The volume examines the concepts of learning, teaching, student experience and administration in relation to the higher education through the areas of business, sociology, education reforms, government, educational policy, business and religion, whilst also exploring the general principles and practices of higher education in various countries. This set will be of particular interest to students and practitioners of education, politics and sociology.