Virtues in the Public Sphere
Citizenship, Civic Friendship and Duty 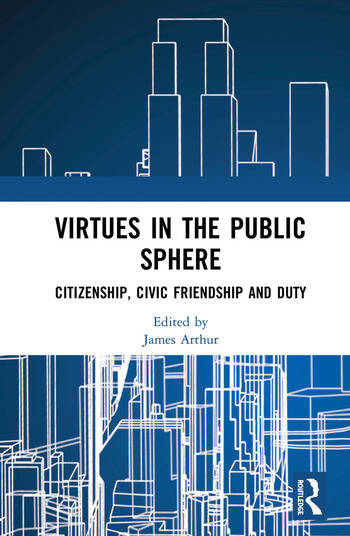 Virtues in the Public Sphere: Citizenship, Civic Friendship and Duty

Virtues in the Public Sphere features seventeen chapters by experts from a variety of different perspectives on the broad theme of virtue in the public sphere. Spanning issues such as the notion of civic friendship and civic virtue, it sheds light on the role that these virtues play in the public sphere and their importance in safeguarding communities from the threats of a lack of concern for truth, poor leadership, charlatanism, and bigotry. This book highlights the theoretical complexity of putting virtue ethics into practice in the public domain at a time when it has been shaken by unpredictable political, social, technological, and cultural developments.

With contributions from internationally acclaimed scholars in the fields of philosophy, psychology, sociology, and education, this book highlights the main issues, both theoretical and practical, of putting virtue ethics into practice in the public domain. Split into three sections – "Virtues and vices in the public sphere", "Civic friendship and virtue", and "Perspectives on virtue and the public sphere" – the chapters offer a timely commentary on the roles that virtues have to play in the public sphere.

This timely book will be of great interest to researchers, academics, and post-graduate students in the fields of education, character and virtue studies, and will also appeal to practitioners.

Section 1 Virtues and Vices in the Public Sphere

Chapter 6: Is There a Plausible Moral Psychology for Civic Friendship? – Blaine J. Fowers

Chapter 7: Populism and the Fate of Civic Friendship – Randall Curren

Chapter 8: Education for Living Together in a Diverse UK: A Role for Civic Friendship, Concord and Deliberation? – Andrew Peterson


Section 3 Perspectives on Virtue and the Public Sphere

Chapter 14: Responding to Discord: Why Public Reason is not Enough – John Haldane

Chapter 17: Democratic change and ‘the referendum effect’ in the UK: reasserting the good of political participation – Joseph Ward

James Arthur is Deputy Pro Vice Chancellor and Director of the Jubilee Centre for Character and Virtues at the University of Birmingham.