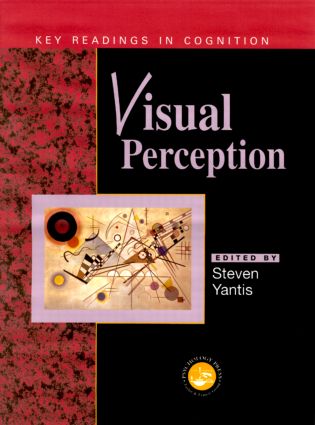 Collects twenty five classic articles in visual perception, the articles span a century and include examples from disciplines that contribute to our current understanding of vision. Discussion questions and further reading suggestions follow.

"Yantis has collected a terrific sample of some of the best articles ever written about vision. They include classical writings by giants such as Helmholtz, Wertheimer, and Gibson, as well as modern contributions by pioneers like Marr, Shepard, and Treisman. Every serious student of vision should own this book … and know its contents cover to cover." -- Professor Stephen Palmer, University of California, Berkeley

The aim of the series is to make available to senior undergraduate and graduate students key articles in each area of cognition psychology in an attractive, user-friendly format.

Many professors want to encourage their students to engage directly with research in their fields, yet this can often be daunting for students coming to detailed study of a topic for the first time.

Moreover, declining library budgets mean that articles are not always readily available, and course packs can be expensive and time-consuming to produce.

Key Readings in Cognition aims to address this need by providing comprehensive volumes, each one of which will be edited by a senior and active researcher in the field.

Articles will be carefully chosen to illustrate the way the field has developed historically as well as current issues and research directions.

Each volume will have a similar structure to include: