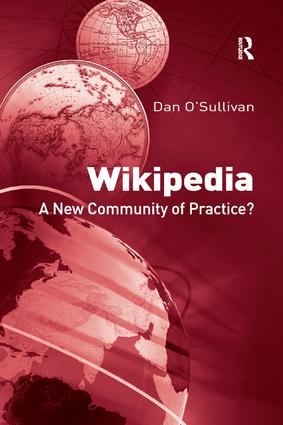 During its brief existence Wikipedia has proved astonishingly successful with 2.8 million articles in English alone available freely to all with access to the internet. The online encyclopedia can be seen as the 21st century’s version of earlier historical attempts to gather the world’s knowledge into one place - this unique book offers a description of some of these earlier attempts. O’Sullivan follows with a thorough analysis of Wikipedia itself, suggesting how to approach and contribute to the site, and what can be gained from using it. Writing in an accessible style the author takes a socio-historical approach and argues that by looking at communities of practice in the past we can come to understand the radical, even political, nature of Wikipedia. The book will have a broad appeal to anyone interested in the development of this unique project, including information management professionals but also historians, sociologists, educators and students.

'… an excellent historical context for this huge knowledge production project, the Wikipedia.' Online Information Review, Vol 34, no 2, 2010 'I enjoyed this book immensely: it will sit on my shelf of frequently-consulted works.' CILIP Update, January 2011