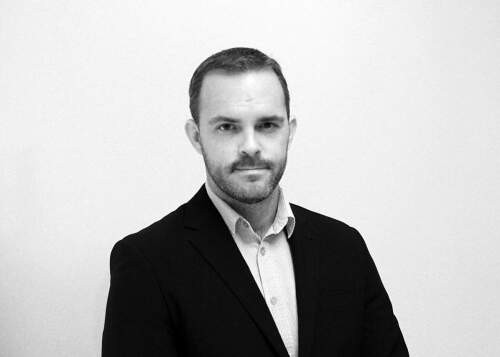 Owen Gallagher was born and educated in Dublin, Ireland and moved to the Middle East in 2011. He is the author of Reclaiming Critical Remix Video: The Role of Sampling in Transformative Works (Routledge, 2017), co-editor of Keywords in Remix Studies and the Routledge Companion to Remix Studies. Owen received his Ph.D. in Visual Culture from the National College of Art and Design (NCAD), Dublin and is a lecturer of Web Media (filmmaking, animation and game design) at Bahrain Polytechnic.

Owen Gallagher received his Ph.D. in Visual Culture from the National College of Art and Design (NCAD), Dublin. He is the author of Reclaiming Critical Remix Video: The Role of Sampling in Transformative Works (Routledge, 2017), co-editor of Keywords in Remix Studies (Routledge, 2017) and the Routledge Companion to Remix Studies (Routledge, 2015), and has published a number of book chapters, journal articles and conference papers on remix culture. He is a designer, educator, musician and entrepreneur who has run his own business, worked in industry as a graphic, web and digital media designer and has lectured in Design, Web and Creative Media at Bahrain Polytechnic (Bahrain), LYIT (Donegal), IT Tralee (Kerry), and the University of Ulster (Derry). He is a graduate of the University of Ulster, where he received a Masters Degree in Design Communication with distinction. He holds a Bachelor of Design in Digital Media, a Diploma in Graphic Design and a Higher Diploma in Research Practice from LYIT, as well as an Associate Diploma in Music Performance from the Victoria College of Music, London. Owen is the founder of CHI Media, a freelance graphic, web and digital media design agency.

Owen is also the founder of TotalRecut.com, an online social networking community for fans and creators of video remixes, recuts, and mash-ups that facilitates online collaboration between video artists. Total Recut received a ‘Quality Seal’ in the Europrix Multimedia Awards, was shortlisted for a number of other awards including the Eircom Golden Spiders, the NICENT 25k Awards and the BBC Innovation Lab and secured a place for Owen on the NCGE / Kauffman Global Scholars Program. Owen has published a number of book chapters, journal articles and research papers on remix culture, intellectual property and visual semiotics. He is particularly concerned with the role of copyright in the digital age and its effect on remix creativity.

Owen's research focuses on the relationships between remix studies, visual semiotics and intellectual property. Remix is the practice of producing media objects composed of previously published media elements, which have been appropriated, repurposed and reconfigured in the creation of new works. There is growing confusion over the meaning of ‘remix’ in mainstream and academic discourse, which has resulted in a broadening of the term to include non-remixed cultural texts, such as remakes, adaptations and parodies. Remix is now considered by many to be a form of derivative work; however, it is a fundamentally transformative practice. Such generalizations have resulted in numerous non-commercial remixes being wrongfully accused of copyright infringement. This ongoing research is supported by Owen's websites www.criticalremix.com, www.totalrecut.com and www.remixstudies.com.

Owen is an avid musician and singer and performs regularly with a number of bands. He loves to sing, write and record songs in a variety of musical styles. Owen is passionate about all of the creative arts and loves movies, music, animation and games, but equally enjoys curling up with a good book and a glass of wine. Owen is a keen fitness enthusiast and enjoys running, frequenting the gym and eating healthily. Above all else, he loves spending quality family time with his two beautiful daughters.

Critical Remix Video (CRV) has become a potentially powerful and persuasive alternative to mainstream commercial advertising. This study interrogates and deconstructs the visual signs in CRVs and explores the role and influence of ideology in the construction of meanings communicated to online audiences by such work. 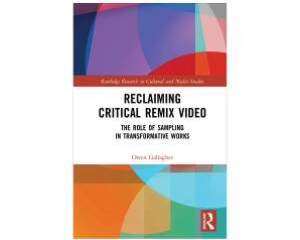 Description: Remix is now considered by many to be a form of derivative work, but such generalizations have resulted in numerous non-commercial remixes being wrongfully accused of copyright infringement. Gallagher argues, however, that remix is a fundamentally transformative practice. The assumption that cultural works should be considered a form of private property is called into question in the digital age; thus, he proposes an alternative system to balance the economic interests of cultural producers with the ability of the public to engage with a growing intellectual commons of cultural works. Multimodal analyses of both remixed and non-remixed intertextual work, with a particular focus on examples of critical remix video, fuel the discussion, synthesizing a number of investigative methods including semiotic, rhetorical and ideological analysis. 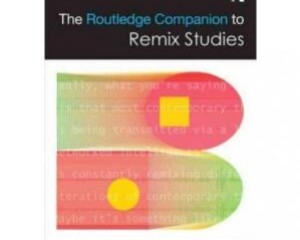 A recent book review of the Routledge Companion to Remix Studies in The Journal of Media Literacy Education (Vo.8, Iss.1) by Benjamin Thevenin.

Extract: "In the last decade, a growing number of media scholars and educators have sought to understand how remix—its histories, theories and practices—correlate with media literacy. Jenkins et al.’s 2009 “Confronting the Challenges of Participatory Culture: Media Education for the 21st Century” identifies appropriation, including “the ability to meaningful sample and remix media content,” as one of the eleven “new media literacies” needed for participation in contemporary media culture (4). In a media culture in which political memes and mash-up videos are just as ubiquitous as crime procedurals and superhero franchises, active audiences are increasingly expected to both creatively produce and critically analyze remixed media messages. The Routledge Companion to Remix Studies (2015) provides a comprehensive introduction to the field, and for readers interested in media literacy education, some potentially productive connections between the two areas of study as well as the practices of access, analyze, evaluate, create, and act, and cut, copy, paste, rip, remix, and repeat. The volume contains a collection of entries from a number of different perspectives, drawing upon a variety of traditions and forwarding a diverse range of conceptions of remix. The editors note that remix studies are inherently multi-/interdisciplinary." 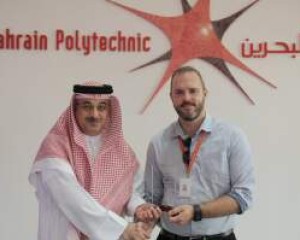 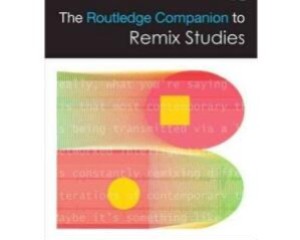 A recent book review of the Routledge Companion to Remix Studies in Media, Culture & Society (Sage Journals) by Graham Meikle.

"A hefty companion like this one – and that difficult word studies – prompts the question of whether remix studies is now a discipline. Or is that entirely the wrong way to think about a subject so concerned with making connections across diverse lines and reworking found objects? The editors define remix as ‘a contemporary practice enabled by the convergence of digital networking technologies, the affordability of digital media production and distribution tools, and the proliferation of access to ever-expanding online archives of spreadable digital media content’ (p. 8). Contemporary? Creating with found material and practices such as collage, cut-up, sampling, montage and détournement (and plagiarism) all have long histories – what is Virgil’s Aeneid if not a remix of Homer’s Iliad and Odyssey? But this collection argues that what is contemporary is not just the factors listed in its editors’ definition but also the emergence of a distinct remix studies." -- Graham Meikle

Owen at the Remix Cinema Workshop at Oxford University, UK

Owen and Mette at the Remix Cinema Workshop where they presented a paper on remix communities in 2011.

Owen at the Repeat, Remix, Remediate conference in Hamburg, Germany (2013)

Owen with the participants of the Repeat, Remix, Remediate conference in Hamburg, Germany, where he presented his research and exhibited some of his remix work.

Owen participating in a debate about remix and intellectual property at the Cinematic Bricoleurs conference in King's College, London (January 2016)