The use of different foods, herbs and spices to treat or prevent disease has been recorded for thousands of years.  Egyptian papyrus, hieroglyphics and ancient texts from the Middle East have described the cultivation and preparations of herbs and botanicals to “cure the sick”. There are even older records from China and India. Some ancient scripts describe the use of medicinal plants which have never been seen within European cultures. Indeed, all ancient civilizations have pictorial records of different foods, herbs and spices being used for medical purposes. However, there are fundamental questions pertaining to the scientific evidence for the use of these agents or their extracts in modern medicine.

There have been considerable advances in scientific techniques over the last few decades. These have been used to examine the composition and applications of traditional cures. Modern science has also seen the investigation of herbs, spices and botanicals beyond their traditional usage. For example, plants which have been used for “digestion” or “medical ills” since time immemorial are now being investigated for anti-cancer properties or their toxicity, using high throughput screening. Techniques also include molecular biology, cellular biochemistry, physiology, endocrinology, and even medical imaging. However, much of the material relating to the scientific basis or applications of traditional foods, herbs, spices and botanicals is scattered among various sources. The widespread applicability of foods or botanicals are rarely described and cautionary notes on toxicity are often ignored. This is addressed in Ancient and Traditional Foods, Plants, Herbs and Spices Used in Cancer.

Dr. Rajkumar Rajendram AKC BSc (Hons) MBBS (Dist) MRCP (UK) FRCA EDIC FFICM is a clinician scientist with a focus on internal medicine, anaesthesia, intensive care and peri-operative medicine. Dr Rajendram’s interest in traditional medicines began at medical school when he attended the Society of Apothecaries’ history of medicine course. He subsequently graduated with distinctions from Guy’s, King’s and St. Thomas Medical School, King’s College London in 2001. As an undergraduate he was awarded several prizes, merits and distinctions in pre-clinical and clinical subjects. Dr. Rajendram completed his specialist training in acute and general medicine in Oxford in 2010 and then practiced as a Consultant in Acute General Medicine at the John Radcliffe Hospital, Oxford. Dr Rajendram also trained in anaesthesia and intensive care in London and was awarded fellowships of the Royal College of Anaesthetists (FRCA) and the Faculty of Intensive Care Medicine (FFICM) in 2009 and 2013 respectively. He then moved to the Royal Free London Hospitals as a Consultant in Intensive Care, Anaesthesia and Peri-operative Medicine. He has been a fellow of the Royal College of Physicians of Edinburgh (FRCP Edin) and the Royal College of Physicians of London (FRCP Lond) since 2017 and 2019 respectively. He is currently a Consultant in Internal Medicine at King Abdulaziz Medical City, National Guard Heath Affairs, Riyadh, Saudi Arabia. Dr. Rajendram recognises that integration of traditional medicines into modern paradigms for healthcare can significantly benefit patients. As a clinician scientist he has therefore devoted significant time and effort to nutritional science research and education. He is an affiliated member of the Nutritional Sciences Research Division of King’s College London and has published over 300 textbook chapters, review articles, peer-reviewed papers and abstracts.

Victor R. Preedy BSc, PhD, DSc, FRSB, FRSPH, FRCPath, FRSC is a staff member of the Faculty of Life Sciences and Medicine within King's College London. Professor Preedy is also a member of the Department of Nutrition and Dietetics (teaching), Director of the Genomics Centre of King's College London and Professor of Clinical Biochemistry (Hon) at Kings College Hospital. Professor Preedy graduated in 1974 with an Honours Degree in Biology and Physiology with Pharmacology. He gained his University of London PhD in 1981. In 1992, he received his Membership of the Royal College of Pathologists and in 1993 he gained his second doctorate (DSc), for his outstanding contribution to protein metabolism in health and disease. Professor Preedy was elected as a Fellow to the Institute of Biology in 1995 and to the Royal College of Pathologists in 2000. Since then he has been elected as a Fellow to the Royal Society for the Promotion of Health (2004) and The Royal Institute of Public Health (2004). In 2009, Professor Preedy became a Fellow of the Royal Society for Public Health and in 2012 a Fellow of the Royal Society of Chemistry. Professor Preedy has carried out research when attached to Imperial College London, The School of Pharmacy (now part of University College London) and the MRC Centre at Northwick Park Hospital. He has collaborated with research groups in Finland, Japan, Australia, USA and Germany. Prof Preedy is a leading expert on the science of health and has a long-standing interest in dietary and plant based components. He has lectured nationally and internationally. To his credit, Professor Preedy has published over 700 articles, which includes peer-reviewed manuscripts based on original research, abstracts and symposium presentations, reviews and numerous books and volumes.

Vinood B. Patel, BSc, PhD, FRSC, is currently Reader in Clinical Biochemistry at the University of Westminster and honorary fellow at King’s College London. He presently directs studies on metabolic pathways involved in liver disease, particularly related to mitochondrial energy regulation and cell death. Research is being undertaken to study the role of nutrients, antioxidants, phytochemicals, iron, alcohol and fatty acids in the pathophysiology of liver disease. Other areas of interest are identifying new biomarkers that can be used for the diagnosis and prognosis of liver disease and understanding mitochondrial oxidative stress in Alzheimer’s disease and gastrointestinal dysfunction in autism. Dr Patel graduated from the University of Portsmouth with a degree in Pharmacology and completed his PhD in protein metabolism from King’s College London in 1997. His postdoctoral work was carried out at Wake Forest University Baptist Medical School studying structural-functional alterations to mitochondrial ribosomes, where he developed novel techniques to characterize their biophysical properties. Dr Patel is a nationally and internationally recognized researcher and has several edited biomedical books related to the use or investigation of active agents or components. These books include The Handbook of Nutrition, Diet, and Epigenetics, Branched Chain Amino Acids in Clinical Nutrition, Cancer: Oxidative Stress and Dietary Antioxidants and Diet Quality: An Evidence-Based Approach, Toxicology: Oxidative Stress and Dietary Antioxidants, Molecular Nutrition: Vitamins. In 2014 Dr Patel was elected as a Fellow to The Royal Society of Chemistry. 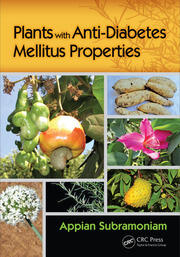 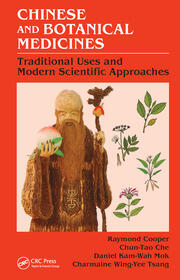 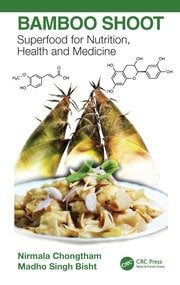