The inaugural volume in the Current Topics in Nonclinical Drug Development Series explores the critical issues and current topics in nonclinical drug development. This first volume covers individual topics and strategies in drug development from compound characterization to drug registration. Written by a variety of experts in the field, recent and rapid advances in technologies and associated changes in regulatory guidance are discussed.

will aid toxicologists, toxicologic pathologists, consultants, regulators, Study Directors, and nonclinical scientists dealing with day-to-day issues in study design, evaluation of findings, and presentation of data. In addition, the book will be a valuable reference for academicians and graduate students pursuing research related to nonclinical drug development.

for Molecular Safety Assessment during Drug

AND KATHLEEN A. FUNK

4 Recent Advances in the Development

of Novel Biomarkers of Toxicity 81

Development of Cell and Gene Therapies 121

has extensive experience in toxicologic pathology and drug development

within the framework of nonclinical safety assessment of pharmaceuticals.

Dr. Sahota was previously Executive Director and Head of Pathology,

degrees (MSc and PhD) from Punjab Agricultural University, India. He

is a diplomate of the American Board of Toxicology. After receiving his

PhD in 1976, he started working as a toxicologic pathologist at Dawson

involved in the preclinical safety evaluation of drugs and chemicals.

At DRC, he received increasing responsibility over the next 10 years

As a scientific director, he was responsible for the scientific aspects of

pathology as well as toxicology at DRC. While working briefly for Dynamac

participated in discussions with the representatives of NTP, FDA, and EPA

studies. In 1987, he joined Ciba-Geigy Pharmaceuticals in New Jersey as

Head/Manager of pathologists in preclinical safety and was also responsible

systems. He continued to work primarily in this position with increasing

responsibilities at Ciba-Geigy and then Novartis Pharmaceuticals (after

Ciba-Sandoz merger in 1997) to become director and eventually Executive

Director and Head of pathology. During this time, he also served as an international

project team representative for a number of successfully marketed

Diovan, which eventually became one of the 15 all-time, best-selling prescription

drugs. He also held an adjunct academic appointment of Assistant

Professor at the University of Medicine and Dentistry, New Jersey, for

Novartis, including patient centricity, review of best practices in cardiotoxicity

and ocular toxicity, as well as evaluation of rodent carcinogenicity

potential based on noncarcinogenicity data to minimize future delays in

in 2012, Dr Sahota has been the President of Global ToxPath LLC located

he published the following books with CRC Press/Taylor & Francis:

Edition, 2018); (3) The Illustrated Dictionary of Toxicologic Pathology and

is a principal consultant at Toxicodynamix International

LLC. He studied biochemistry at the University of Hull, UK, graduating

the Universities of Basel, Switzerland, and Mainz, Germany. His postdoctoral

research centered upon formation and inactivation of reactive metabolites

and the enzymes involved in the metabolism of foreign compounds. In

1979, he joined the Investigative Toxicology group (known as Cell Biology)

in the Toxicology Department of Ciba-Geigy, Basel, Switzerland, and

remained with the company, later Novartis, until 2014. In these 35 years,

he held various management positions in Europe and the United States

Safety United States; and Global Preclinical Safety. In these positions, he

the preparation of several hundred investigational new drugs (INDs). He

has vast experience in the areas of drug metabolism and disposition, toxicology/

and all aspects of investigative toxicology. He is well grounded in biochemistry,

cell biology, molecular biology, and pharmacology with the ability to

integrate data from the different preclinical disciplines to enable translation

to determine the clinical relevance of the findings. He is very familiar with

He has authored more than 80 scientific publications, has lectured

in toxicology at the University of Basel for more than 30 years, and is a

past president of the European Society of Biochemical Pharmacology

and the Swiss Society of Toxicology. He was a member of the PhRMA/IQ

Preclinical Leadership (DruSafe) Committee for 16 years, a member of the

advisory board of the PSTC Biomarker consortium, and a member of the

testing and the PhRMA expert group on genotoxic impurities.

is president of Toxicology & Pathology Consulting,

LLC, in Ann Arbor, Michigan, and has over 30 years of experience in drug

degrees from the Ontario Veterinary College, University of Guelph. He is a

of the American College of Veterinary Pathologists. He is also recognized

and toxicologic pathology during his 22-year tenure with Parke-Davis\

years with Fulcrum Pharma Developments, Inc. In 2011, he founded Drug

LLC to provide toxicology, pathology, and drug metabolism and pharmacokinetic

services. Dr Wojcinski has extensive experience as a study director,

study pathologist, and review pathologist for numerous acute and repeated

teams in CNS, metabolic diseases, and dermatology therapeutic areas. As

for development and implementation of the safety and risk management

strategies for, what was then, a new therapeutic area. He has also

been directly involved in the preparation of pre-IND documents, nonclinical

and labeling (USPI, SmPC) negotiations in CNS, anti-infective, and dermatology

therapeutic areas. Dr Wojcinski has had numerous interactions with

regulatory agencies in the United States, Europe, Canada, and Australia for

compounds at various stages of development. He has also provided pathology

consultation and histopathology peer review on several projects in various

disease, anticancer, and hypolipidemics, and served on Pathology Working

including the American College of Veterinary Pathologists, Society

of Toxicologic Pathologists, Society of Toxicology, American College of

Consultants. He has served as president of the Dermal Toxicity Specialty

Toxicologic Pathology, editor of The Scope for the Society of Toxicologic

Pathology, and chair of the Society of Toxicologic Pathology Recruitment

Subcommittee. Dr Wojcinski has lectured at the Ontario Veterinary College

and the University of Maryland and authored/coauthored numerous scientific

reports, manuscripts, and book chapters. Recently, he was coeditor

for The Illustrated Dictionary of Toxicologic Pathology & Safety Science (First

Edition, published in 2019) and is currently contributing editor for Road to

Greatness (due to be published in 2020); coeditor for Toxicologic Pathology:

A Primer (due to be published in 2021); and coeditor for Toxicologic Pathology: 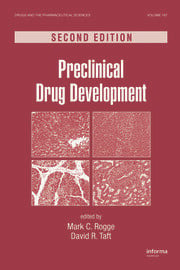 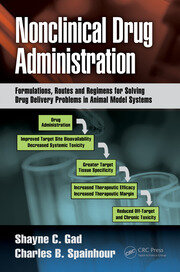 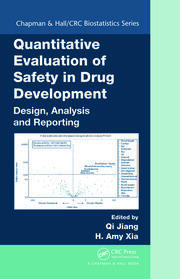