Many different cognitive research approaches have been generated to explore fields of practice where mutual teamwork is present and emergent. Results have shown subtle yet significant findings on how humans actually work together and when they transition from their own individual roles and niches into elements of teamwork and team-to-team work.

explores the advantages of teams and shows how researchers can obtain a deep understanding of users/teams that are entrenched in a particular field. Interdisciplinary perspectives and transformative intersections are provided.

Michael D. McNeese is a Professor (Emeritus) and was the Director of the MINDS Group (Multidisciplinary Initiatives in Naturalistic Decision Systems) at the College of Information Sciences and Technology, The Pennsylvania State University, University Park, PA. Previously, he was the Senior Associate Dean and Professor in Charge at Penn State. He has worked on multiple research projects involving team cognition, artificial intelligence, human factors engineering, crisis management and response, situation awareness, and interactive simulations over the last 35 years. He was a Senior Scientist and Director of Collaborative Design Technology at the USAF Research Laboratory prior to moving to Penn State. Dr. McNeese earned a PhD in cognitive science at Vanderbilt University and an MA in experimental-cognitive psychology at the University of Dayton, was a visiting professor at The Ohio State University, Department of Integrated Systems Engineering.

is the Allyn R. and Gladys M. Cline Chair Professor and Chair of the Department of Psychological Sciences at Rice University. He is a past president of the Society for Industrial and Organizational Psychology (SIOP) and the Human Factors and Ergonomics Society (HFES), and a fellow of the American Psychological Association (APA), Association for Psychological Science, and HFES. He is also the recipient of the 2012 Society for Human Resource Management Losey Lifetime Achievement Award, the 2012 Joseph E. McGrath Award for Lifetime Achievement for his work on teams and team training, and the 2016 APA Award for Outstanding Lifetime Contributions to Psychology. He earned a PhD (1984) in industrial/organizational psychology at Old Dominion University.

is the President of SA Technologies, a cognitive engineering firm specializing in the development of operator interfaces for advanced systems, including the next generation of systems for military, aviation, air traffic control, medicine, and power grid operations. Previously she served as Chief Scientist of the U.S. Air Force and was the chief scientific adviser to the Chief of Staff and Secretary of the Air Force. She has also been a visiting associate professor at MIT and an associate professor of industrial engineering at Texas Tech University. She earned a PhD in industrial and systems engineering at the University of Southern California. She is a past president and fellow of the Human Factors and Ergonomics Society and a fellow of the International Ergonomics Association. 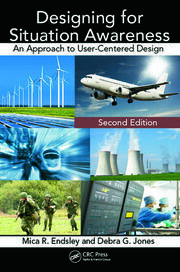 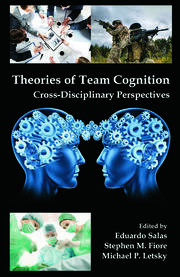 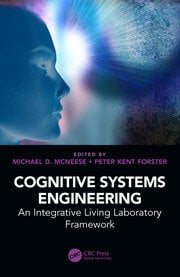