The popularity of germ-free animal models, particularly mice, for investigation of human physiology and disease has recently exploded. Gnotobiotic Mouse Technology: An Illustrated Guide provides the first manual for the maintenance, husbandry, and experimental manipulation of germ-free and gnotobiotic mice. It includes information on all aspects of establishing and operating a germ-free mouse research facility, from basic principles and equipment to detailed instructions for assembling and maintaining isolators, sterilizing supplies, handling animals, and monitoring sterility.

The book breaks down techniques and procedures into modules, each of which contains a step-by-step practical and visual guide to a set of related procedures. Each description consists of a materials list, introduction, and general overview, followed by a thoroughly illustrated walkthrough of the steps for each procedure. The descriptions end with troubleshooting tips. Technical chapters are heavily illustrated and include notations of potential pitfalls and alternatives. Other chapters discuss management procedures and practices such as the hiring and training of personnel, setting fee schedules, and record keeping.

This book is a landmark resource for establishing and maintaining a facility for germ-free mouse research. Useful to both technicians and investigators, it presents every step necessary to establish a successful facility. It also gives direction in expanding multi-user facilities and applying new technologies to your current practices.

Overview of Gnotobiotic Technology
Overview
How Do We Get Germ-Free Mice?
Germ-Free Housing and Barrier Types
References

Appendix: Sources for Equipment and Supplies

Chriss J. Vowles co-manages a multi-investigator germ-free research laboratory at the University of Michigan in Ann Arbor. He began his career at the University of Michigan in 2003, working full-time as a husbandry technician in the Unit for Laboratory Animal Medicine. In 2006, he discovered gnotobiotic technology. At that time, the Germ Free Laboratory was just starting. Chriss joined the research group on the ground floor and has been growing with it ever since. The idea of maintaining a germ-free, complex organism fascinated him then and still captivates him today. After eight years of maintaining a germ-free colony of mice, the laboratory is still evolving, he is still learning, and his trials, tribulations, and rewards are constant.

is a research technician lead at the University of Michigan’s Germ Free Core. In 2009, she graduated from Michigan State University with a bachelor’s degree in animal science and accepted a position with SoBran’s contract for the National Institute of Allergy and Infectious Diseases (NIAID). In December 2010, she returned to Michigan to take a position with the University of Michigan’s Unit for Lab Animal Medicine. Shortly thereafter, she started working part-time in the Germ Free Core and quickly learned to love the daily challenges involved in maintaining a germ-free colony. Natalie joined the core full time in July 2013.

has been working with germ-free and gnotobiotic animal models for 30 years. She started her gnotobiology career at Ohio State University, where she did her PhD research on Helicobacter pylori in gnotobiotic piglets. She went on to study mice several years later, and in 2004 she established the University of Michigan Germ Free Mouse Laboratory, which she now directs. Dr. Eaton is a board-certified veterinary pathologist with research interests in bacterial enteric disease and immunology. In addition to H. pylori, she has worked with gnotobiotic animal models of shigatoxigenic Escherichia coli, inflammatory bowel disease, and, most recently, the roles of the enteric microbiome in health and disease. She has long been a staunch supporter of gnotobiotic research and is greatly encouraged by the recent explosion of new investigations, methods, and models that have enhanced the utility and availability of germ-free animal models of disease.

"This book introduces and describes techniques utilized for the production, maintenance, and experimental manipulation of germ-free and gnotobiotic mice in a research support facility. The introductory chapter provides history and identifies animals that were successfully derived and maintained in a germ-free setting. …

The middle portion of the book provides detailed information regarding isolator setup. … provides step-by-step descriptions and illustrations for assembly, inflation, sterilization, and decontamination….

The next portion of the book describes the proper technique for port entry and exit, isolator maintenance, and the use of supply cylinders and supply isolators.

Overall, this book is reasonably priced and available in electronic and paperback versions. The combination of procedural descriptions and detailed illustrations are an advantage of this book. The chapter describing isolator setup is very descriptive with complementary illustrations. This book serves as a good reference for new and/or existing gnotobiotic facilities." 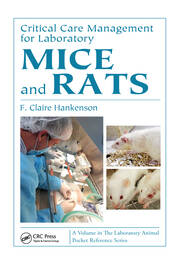 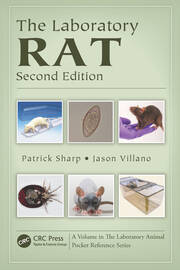 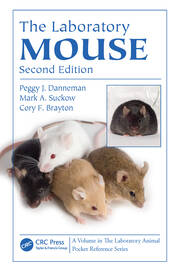