Donald Robert Kaplan, PhD, was born in Chicago on January 17, 1938. He attended Northwestern University and graduated Phi Beta Kappa with a bachelor’s degree in biology in 1960. He studied with Adriance Foster at UC Berkeley where he earned his PhD in 1965. After completing a National Science Foundation-sponsored postdoctoral fellowship at the Royal Botanic Gardens, Kew, England, Dr. Kaplan became a founding member of the newly established University of California, Irvine campus as an assistant professor of organismic biology in 1965. He returned to UC Berkeley in 1968 as an associate professor in the Department of Botany. Dr. Kaplan was promoted to professor in 1978, and moved to the Department of Plant and Microbial Biology during reorganization of the biological sciences. He retired in 2004.

As a plant morphologist, Dr. Kaplan had a unique, European perspective on plant form. Using key concepts and first principles, he approached his research in a strictly analytical way. He was most interested in fundamental structural and developmental commonalities that underpin plant form across different major taxa. Dr. Kaplan’s publications spanned the algae, bryophytes, ferns, gymnosperms, and angiosperms. Dr. Kaplan’s research and theories on the relationship of cell and organism in vascular plants have had a major impact on studies linking plant morphology with molecular biology/genetics, setting the stage for modern investigations on plant form and function. Dr. Kaplan was also interested in the history of plant morphology, especially in those who established the basic principles and concepts of the field as he practiced it, e.g. Goethe, Hofmeister, Goebel, and Troll.

Dr. Don Kaplan’s research accomplishments were well recognized by his peers and resulted in many awards. Among these were the Alexander von Humboldt Distinguished Senior U.S. Scientist Award (1988-89), a Guggenheim Fellowship (1987-88), fellow of the California Academy of Sciences (1982), the Botanical Society Merit Award (1984), the Botanical Society of America's Jeanette Siron Pelton Award (1989) and Centennial Award (2006), and a Miller Research Professorship (1975-76). He was also recognized for his excellence in teaching with a Sigma Xi National Lecturer Award (1995-97), the UC Berkeley Distinguished Teaching Award (1976) and the Botanical Society of America’s Charles Edwin Bessey Award for excellence in botanical teaching (2005).

In addition to botany, Dr. Kaplan had many other interests, which he pursued with as much intensity and innovation as he did plant morphology. Among them were photography, railroads, classical music, and movies. He shared these passions with his wife, Dorothy, and sons Andrew and Timothy.

Chelsea Dvorak Specht, PhD, was born in Wilmington, Delaware on September 13, 1971. She attended the University of Delaware earning a B.A. in biology magna cum laude and Phi Beta Kappa in 1993. Initially planning on pursuing medicine, her undergraduate mentor Kenneth A. Campbell provided her first taste in academic research, changing her life forever. Specht earned her MS in 1997 and PhD in 2004 from New York University, during which time she was a Fulbright Fellow and worked for 2 years as a Program Officer and Ecoregional Coordinator for the World Wildlife Fund in Bolivia. Dr. Specht was part of an NSF-Funded joint program between NYU and the New York Botanical Garden and studied extensively with plant morphologist and renowned botanist and cladist Dennis Wm. Stevenson as her major advisor.

It was during her graduate training that Dr. Specht developed an appreciation for the principles of plant morphology combined with a developmental genetic and phylogenetic perspective to investigate the mechanisms underlying the evolution and diversification of plant form and function. Following a postdoctoral fellowship at the Smithsonian Institution’s National Museum of Natural History, Dr. Specht became an Assistant Professor and Plant Organismal Biologist in the Department of Plant and Microbial Biology at UC Berkeley and curator of Monocots for the University and Jepson Herbaria in 2005. At UC Berkeley she taught Kaplan’s Plant Morphology course and used this book for many years in the form of five massive readers for the class. In 2017, she moved to Cornell University as the Barbara McClintock Professor in Plant Biology and is currently also Associate Dean for Diversity and Inclusion for the College of Agriculture and Life Sciences. Dr. Specht is married to entomologist Patrick O’Grady and shares her love of plants with their daughter, Paceyn Julia. 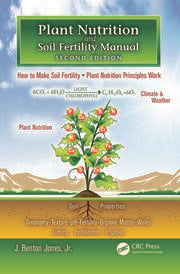 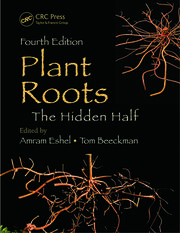