Continuing a long tradition, Lu’s Basic Toxicology, Seventh Edition, combines relatively comprehensive coverage of toxic substances in food, air, and water with brevity, thereby continuing to serve as an updated introductory text for toxicology students and for those involved in allied sciences that require a background in toxicology. The new edition, which now becomes an edited work with contributions from experts around the globe, features four new chapters and a number of existing chapters that have been updated and expanded, notably those on mechanisms of toxic effects, conventional toxicity studies, the cardiovascular system, and risk assessment and regulatory toxicology.

The book consists of four parts (Part I–Part IV) that provide guidance on principles of toxicology and testing procedures for toxicities as well as a concise, yet detailed, mechanism of both target organ and nontarget organ toxicities. The book is rounded off with a final section (Part IV) on the toxic effects of chemicals and risk assessment, giving toxicologists, both students and practicing professionals, the necessary tools to enhance their practice. This edition includes new chapters on Clinical Toxicology, Systems Toxicology, Chemicals and Children, and Toxicology of Reproductive Systems, providing the essentials of these topics in the same style as the other chapters in the book. With separate subject and chemical indexes, this is a useful, quick shelf reference for everyone working in toxicology today.

Division of Toxicology, College of Pharmacy, Sungkyunkwan University, South Korea, is associate editor of the Journal of Toxicology and Environmental Health, Part A, associate editor of Food and Chemical Toxicology, editorial board member of Environmental Health Perspectives, and advisory editor of Archives of Toxicology. He is currently the vice president of the International Association of Environmental Mutagenesis and Genomics Society (IAEMGS). He is the author of 230 papers, reviews, the Encyclopedia of Environmental Health, and 11 book chapters, as well as the coauthor of Lu’s Basic Toxicology, Sixth Edition (Informa, 2013). Prof. Lee has also been a research advisor of the Ministry of Food and Drug Safety, a committee advisor for the Ministry of Science, ICT, and Future Planning, the Ministry of Environment, and the Ministry of Human Health and Welfare in South Korea. He has been the president of the 13th International Congress of Toxicology (ICT XIII), the Korea Society of Toxicology (KSOT), and the Korea Environmental Mutagen Society (KEMS). He has been the vice president of the Asia Society of Toxicology (ASIATOX). He has organized eight workshops and three international symposia about toxicology, carcinogenesis, chemoprevention, endocrine disruption, and risk assessment. He has been a nominating committee member of the International Union of Toxicology (IUTOX) and deputy member of the Korean Pharmaceutical Society. Prof. Lee has received numerous awards, including the Young Scientist Award, Brookhaven Symposium (U.S.), the Yun Ho Lee Award of Scientific Merit (International Aloe Science Council (U.S.) and the Merit Award from the Minister, Ministry of Food Drug Safety (Republic of Korea). Prof. Lee’s research areas include: carcinogenesis, chemoprevention, endocrine disruption, molecular epidemiology, biomarkers, systems toxicology, and risk assessment/management.

is an associate director of Toxicology, McLaughlin Centre for Population Health Risk Assessment at the University of Ottawa; professor of pharmacology, University of Ottawa; and scientist, Institute for Population Health, University of Ottawa. Prof. Kacew is a visiting professor at the following institutions: the University of Guildford in Surrey, England; a Colgate-Palmolive visiting professor at the University of New Mexico; Institute of Toxicology at National Taiwan University in Taipei, Taiwan; Joszef Fodor National Center of Public Health in Budapest, Hungary; Department of Occupational Health, Shanghai Medical University in Shanghai, China; Zhehjiang University in Hangzhou, China; Nanjing Medical University, Nanjing, China; and the Division of Toxicology at Sungkyunkwan University in Suwon City, Korea. Prof. Kacew is currently the editor-in-chief of the Journal of Toxicology and Environmental Health, Part A, Current Issue; editor-in-chief, Journal of Toxicology and Environmental Health, Part B, Critical Reviews; North American editor, Toxicological and Environmental Chemistry; associate editor of Toxicology and Applied Pharmacology; editor, Encyclopedia of Environmental Health; editor, Lu’s Basic Toxicology (Fourth and Fifth editions); and guest editor of a special issue of Toxicology and Applied Pharmacology entitled “Toxicological Reviews in Fetal Childhood Development.” He has edited several texts on pediatric toxicology and serves on several editorial boards. He has been a peer reviewer for the Environmental Protection Agency (EPA) on the Integrated Risk Information System (IRIS) documents, on the U.S. EPA Health Effects Assessment Summary Table (HEAST) chemicals, on the chemical-specific issue papers for the Superfund Technical Support Center (STSC) for the U.S. EPA, and has served on National Institutes of Health (NIH) grant study sections. Prof. Kacew is a member of the Board on Environmental Studies and Toxicology (BEST) of the National Academy of Sciences (U.S.) and is a member of the Science Advisory Council (SAC) of the National American Flame Retardant Association (NAFRA). Prof. Kacew has been a member of the board of trustees of Toxicology Excellence for Risk Assessment (TERA) and a member of the board of Review for Siloxane D5 appointed by the Minister of Environment of Canada. He has also been a member of the Committee on Toxicology of the National Academy of Sciences (NAS) of the United States and served as a chairman on the NAS Subcommittee on Iodotrifluoromethane; chairman on the NAS Subcommittee on Tetrachloroethylene; and a member of the NAS Subcommittees including Flame Retardants; Jet Propulsion Fuel-8, and Toxicologic and Radiologic Effects from Exposure to Depleted Uranium during and after Combat; and a member of the Advisory Expert Committee of the Canadian Network of Toxicology Centers. He served as a chairman of a U.S. EPA Panel on Peer Review Assessment of Toxicity Values for Total Petroleum Hydrocarbons, member of the Panel on the Beryllium Lymphocyte Proliferation Screening Test, an expert panel member on the Breast Milk Monitoring for Environmental Chemicals in the USA, a core panel member of the Voluntary Children’s Chemical Evaluation Program (VCCEP), part of a U.S. EPA initiative, expert panel member on the Pest Management Regulatory Agency of Health Canada on Citronella Science Review, expert panel member on drug-induced phospholipidosis to several pharmaceutical companies, expert panel member of the Council of Canadian Academies on Integrated Testing of Pesticides, and member of the Institute of Medicine (IOM) Committee on Blue Water Navy Vietnam Veterans and Agent Orange Exposure. Prof. Kacew has received the Achievement Award of the Society of Toxicology of Canada in 1983, the Achievement Award of the Society of Toxicology in 1986, the ICI (Zeneca) Traveling Lectureship Award in 1991, the U.S.–China Foundation Award in 1995, the Colgate-Palmolive Visiting Professorship Award in 1997, and the Public Communications Award.

is a professor of the Division of Toxicology, College of Pharmacy, Sungkyunkwan University, South Korea. Prof. Kim earned a PhD performing research on chemical carcinogenesis and chemoprevention at the College of Pharmacy, after which he joined the Korea Food and Drug Administration, serving as a senior researcher, where he was involved in reproductive and developmental toxicology and endocrine toxicology. He spent 2 years at the National Institutes of Health (NIH) in Bethesda, Maryland carrying out cancer and radiopharmaceutical research. Since 2003, he has been an assistant professor in the Division of Toxicology, College of Pharmacy at Pusan National University in South Korea. He is a member of the American Association for Cancer Research (AACR), the Society of Toxicology (SOT), the International Congress of Toxicology (ICT), and the Korean Society of Toxicology (KSOT). He has published more than 210 papers and is the author of several book chapters included in the Encyclopedia of Environmental Health, Reproductive and Developmental Toxicology, and Endocrine Disruptors, among others. He isan editorial board member of the Journal of Toxicology and Environmental Health, Part A, an associate editor of the Journal of Toxicological Sciences, and an editorial board member of Toxicological Research. Prof. Kim has served as an advisory committee member of government (National Food and Drug Safety, Ministry of Environment, Ministry of Health and Welfare) and has served as the vice chairman of the National Scientific Committee for the 13th International Congress of Toxicology (ICT) held in Seoul, Korea. He has also served as the vice chairman ofthe National Scientific Committee of the 8th International Congress of the Asian Society of Toxicology, held in Jeju, South Korea in 2015. His primary research areas of interest are the identification of new cancer biomarkers, mechanisms of new anticancer agents, and cancer chemoprevention. 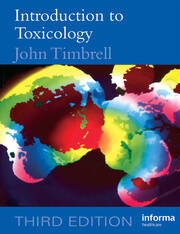 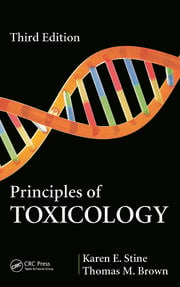 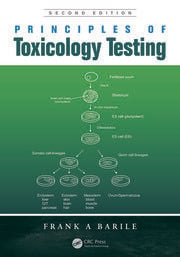 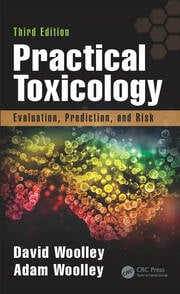