Since the publication of the second edition in 2013, there has been an increasing interest in asset management globally, as evidenced by a series of international standards on asset management systems, to achieve excellence in asset management. This cannot be achieved without high-quality data and the tools for data interpretation. The importance of such requirements is widely recognized by industry.

The third edition of this textbook focuses on tools for physical asset management decisions that are data driven. It also uses a theoretical foundation to the tools (mathematical models) that can be used to optimize a variety of key maintenance/replacement/reliability decisions. Problem sets with answers are provided at the end of each chapter. Also available is an extensive set of PowerPoint slides and a solutions manual upon request with qualified textbook adoptions.

This new edition can be used in undergraduate or post-graduate courses on physical asset management.

Andrew K.S. Jardine is the Founding Director of the Centre for Maintenance Optimization and Reliability Engineering (C-MORE) at the University of Toronto where the focus is on real-world research in engineering asset management in the areas of condition-based maintenance, spares management, protective devices, maintenance and repair contracts, and failure finding intervals for protective devices. Details can be found at www.mie.utoronto.ca/cmore Dr. Jardine is also Professor Emeritus in the Department of Mechanical and Industrial Engineering at the University of Toronto, and Adjunct Professor at Ryerson University, Toronto. Professor Jardine studied at the Royal College of Science and Technology, Scotland and obtained his undergraduate and Master’s degrees in Mechanical Engineering from the University of Strathclyde, Scotland.  He was awarded his PhD in Engineering Production by the University of Birmingham, England. Professor Jardine wrote the book, “Maintenance, Replacement and Reliability”, first published in 1973 and now in its 6th printing. He is the co-editor with J.D. Campbell of the 2001 published book “Maintenance Excellence: Optimizing Equipment Life Cycle Decisions”. He co-authored with Dr. A. H. C. Tsang the book “Maintenance, Replacement & Reliability: Theory and Applications”,2nd Edition published by CRC Press, 2013. Professor Jardine co-edited with John D Campbell and J. McGlynn “Asset Management Excellence: Optimizing Life Cycle Decisions” 2nd Edition, published by CRC Press, 2011.

Albert Tsang is former Principal Lecturer of the Department of Industrial & Systems Engineering at The Hong Kong Polytechnic University. Dr. Tsang studied at the University of Hong Kong and graduated with a BSc degree in Mechanical Engineering with first class honours. He later obtained his MSc degree in Industrial Engineering awarded by the same university. He received his MASc and PhD from the University of Toronto, and he is a registered engineer with working experience in the manufacturing industry covering functions such as industrial engineering, quality assurance, and project management. Dr. Tsang has published three books in the discipline of engineering asset management, namely Maintenance, Replacement, and Reliability: Theory & Applications, Maintenance Performance Management in Capital Intensive Organizations: Key to Optimizing Management of Physical Infrastructure Assets, and Reliability-Centred Maintenance: A Key to Maintenance Excellence. He is also the author of “WeibullSoft”, a computer-aided self learning package on Weibull analysis. 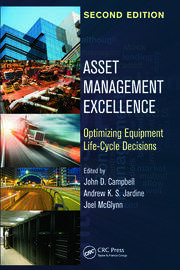 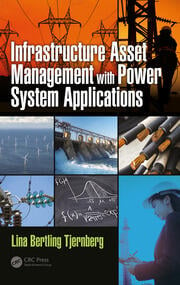