This book explores new and novel strategies for the development of materials and their biomedical applications. It will serve as a comprehensive resource for both students and scientists working in materials and biomedical sciences.

Chapter 01 Nanomaterials and its Application as Biomedical Materials

Chapter 02 An Introduction to Properties of Biomedical Materials

Chapter 07 Polymeric Materials and its Components for Biomedical Applications

Chapter 16 Advance Surface Treatments for Enhancing the Biocompatibility of Biomaterials

Savas Kaya is Associate Professor of Inorganic Chemistry at Sivas Cumhuriyet University, Health Services Vocational School, Department of Pharmacy, 58140, Sivas/Turkey. He was born in 1989, he obtained Doctorate degree in 2017 in the field of Theoretical Inorganic Chemistry. He does research in Theoretical Chemistry, Computational Chemistry, Materials Science, Corrosion Science, Physical Inorganic Chemistry and Coordination Chemistry. Savas Kaya published more than 180 papers in international journals indexed SCI and SCI expanded with h-index =26. He is the editor of the books entitled "Conceptual Density Functional Theory and Its Applications in the Chemical Domain". He is the author of 10 book chapters. Recently, he introduced Kaya chemical reactivity approach and Kaya combined reactivity descriptor and proposed some electronic structure principles.

Dr. Sasikumar Yesudass is currently working as a Post-Doctoral Researcher in the School of Materials Science and Engineering, Tianjin University of Technology, China since 2018. He is presently working on the surface coatings of Mg alloys with a focus on improving bioactivity and interested in advanced orthopaedic implant devices. His major research area includes the electrochemical behavior of magnesium and titanium alloys for bio-implant applications and the corrosion inhibition studies of steels. Prior to joining at China, he has received the CAPES Post-Doctoral fellowship award by Brazilian Govt., at Central Federal Technical University, Rio de Janeiro, Brazil, and worked during 2017–2018. Besides, he has also received the National Research Fellow (NRF) Innovation Post Doctoral Research Fellowship award by DST/National Research Foundation, at North West University, South Africa during 2014–2016. After his Doctoral Research, he worked as an Assistant Professor in the Department of Physics, RRASE College of Engineering, Chennai, India during 2012–2013. Dr. Sasikumar has received his Doctoral research (Ph.D) in Surface modification and electrochemical behavior of Titanium alloys for biomedical applications’ from the Department of Chemistry, College of Engineering, Anna University, India in the year 2012. He has published overall 22 peer-reviewed international publications in well reputed SCI journals with an h-index of 12, written 2 book chapters, and participated in various National and International conferences. In addition, he has delivered keynote lectures and invited talks at various international conferences. Besides, he has received research-oriented fellowships, like ‘ICMR-Senior Research Fellowship’ (2008) and
‘CSIR-Diamond Jubilee Research Intern’ (2006).

Dr. Srinivasan Arthanari is currently working as a Researcher in the Chungnam National University, Daejeon, the Republic of Korea since 2021. His major research areas include the development of light metals, laser processing, surface treatments, and corrosion studies. Previously, he has received the Chinese post-doctoral fellowship at the School of Mechanical Engineering and Automation, Hefei Innovation Research Institute of Beihang University, Beijing, China in the year 2019-2021. He has also received Brain Korea (BK) fellowship and worked as a post-doctoral researcher at the School of Materials Science and Engineering, Seoul National University, South Korea during 2016-2018. Dr. Srinivasan has received his Ph.D. in chemical surface treatment of Mg alloys for biomedical applications from the Department of Chemistry, College of Engineering Guindy, Anna University, India in the year 2015. Further, he has worked as a Junior Research Fellow, and Senior Research Fellow in the Department of Science and Technology-Science and Engineering Research Board (DST-SERB), Govt. of India, funded project during 2011-2013. As a recognition of his doctoral work, he has received the best Ph.D. thesis award from the National Corrosion Council of India (NCCI) in the year 2016 and also received the Young Scientist Award-Runner Up I in the year 2015. Further, he has published more than 35 peer-reviewed international publications, written book chapters, patents and participated in various National/International projects. Besides, Dr. Srinivasan has also served as co-guest editor for a special issue in MDPI-Crystals journal, delivered webinars and keynote lectures in various international conferences and guest of honor in the National conference.

Dr. Sivakumar Bose is presently working as a Postdoctoral Researcher in the Department of Biomedical Engineering, Pukyong National University, South Korea, since 2021. His present research work is focused on "Synthesis of nanomaterials for the bacterial disinfection (wound healing) applications using photo-induced methods". Previously he has received a "Chinese postdoctoral fellowship" in the School of Materials Science and Engineering, Hunan University, China during 2019-2020. Prior to joining at China, he has served as a "National Postdoctoral Fellow" in the Department of Metallurgical and Materials Engineering, Indian Institute of Technology Madras, Chennai, India during 2017-2019. He has completed his Doctoral research in Engineering (2017) at CSIR-National Metallurgical Laboratory, Jamshedpur, India under AcSIR University, India. His Ph.D. thesis work is mainly focused on the "Fabrication of boride coatings of Titanium and Ti-6Al-4V alloy for the improvement of tribological properties". Overall, his past and current research areas have expanded into various fields such as surface engineering, corrosion, bioimplants, synthesis of nanomaterials, and bacterial disinfection. Dr. Sivakumar has published overall 14 research articles in well reputed SCI journals like (Mat. Sci. & Eng. C, Applied Surf. Sci., Nanoscale, Tribology International, etc). He has presented and participated in many National/International conferences. Besides, he has received various research fellowships, such as "National Postdoctoral Fellowship" (2019), "CSIR-Senior Research Fellowship" (2013), and "CSIR-Diamond Jubilee Research Intern" (2008). In addition, he has also delivered various keynote lectures to different institutions for the benefit of students and research scholars. 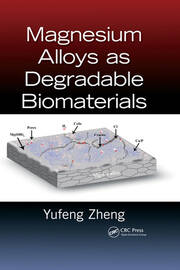 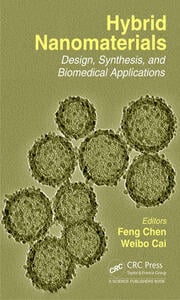 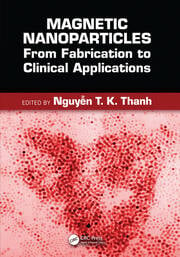