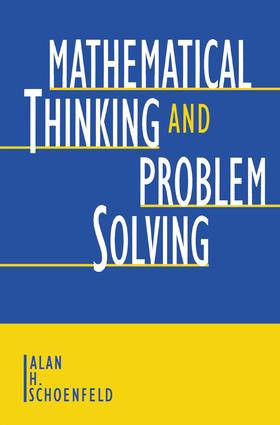 In the early 1980s there was virtually no serious communication among the various groups that contribute to mathematics education -- mathematicians, mathematics educators, classroom teachers, and cognitive scientists. Members of these groups came from different traditions, had different perspectives, and rarely gathered in the same place to discuss issues of common interest. Part of the problem was that there was no common ground for the discussions -- given the disparate traditions and perspectives.

As one way of addressing this problem, the Sloan Foundation funded two conferences in the mid-1980s, bringing together members of the different communities in a ground clearing effort, designed to establish a base for communication. In those conferences, interdisciplinary teams reviewed major topic areas and put together distillations of what was known about them.*

A more recent conference -- upon which this volume is based -- offered a forum in which various people involved in education reform would present their work, and members of the broad communities gathered would comment on it. The focus was primarily on college mathematics, informed by developments in K-12 mathematics. The main issues of the conference were mathematical thinking and problem solving.

"The conversational tone of the book invites anyone interested in reform to engage in a conversation with scholars having distinctly different areas of expertise".

"In an interesting and somewhat unique approach, Schoenfeld has essentially put into print a recent conference on college mathematics. A commitment to math education is apparent in contributors to this book."

"…sets an agenda for future research in undergraduate mathematics education."