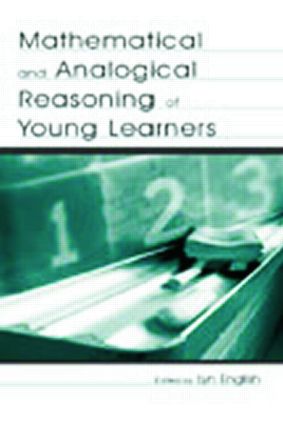 Mathematical and Analogical Reasoning of Young Learners provides foundational knowledge of the nature, development, and assessment of mathematical and analogical reasoning in young children. Reasoning is fundamental to understanding mathematics and is identified as one of the 10 key standards for school mathematics for the new millennium. The book draws on longitudinal and cross-cultural studies, conducted in the United States and Australia, of children's reasoning development as they progressed from preschool through the end of second grade.

The multifaceted analysis of young children's development of mathematical and analogical reasoning focuses on individual learners, their learning environments, and the interaction between the two. The multidisciplinary team of authors present multiple perspectives and multiple methodologies, and provide valuable information on organizing and sustaining interdisciplinary and cross-cultural inquiry. Key issues addressed include:

*the relationship between mathematical and analogical reasoning;

*how changes in children's reasoning relate to the implicit instruction they receive in their classrooms;

*analyses of the participating teachers' knowledge, beliefs, and practices with respect to mathematical and analogical reasoning of young learners; and

*ways in which we might promote development of mathematical and analogical reasoning in young children.

"This book is a very useful resource not only for mathematics education researchers, cognitive psychologists and teacher educators but would also benefit classroom teachers of young children. Understanding the development of children's reasoning processes would help teachers tailor instruction that facilitates and nurtures the natural 'mathematical' tendencies of young children….recommended very highly."

"This book fills a niche in the current literature. It takes us back to the very roots of learning by investigating foundational questions on the nature of, the evolution of, and the complexity of reasoning in young children. The book's attempt to create a research base on children's analogical reasoning and its relationship to mathematical reasoning is a giant step in the right direction. It is certainly an eye-opener for anybody interested in complexities of the teaching and learning of mathematics."