As part of our new behind-the-scenes series of blog posts which share insights into our authors’ writing processes, in this post we’re delighted to share the journey of Data Sketches authors Nadieh Bremer and Shirley Wu.

Read on to find out how the two came to write the book and the many steps that went into turning their idea into a reality.

The inception of the idea

We first considered a “Data Sketches” book shortly after the launch of “Data Sketches” online, when we heard Alberto Cairo mention our project on a livestream. We were giddy with delight when we heard him say that if we ever created a book, he would display it on his coffee table. We were enamoured with the idea, but it felt like a far-away dream. 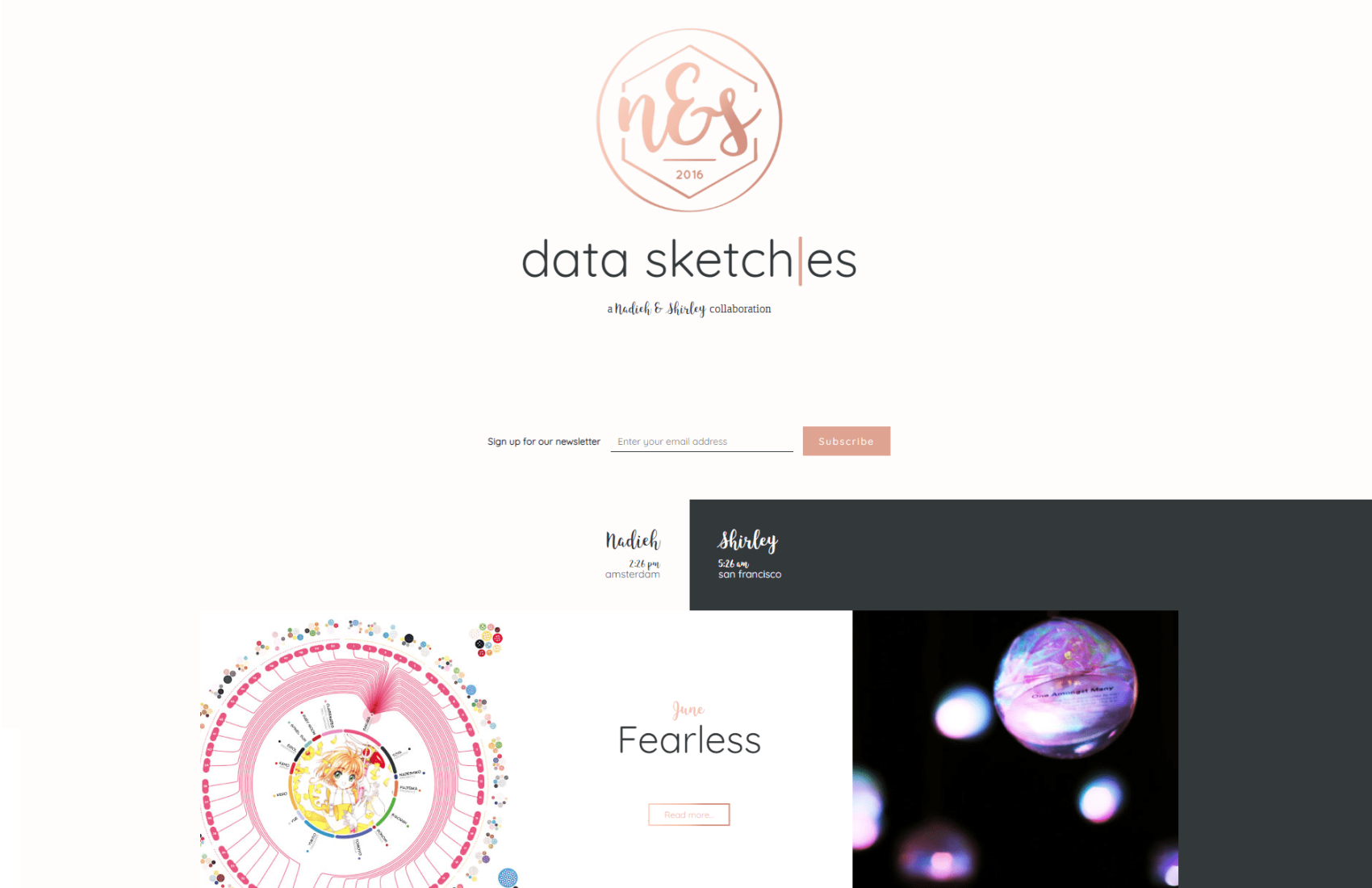 After we had made the decision to try and find a publisher, we reached out to a few people for tips. We made a basic proposal document, later expanded with images and samples, and reached out to a few publishers through existing contacts, but none really clicked in terms of what we had in mind and what the publisher said they wanted from us.

Publishers did not seem keen on the book we wanted to make: a beautiful coffee table book with large images of our projects side-by-side with technical write-ups. We wanted it to be both aesthetically pleasing and educational, yet the publishers we talked to initially seemed to only want one and not the other.

We were close to giving up when, one summer day in 2017, Shirley reached out to Tamara Munzner during a visit to Vancouver. Tamara asked if we had ever considered turning “Data Sketches” into a book. She wanted us to be part of her series of data visualization books, and we were more than thrilled! We had finally found an editor (and enthusiastic champion of our work) and a publisher willing to work with us to create our dream book.

Tamara gave us a renewed purpose in creating a “Data Sketches” book. She convinced us that because everything on the internet eventually bit-rots, we needed to do it for archival purposes. Tamara then wrote an amazing email to CRC Press explaining why this book needed to be made :) and she's been there for us whenever we had questions, making time to talk to us, such as when we had doubts on whether to self-publish or not. Tamara's amazing.

Hi Sunil,
I'm very excited about a new book idea, on the Data Sketches project. I discussed it at length with Shirley Wu a few weeks ago in person, and she has followed up with her co-author Nadieh Bremer. They' re both extremely enthusiastic about bringing their project to print. Shirley is in Lori don Aug 29 - Sep 2, so it might be possible for you two to chat in person if you're in town.
Let me start by mentioning a project that partly inspired this, the Dear Data project from Giorgia Lupi and Stefanie Posavec. The project really took the world by storm. However, the book doesn't include the prqcess details posted on the web site. The Data Sketches project is a similar year-long collaboration, but between Wu and Bremer. There are also a lot of differences. Each "episode" is more in-depth where each episode is done over a month rather than a week. They usually use large-scale external datasets rather than personal data about their own lives (with some exceptions like the Travel month in September). Crucially, they build the final version with code {although they do use some sketching in the early phases of their design process). Their existing process notes are deep and detailed.
They' re most of the way through the year, with only a few months left. You can see for yourself at http:ljwww.datasketch.es/. dick in the middle of the month to see their process notes, or on each side to get the fina I product from each of them. The month that's gotten the most attention so far is November - Wu's An Interactive Vlsua lization of Every Line of Hamilton project made a lot of waves http://www.datasketch.es/november/1 http://polygraph.cool/hamilton. Bremer's Olympic Feathers from August also came to my attention before I even knew it was part of a larger project, http:ljwww.datasketch.es/august/
What I think is so fantastic about this project is the really deep and detailed process notes that they've created - not only would it be a coffee table book with beautiful pictures, it also has substantial pedagogical value to see their design process through this series of case studies. I've been regularly recommending that people interested in visualization engage with this project through the existing web site {it's already in my set of further resources for when I teach). I think it would be a really great thing to create a true book out of that site - both to have something arcl,ival for p_osterity (after the sites_!tiemselves have bitrotted away), and to expose an ever broader set of people to their work. I'm confident that the end result of the project will be a book's worth of content. It's topical in the sense that some of the projects were about data very much in the news when they started {the 2016 summer Olympics), yet timeless in the sense that their results are still interesting and engaging even later on for the most topical things, plus some of their datasets are longstanding data {decades of fantasy novels, Harry Potter fanfic, Lord of the Rings). They're a bit behind with their original schedule since they've gotten very ambitious, but I am certain they'll finish the project within a finite number of months - and then that they can book-ify it within say a year after that {maybe even less if we're lucky).
What do you think?

In terms of writing the book itself, having had the fortune to talk to a few other (dataviz) book writers beforehand and learning how much time it cost them, especially right before the deadline, I expected this would be a task that I would hate by the time the manuscript was done. But that wasn't the case. I think two aspects played a big part in that. Firstly, I had already written the design process for the online version of Data Sketches; I still had to spend a lot of time rewriting/reworking that for the book, but I didn't have to start from scratch, and it was more a case of shortening write-ups (rather than making them longer). Secondly, the nature of the project meant that writing it was like explaining the design processes to someone face-to-face (rather than examining the entire field).

One big thing I did learn: don't expect to write a book without blocking out full days in your agenda. If you hope that the writing will simply emerge in a spare hour, it won't. I blocked out 2-3 days at a time to work on the book; only then did it work. 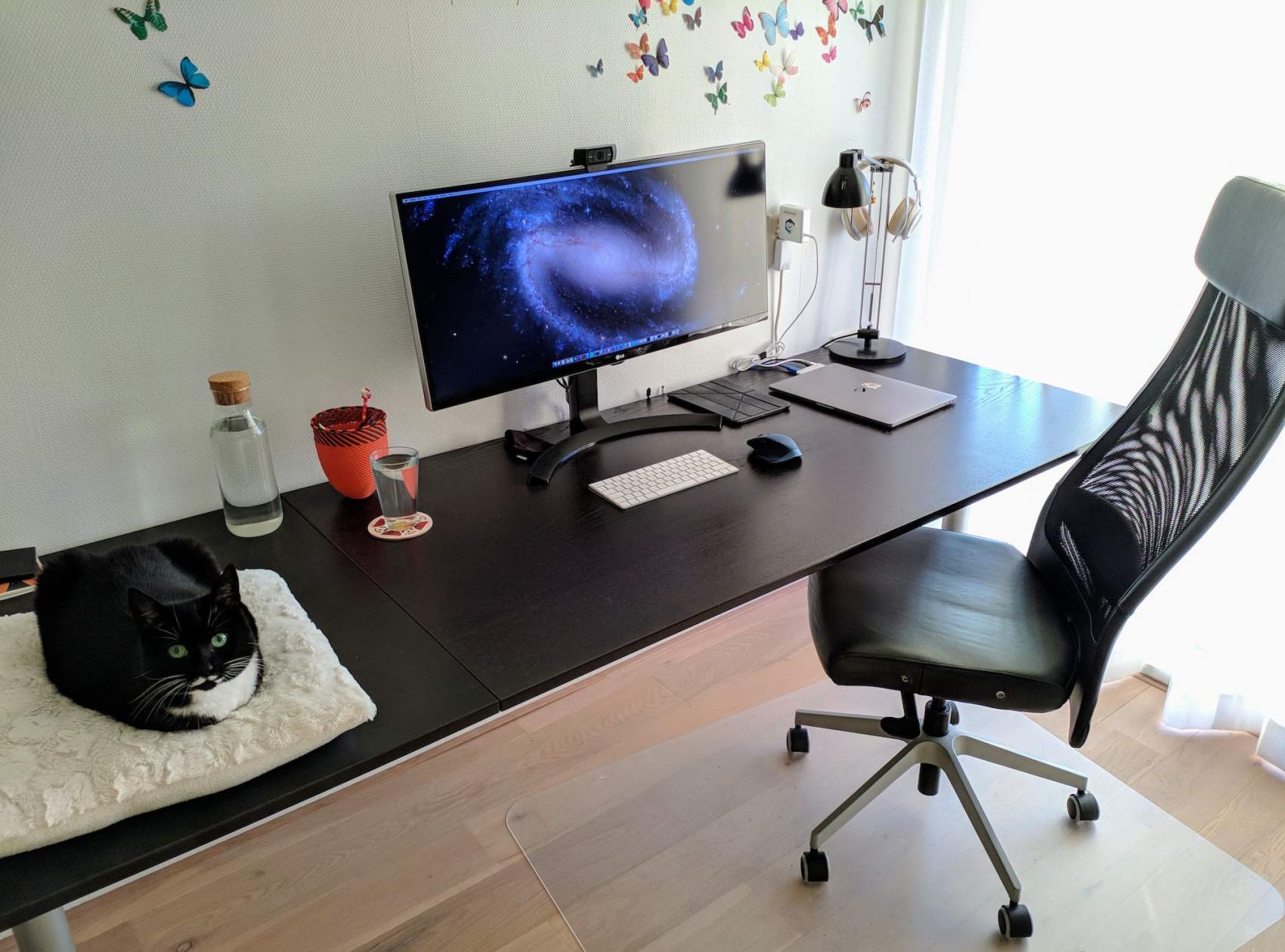 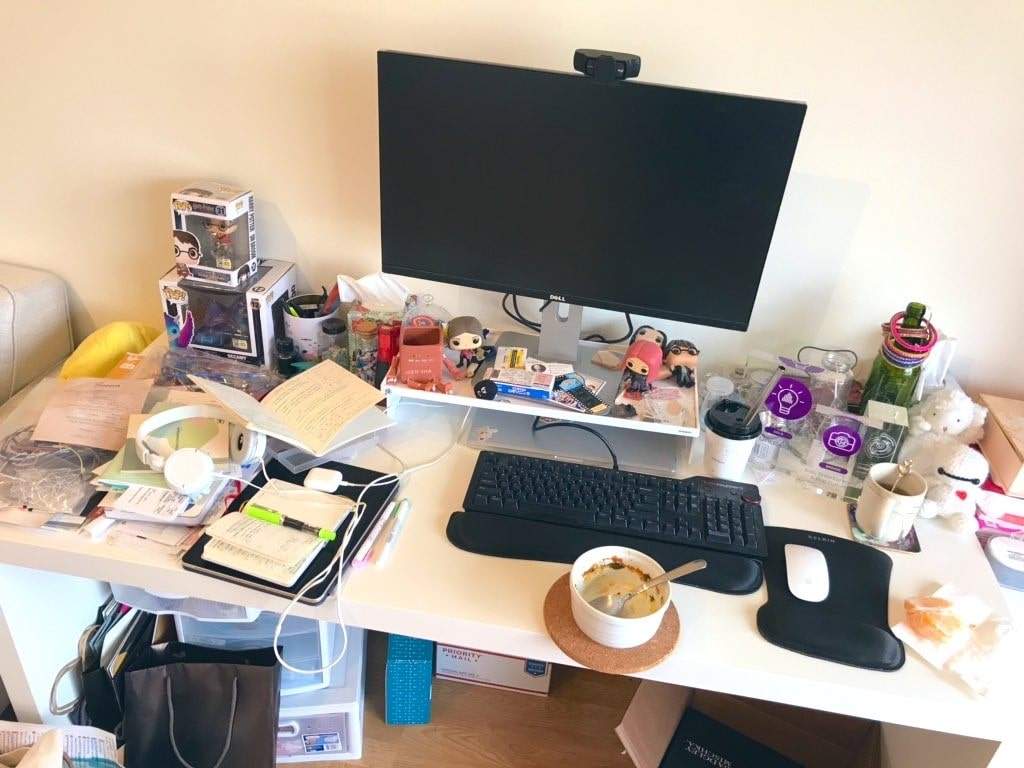 I think the fact that we came up with an inner book design before we even touched the text was a real help. That way we knew that we wanted gutter notes, quotes, and lessons. We knew what things to highlight and what to look for. I think that taking this into account from the start is much easier than trying to figure it out when you're already done with the text. There were still some things that we hadn’t figured out (or only thought we had), like exactly what should be seen as code (so I did have to go back through all 12 chapters several times to either do a find-replace, or read through all chapters again looking for specific wording to change, which wasn't a fun aspect after the n-th time!). 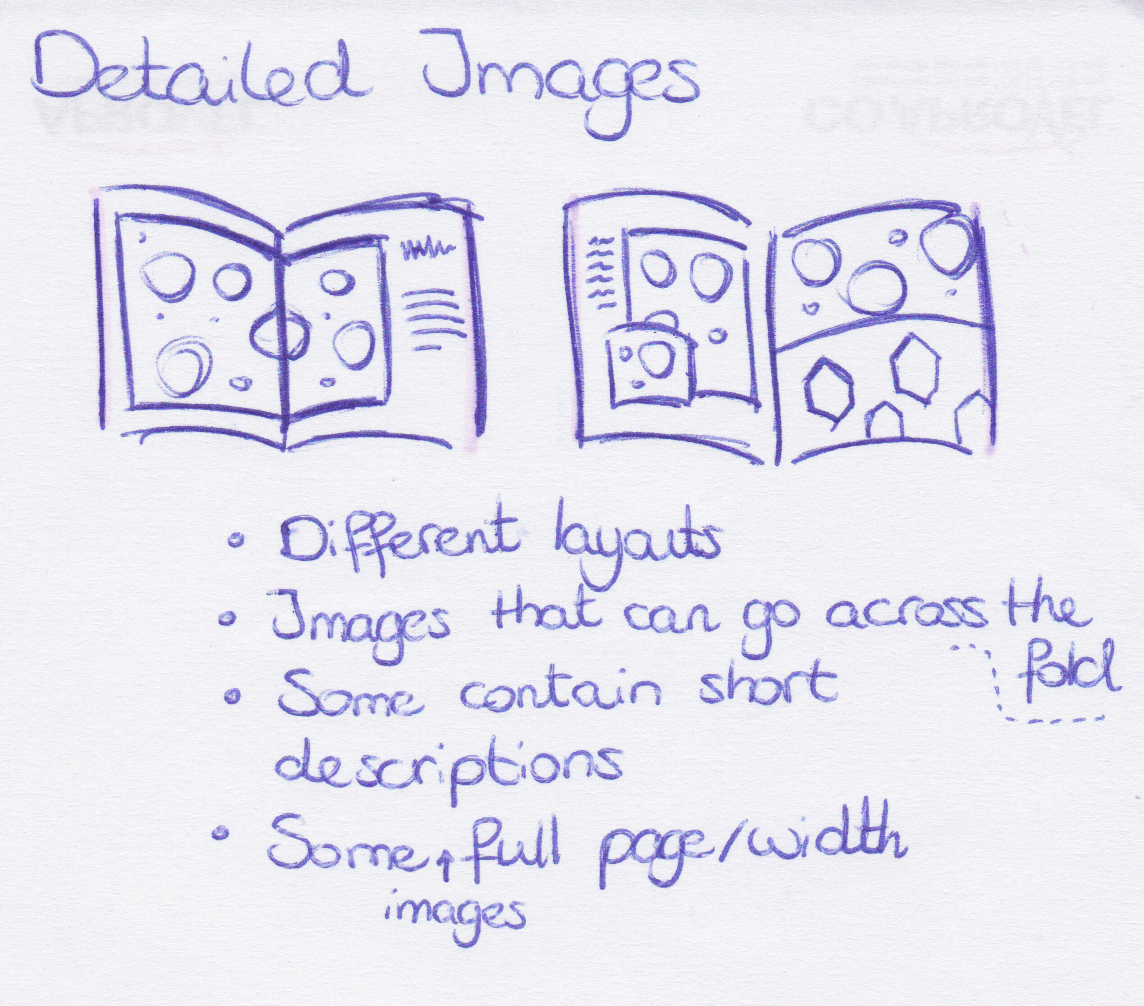 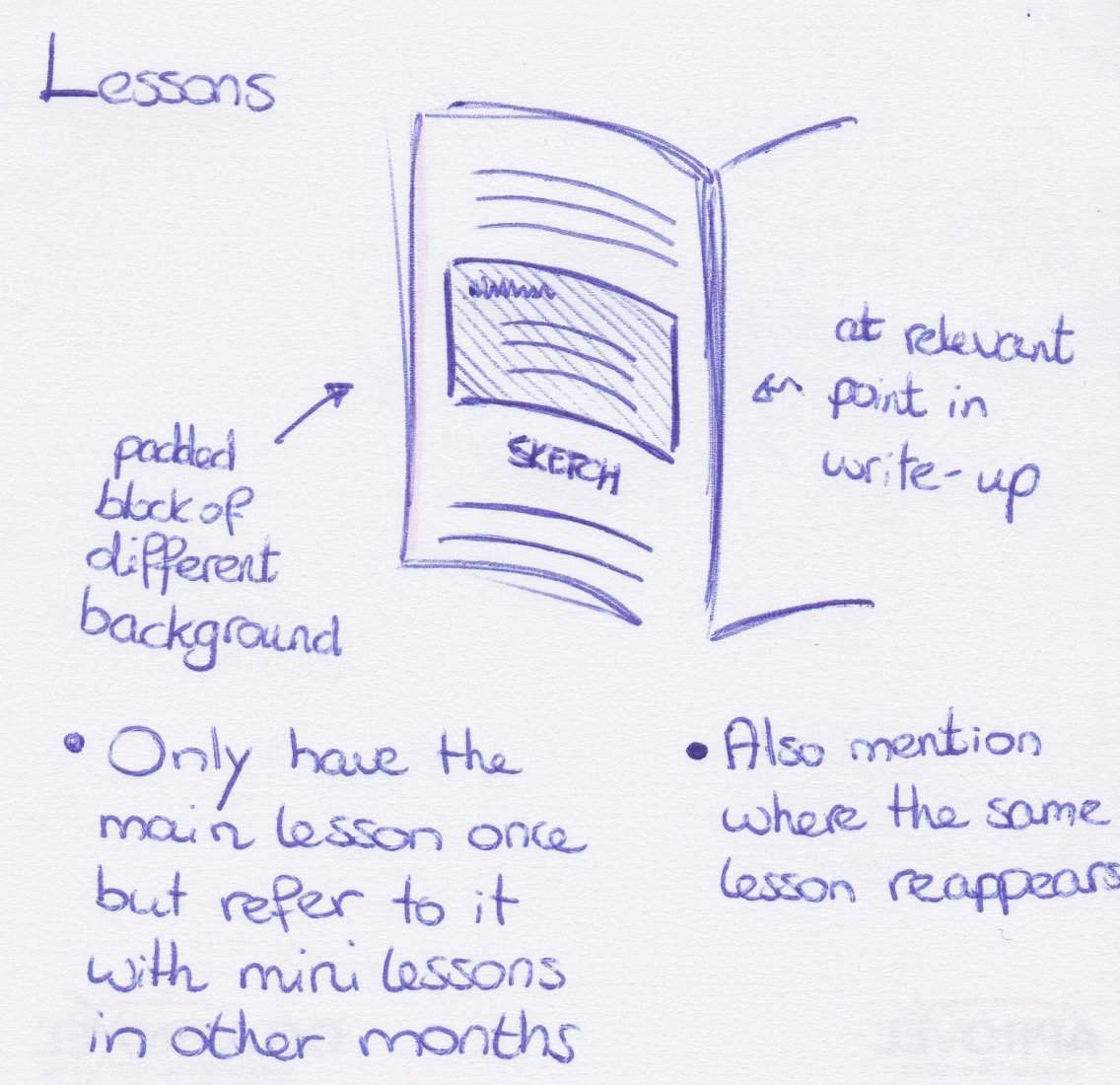 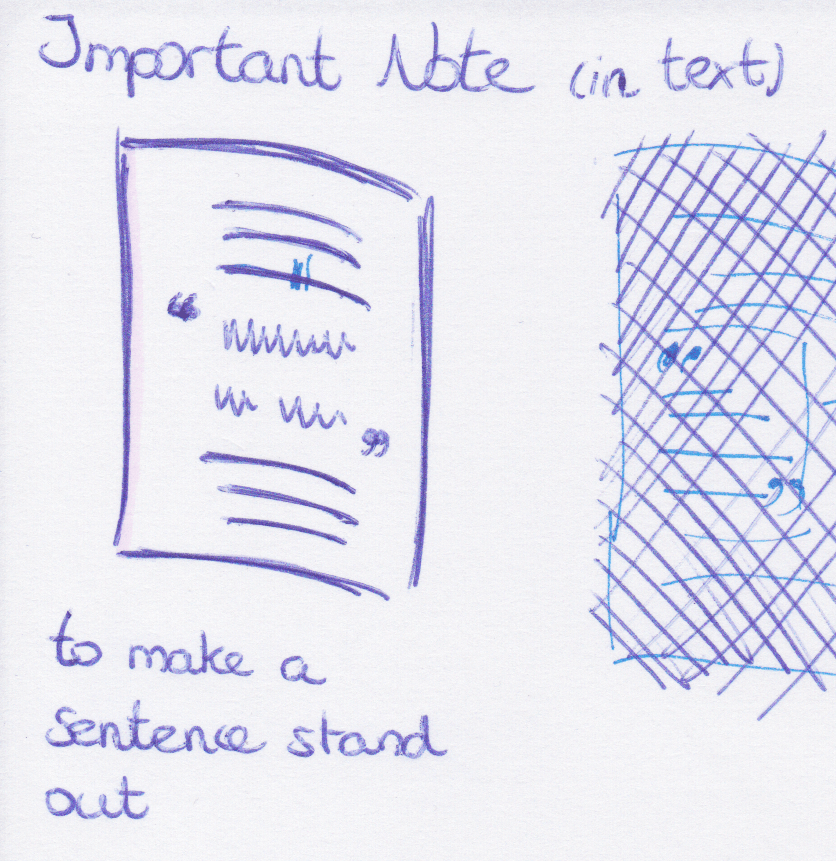 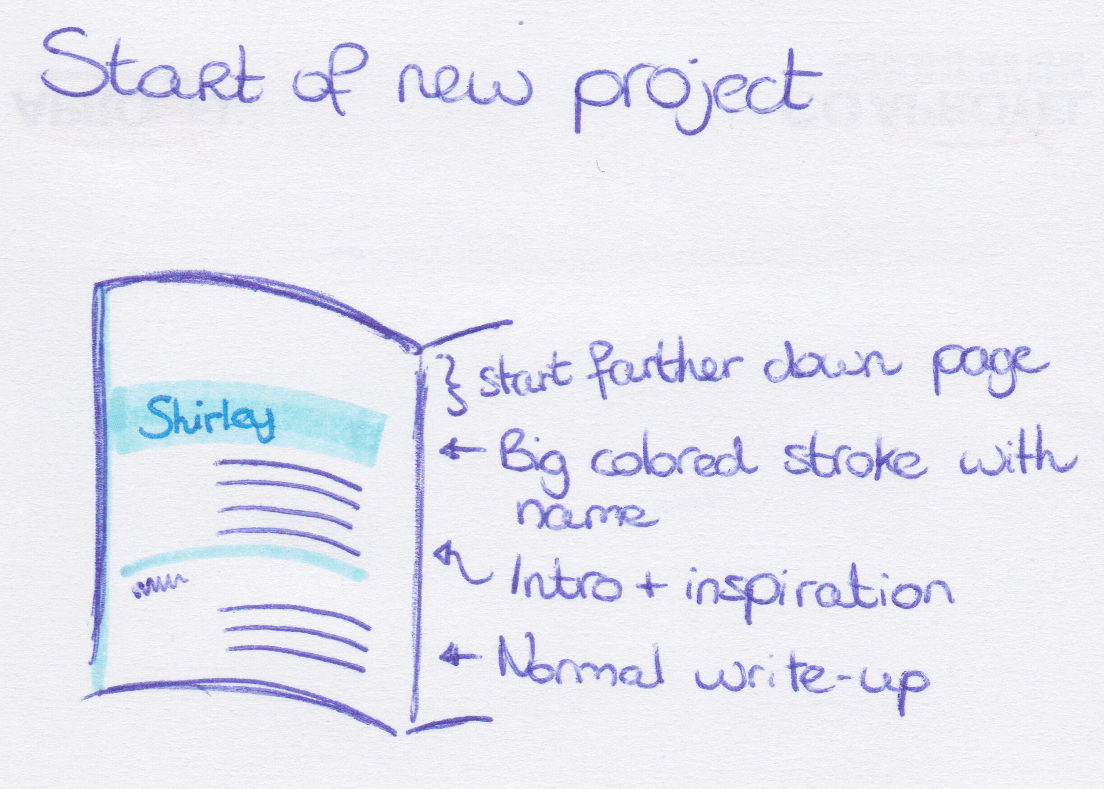 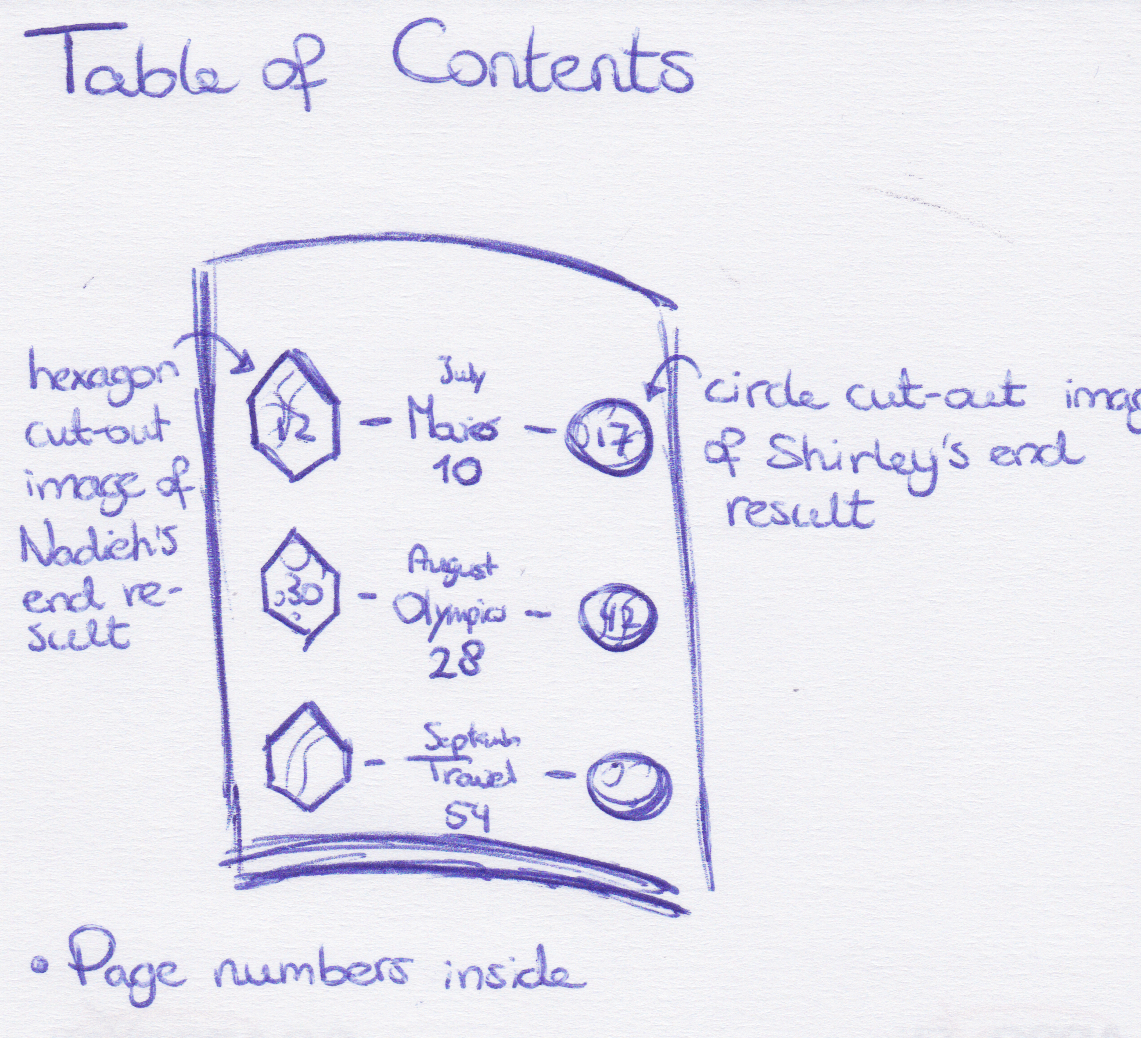 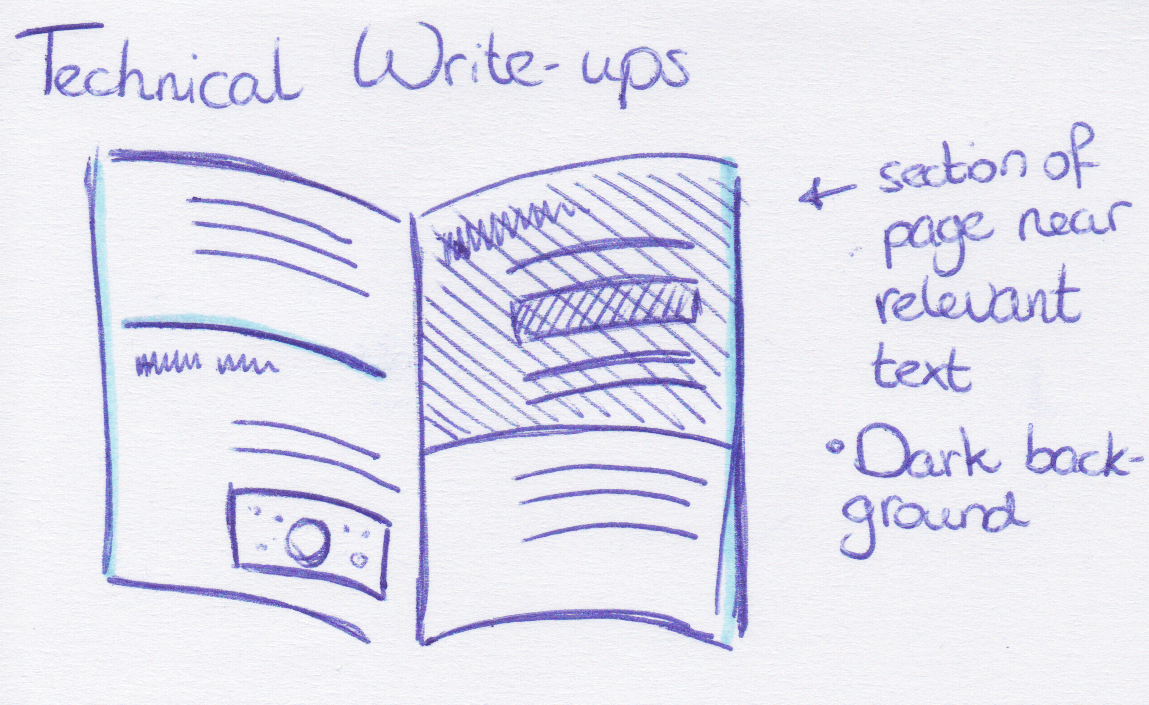 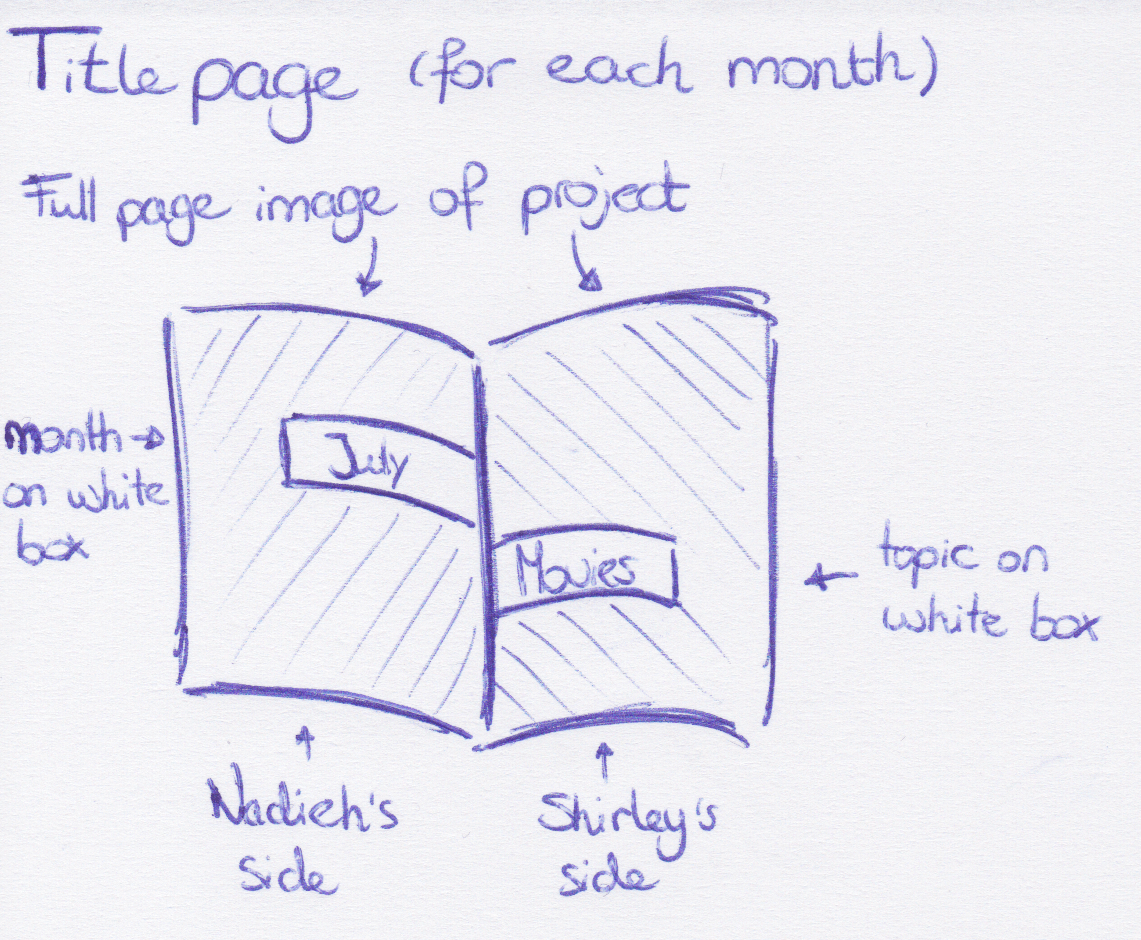 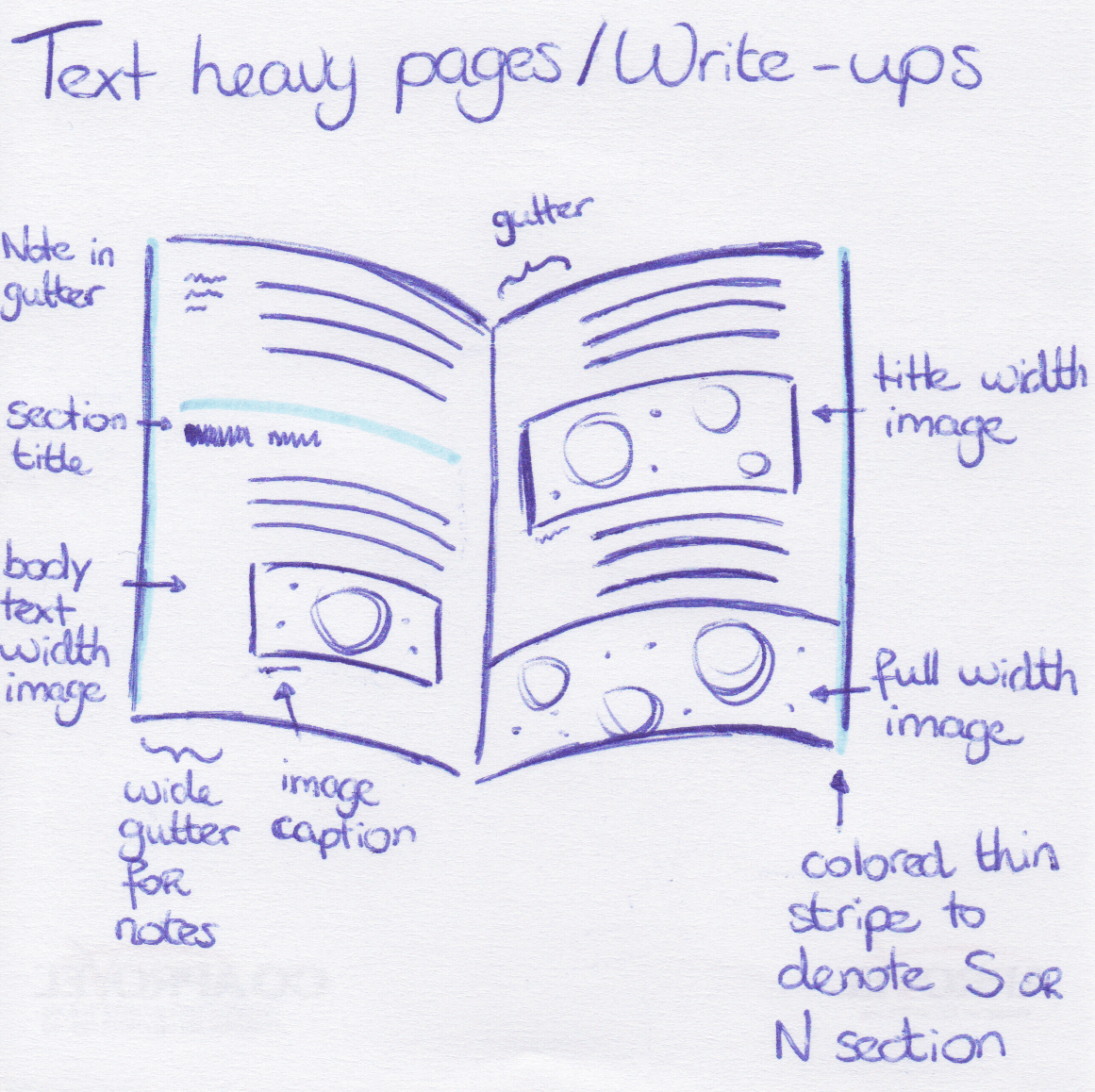 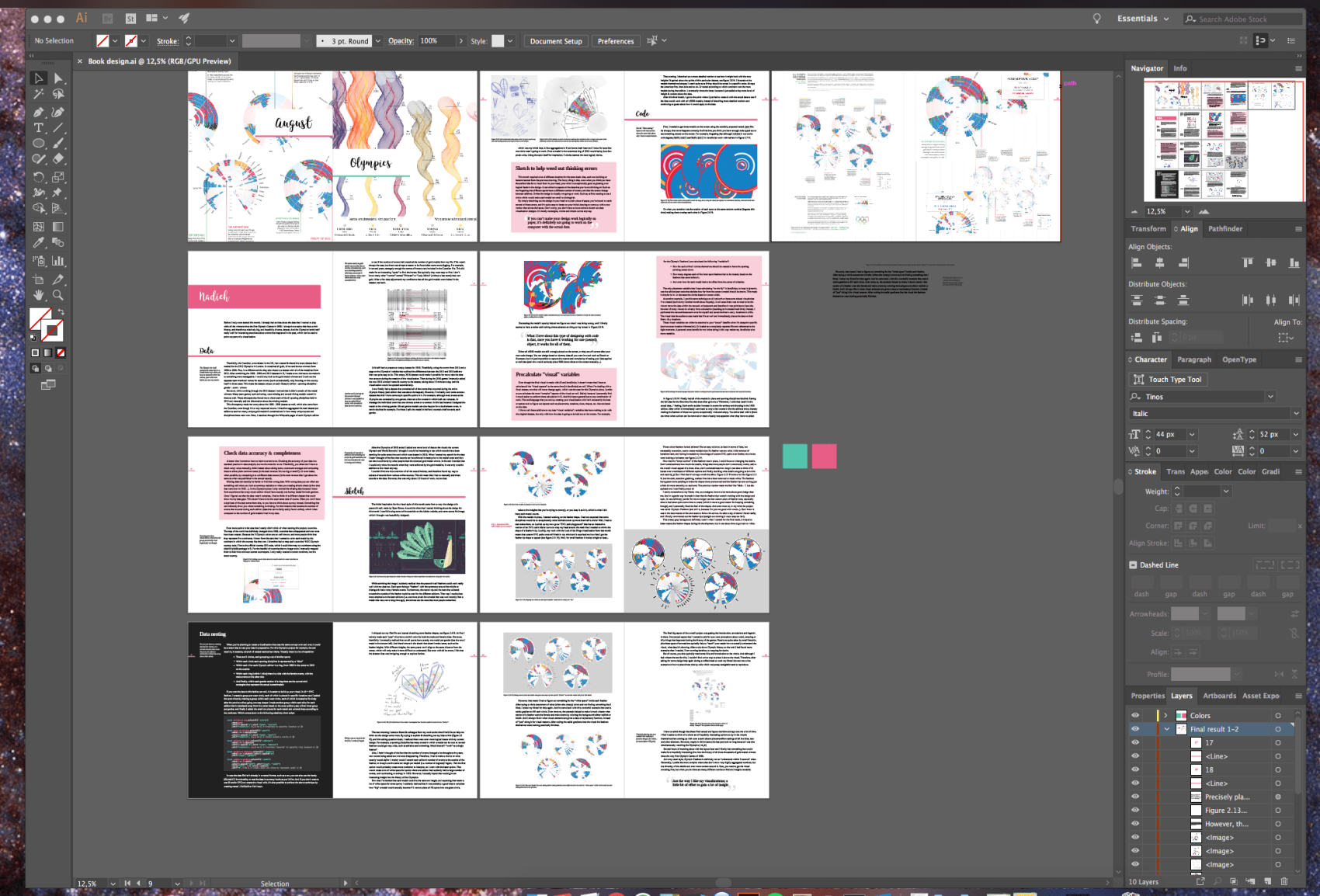 Writing it all in Google Docs was a major help and something that I would recommend, especially if you are working in a team. Via Google Docs, we used a shared chapter template for each chapter; we reviewed each other’s chapters and provided comments; it is easy for the editor to add suggestions and the author to accept, and you can both do this live (you don’t have to wait for the reviewer to go through the whole thing, to start accepting/making changes); you can also share specific chapters with other people for feedback without having to deal with multiple copies, instead you have one shared source. 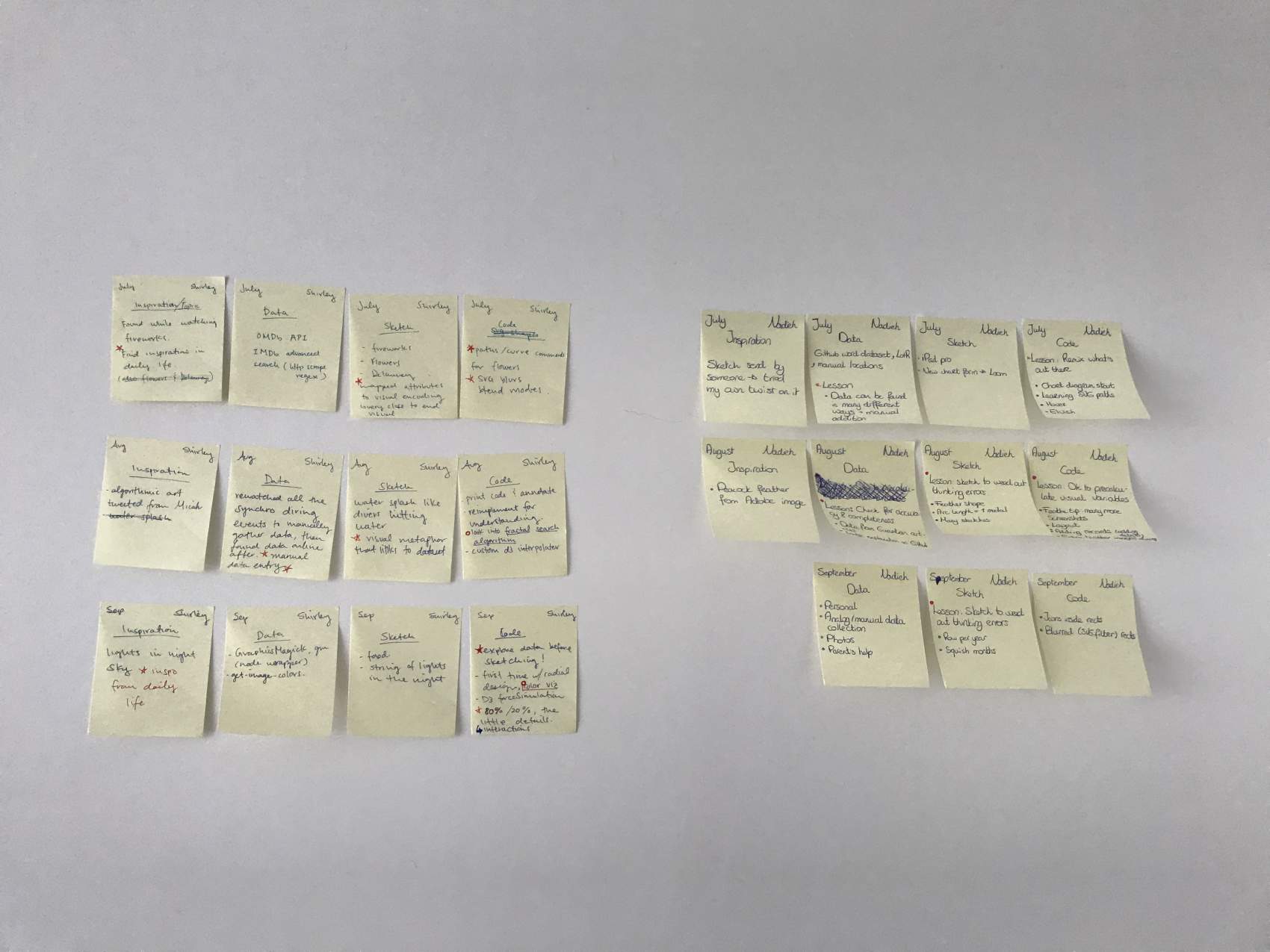 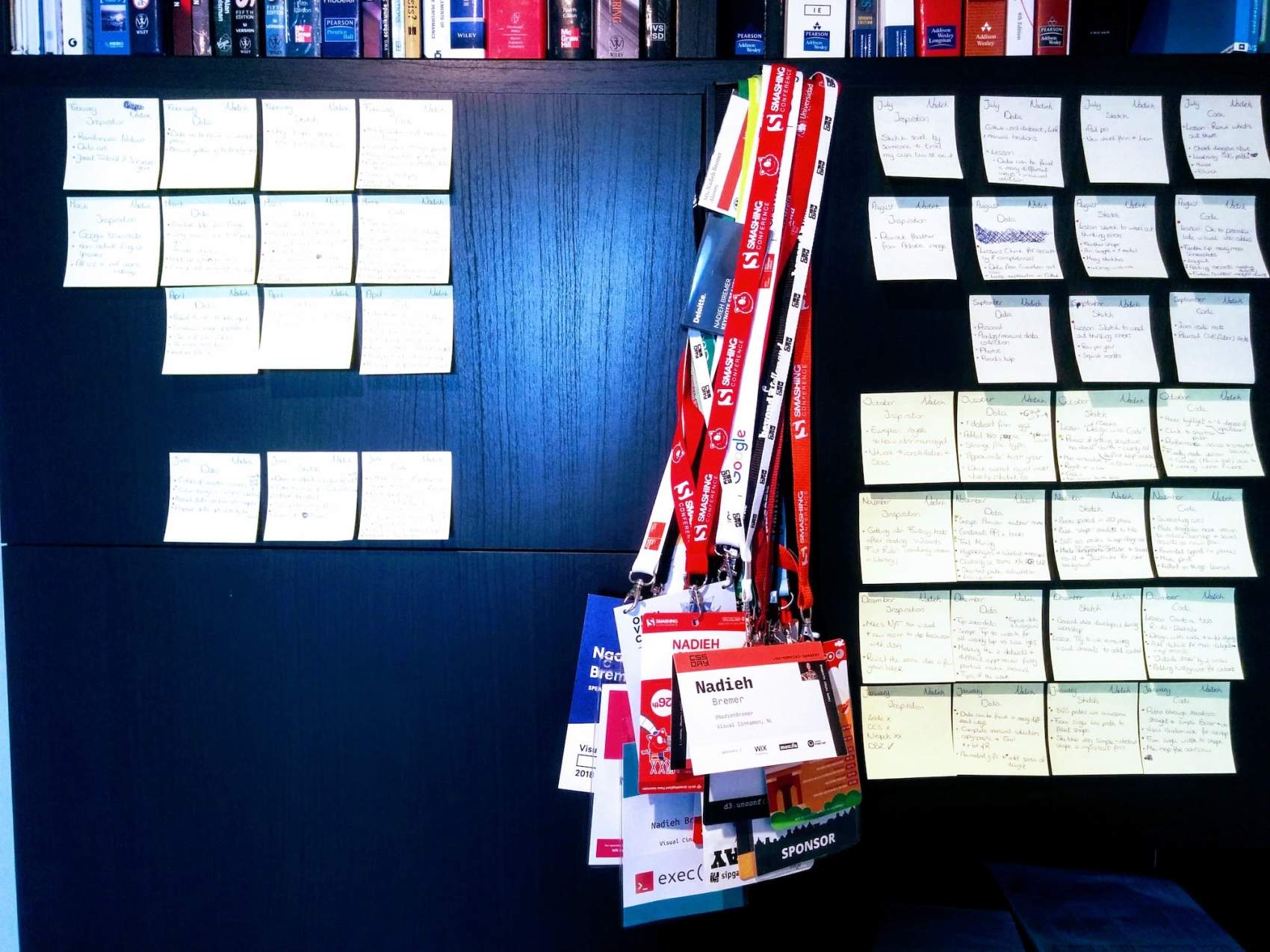 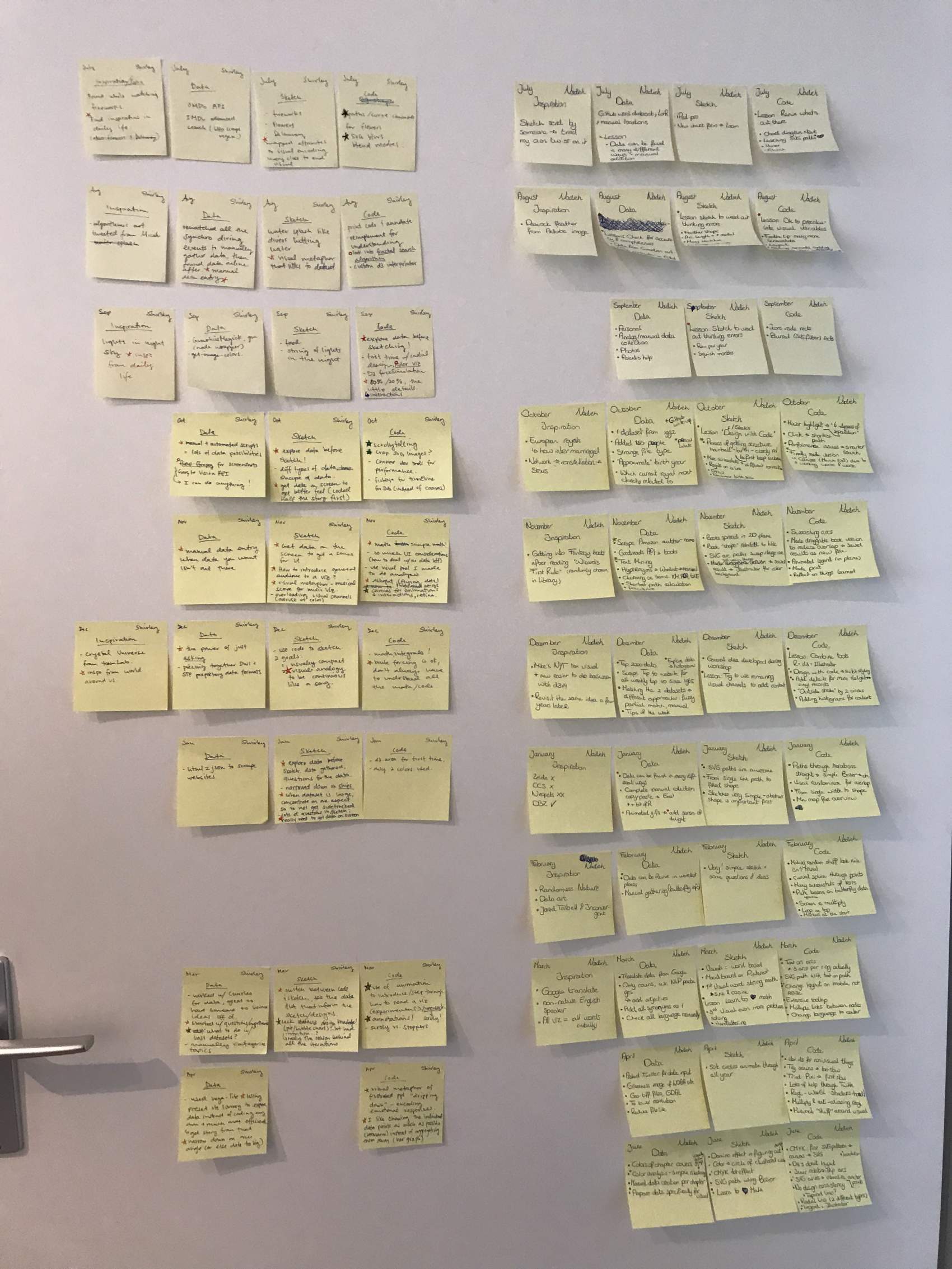 We hired an independent editor who went into the sentences (also the punctuation, but the focus was on making the sentences flow better, to tighten things up), which I think was a great investment on our side. I wonder if we'll ever sell enough books to get our costs back, but we didn't go into this to make money; we want to make the best book that we can.

One thing that I do really wish we had more help with was the image permissions. I had no experience with this and spent many hours trying to figure out which images were OK and what changes had to be made to make it OK. I also would've liked to know a lot more detail about what would happen after the manuscript is submitted from the start. A document with a detailed general timeline/roadmap, for example.*

These images have kindly been provided by the authors for inclusion in this blog post.

*Note from the Editor: T&F are currently preparing a new and improved set of Author Guidelines, which will replace the existing documents on our ‘Publishing guidelines’ page for Authors: https://www.routledge.com/our-customers/authors/publishing-guidelines; we also have a new set of Author FAQs here: https://www.routledge.com/our-customers/authors/author-faqs.

Buy your copy of Data Sketches 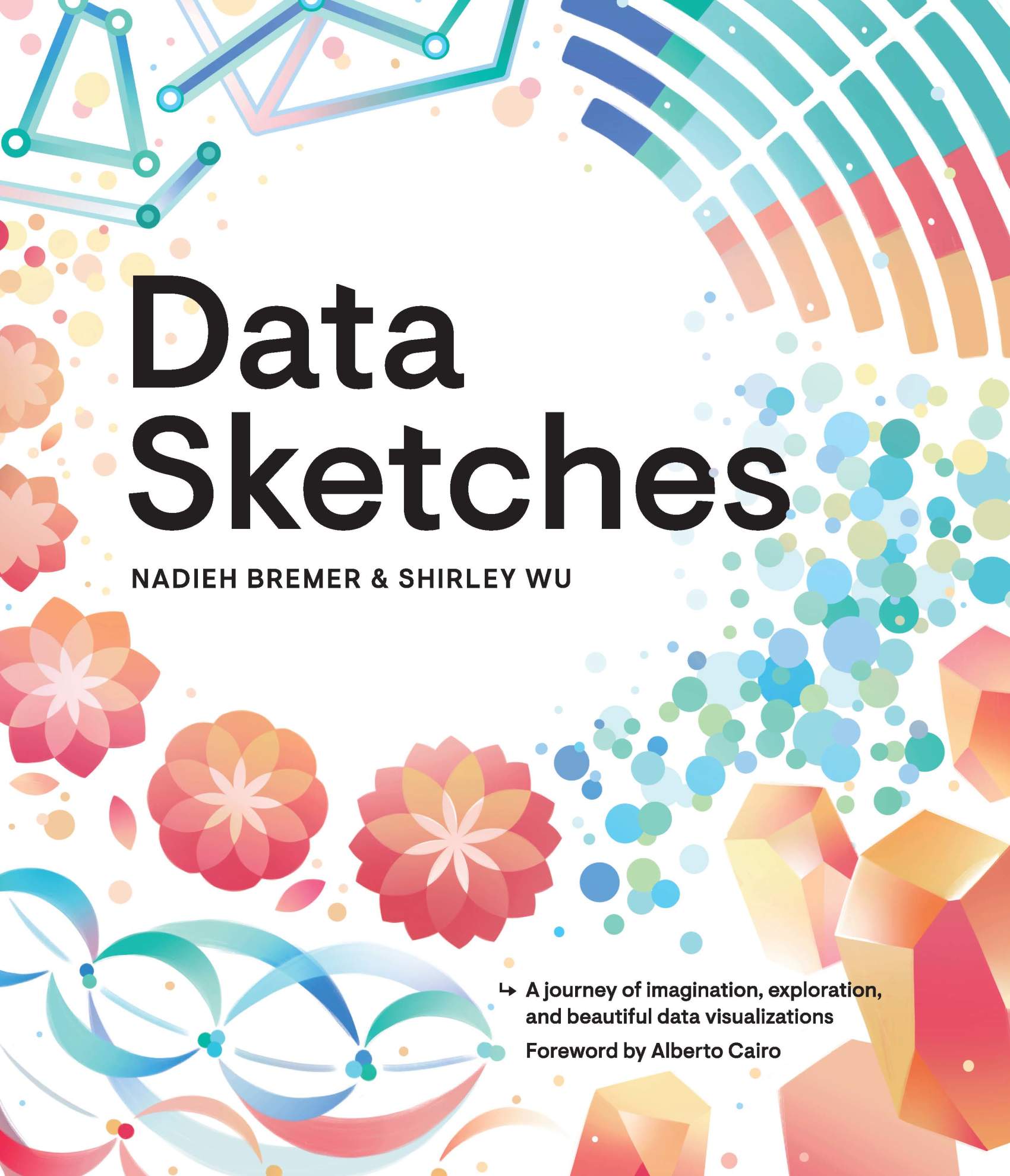 They are both award-winning and internationally recognized data visualization designers. Their past clients include Google, UNESCO, SFMOMA, and the New York Times.