Biomass Power for the World 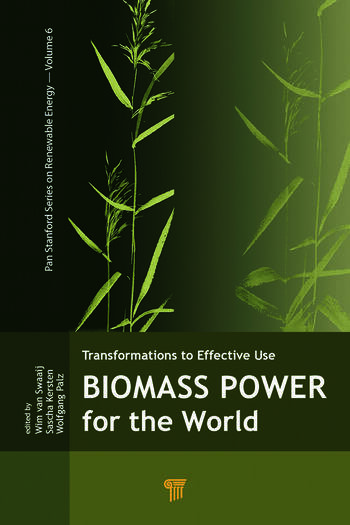 Biomass Power for the World

Energy from solar radiation, fixated by self-assembling plant structures, creates biomass that is converted to energy carriers fit for application in today’s and tomorrow’s energy-generating equipment. The central theme of this book is the development of the current largest renewable energy source for efficient applications in modern and developing society—biomass. The book is presented in an easy-to-understand manner for non-experts, nevertheless revealing the true challenges of this extremely broad area. Through this book, passionate pioneers and (ex-)EU officials tell the interesting history of the use of biomass by mankind in general and how the future of its modern use was shaped by active support of the European Union. The book mainly emphasizes specific technologies, both biological and thermo-chemical, from simple to extremely complex. Recognized experts explain these technologies in a clear way along with their future prospects.

Climb on the shoulders of all 35 authors of the book and look into the close and distant future where interaction with other renewable sources will occur, and discover a renewable energy future in which an important role will be played by the oldest one—bioenergy.

Wim van Swaaij studied chemical engineering sciences and obtained his PhD at the Technical University in Eindhoven, the Netherlands. He has over 40 years of experience in industrial and academic R&D on processes including biomass conversion. He is a consultant for several multinational firms such as Shell, DSM, Solvay Duphar, and BASF. He is a member of the Royal Netherlands Academy of Sciences. His awards and honors include the "Grand Prix du Génie des Procédés" of the French Academy of Sciences; doctor honoris causa by the Université de Nancy, France; the Royal Dutch Shell Prize; and the Golden Tesla medal for energy research. He is Knight in the Order of the Netherlands Lion.

obtained his MSc in chemical engineering from the University of Amsterdam, the Netherlands, and a PhD on biomass gasification in circulating fluidized beds from the University of Twente under the guidance of Prof. Van Swaaij. He began his career at the Energy Research Centre of the Netherlands, where he worked on modeling of dynamic systems and later on biomass conversions. Since 2003 he has been working at the University of Twente and is currently the chair of the Sustainable Process Technology Group of the university. He is working on energy-efficient separations, CO2 capture and utilization, water purification, recovery/recycling of scarce elements, and thermochemical conversions of biomass into fuels, chemicals, and materials.

holds a PhD in physics from the University of Karlsruhe, Germany. He is bearer of an Order of Merit of Germany (Bundesverdienstkreuz), has been recognized as a wind energy pioneer in Britain, and has received several European prizes for biomass, wind energy, and solar photovoltaics, including the Swiss Solar Prize, together with the pioneers B. Piccard and A. Borschberg, the pilots of the airplane Solar Impulse, and the ISES Advancing Solar Energy Policy Award. He is author of the book Solar Electricity, which was published by UNESCO in seven languages, and editor of Pan Stanford Publishing’s book series Power for the World. 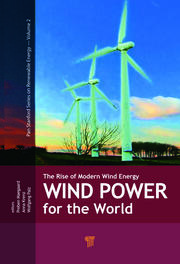 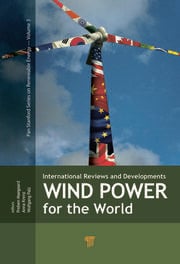 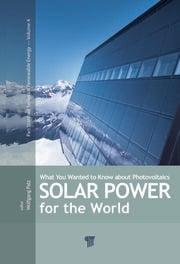