The use of fiber-reinforced polymer (FRP) composites in infrastructure systems has grown considerably in recent years because of the durability of composite materials. New constituent materials, manufacturing techniques, design approaches, and construction methods are being developed and introduced in practice by the FRP composites community to cost-effectively build FRP structural systems. FRP Composite Structures: Theory, Fundamentals, and Design brings clarity to the analysis and design of these FRP composite structural systems to advance the field implementation of structural systems with enhanced durability and reduced maintenance costs. It develops simplified mathematical models representing the behavior of beams and plates under static loads, after introducing generalized Hooke’s Law for materials with anisotropic, orthotropic, transversely isotropic, and isotropic properties. Subsequently, the simplified models coupled with design methods including FRP composite material degradation factors are introduced by solving a wide range of practical design problems. This book:

This textbook is aimed at advanced undergraduate and graduate students and industry professionals focused on the analysis and design of FRP composite structural members. It features PowerPoint lecture slides and a solutions manual for adopting professors.

After joining West Virginia University in 1969 as an Assistant Professor, Dr. Hota attained the rank of Maurice & JoAnn Wadsworth Distinguished Professor in the Department of Civil and Environmental Engineering, Statler College of Engineering and Mineral Resources, and became a Fellow of ASCE and SEI. Dr. Hota has been directing the Constructed Facilities Center since 1988 (a Center of Excellence designated by the U.S. Congress in 2000), and also the Center for Integration of Composites into Infrastructure, both co-sponsored by the National Science Foundation. Through many interdisciplinary activities, he has worked to advance the state-of-the-art of fiber reinforced polymer (FRP) composite materials and their applications to infrastructure systems. Dr. Hota has demonstrated success by field-implementing his research findings and technical innovations for construction and rehabilitation of a wide spectrum of engineering systems in West Virginia, Ohio, Pennsylvania, Alaska, and other states. In addition to the application of FRPs for highway and railroad structures, he has utilized FRP composites for corrosion resistant storage buildings and economical modular housing. Recently, Dr. Hota has been involved with innovations of naval vessels, prefabricated pavements, utility poles, high pressure gas pipes, sheet piling, natural fiber reinforced composites and others. Dr. Hota has published over 400 technical papers on a wide range of subjects in refereed journals and proceedings, in addition to textbooks and book chapters. He has received fourteen patents and many national awards. He advised over 300 M.S. and Ph.D. students towards successful completion of their degree requirements. His pioneering accomplishments have been covered by CNN, ABC Evening News, KDKA-Pittsburgh, WV-PBS, and many others.

Woraphot Prachasaree received a B.Eng. degree in civil engineering from Prince of Songkla University, Thailand in 1997 and an M.Eng. degree in the field of structural engineering from Kasetsart University, Thailand in 2000. In 2001, he joined WVU’s Constructed Facilities Center (CFC) as a research assistant. He holds an M.S. degree and a Ph.D. degree in civil engineering, both from West Virginia University. In 2007, Woraphot became Lecturer at department of civil and environmental engineering, Prince of Songkla University, where he currently holds the position of assistant to the President. His present research interests cover several areas, including FRP composites, concrete structures, structural durability, and FE modeling. He has authored or coauthored over 40 publications in engineering journals. He is a registered professional engineer in Thailand. He has engaged in consulting work in the field of structural inspection, design and construction for many engineering and infrastructure projects. 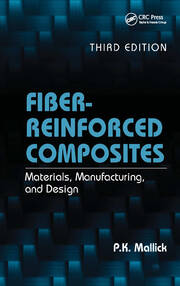 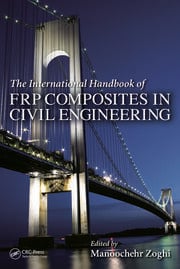 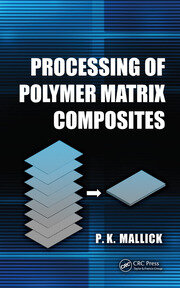