The by-products of food processing operations may still contain many valuable substances. Nowadays, the potential utilization of these major components has been the focus of increasing attention. Food by-products or food industry shelf-stable coproducts in liquid, pomace, or powder forms can be obtained by processing fruits, vegetables, meat, seafood, milk and dairy, cereal, nuts, fats, and oils; drying by-products and converting them into powder offers a way to preserve them as useful and valuable products.

The book discusses how these by-products may be evaluated as a source of dietary phytochemicals including phenolic antioxidants, carotenoids, other bioactive polyphenols, and dietary fiber; as a source of proteins, peptides, and amino acids; as extruded products; as a source of collagen and gelatin; and as a source of various food additive materials.

Professor Özlem Tokuşoğlu, PhD, currently works as a faculty member in the Department of Food Engineering at Celal Bayar University, Manisa, Turkey. She earned a bachelor’s degree (1992)  and  master’s  degree  (1996)  from  Ege  University,  Izmir,  Turkey,  in  the  Department  of  Chemistry  and  a  PhD  degree  (2001)  from  Ege  University,  Izmir,  in  the  Department  of  Food Engineering. She worked as a researcher at Ege University from 1993 to 2001 and was a research associate in the Food Science and Nutrition  Department  at  the  University  of  Florida (Gainesville, FL, USA) from 1999 to 2000. Dr. Tokuşoğlu was an assistant professor at Celal Bayar University, Manisa, Turkey, during 2002–2007 and then received an associate professor (docent) degree from the Presidency of Higher Education Council (YÖK), Ankara, in 2007.Dr.  Tokuşoğlu was a visiting scholar in the Food Science and Nutrition Department at the University of Florida, Gainesville, FL, during 1999–2000 and was a visiting professor at the School of Food Science, Washington State University, Pullman, Washington, in April–May 2010.She specializes in food quality control, food chemistry, food safety and toxicology, shelf life of foods, and innovative food processing technolo-gies  in  foods,  beverages,  and  functional  products.  Her  specific  study  areas  are  phenolics,  phytochemicals,  bioactive  antioxidative  compo-nents,  food  additives,  bioactive  lipids,  their  determination  by  instru-mental  techniques,  their  effects  on  the  quality  of  food  and  beverages,  phytochemical  bioactives  and  health,  antioxidative  components  in  oil-fats  and  functional  food  technologies,  food  additives,  the  novel  food processing effects on food bioactives, innovation technologies for foods, shelf life of foods and beverages, nutritional quality of foods, food toxi-cants, nutritional toxicology, nutrition health, and cancer.Dr.  Tokuşoğlu  has  conducted  academic  research  studies,  conference  managements  and  chair  positions,  delivered  keynote  addresses,  and  has  given  academic  presentations  at  Geneva,  Switzerland,  in  1997;  Gainesville, FL, in 1999; Anaheim—Los Angeles, CA, in 2002; Sarawak, Malaysia, in 2002; Chicago, IL, in 2003; Szczyrk, Katowice, Poland, in 2005; Ghent, Belgium, in 2005; Madrid, Spain, in 2006; New Orleans, LA, in 2008; Athens, Greece, in 2008; Anaheim—Los Angeles, CA, in 2009;  Skopje/Üsküp,  the  Republic  of  Macedonia,  in  2009;  Chicago,  IL, in 2010; Munich, Germany, in 2010; Jamshoro, Sindh-Hyderabad, Pakistan,  in  2011;  New  Orleans,  LA,  in  2011;  Boston,  MA,  in  2011;  Natick,  MA,  in  2011;  Damghan,  Tehran,  Iran,  in  2011;  Osnabrück,  Germany, in 2011, Otsu, Kyoto, Japan, in 2012; Chicago, IL, in 2013; Philadelphia, PA, in 2013; Las Vegas, Nevada, in 2014; San Francisco—Albany, CA, in 2014; London, UK, in 2015; Manchester, UK, in 2015; Chicago,  IL,  in  2015;  Milwaukee,  WI,  in  2015;  San  Antonio,  TX,  in  2016;  Roma,  Italy,  in  2016;  Osaka,  Japan,  in  2017;  Tokyo,  Japan,  in  2017; and Paris, France, in 2017.She has professional affiliations with the Institute of Food Technologists and  American  Oil  Chemists  Society  in  the  United  States  and  has  pro-fessional responsibilities with the Turkey National Olive and Olive Oil Council as a research and consultative board member.Professor Tokuşoğlu organized and directed the international conference titled ANPFT2012 (Advanced Nonthermal Processing in Food Technology: Effects on Quality and Shelf-Life of Food and Beverages) as conference chair  and  director,  May  7–10,  2012,  in  Kusadasi-Aegean,  Turkey.  She  served  as  an  organizing  committee  member  at  the  2nd  International  Conference and Exhibition on Nutritional Science and Therapy in July 2013 in Philadelphia, PA, and co-chair at the Food Technology 2014 con-ference (3rd International Conference and Exhibition on Food Processing and Technology) in July 2014 in Las Vegas, NV.She recently served as Food Technology and Nutrition Group Chair of the Conference Series LLC Group, NV, USA. She served as chair of Food Technology  2015  (4th  International  Conference  on  Food  Processing  and Technology) from August 10 to 12, 2015, in London, UK; as chair of  Nutrition  2015  (4th  International  Conference  on  Nutrition)  from  October 26 to 28, 2015, in Chicago, IL; as chair of Nutrition 2016 (5th International Conference on Nutrition) from September 14 to 17, 2016, in San Antonio, TX; as chair of Food Technology 2016 (5th International Conference on Food Processing and Technology) from October 27 to 29, 2016, Rome, Italy; as chair of Nutrition and Food Science 2017, from May 29 to 31, 2017, in Osaka, Japan; and as chair of Food Technology 2017, from October 23 to 25, 2017, in Paris, France.  She is currently chair of  Food  Chemistry  and  Nutrition  2018,  taking  place  from  May  16  to  18,  2018, in Montreal, Canada.Dr.  Tokuşoğlu  is  Main  Associate  Editor  of  Wiley’s  Journal  of  Food  Processing and Preservation, USA. She has several editorial and review assignments  in  the  Science  Citation  Index  and  international  index-covered journals.She wrote her scientific edited book titled Fruit and Cereal Bioactives: Sources,  Chemistry,  and  Applications,  ISBN  by  CRC  Press/Taylor  &  Francis Group, and another book titled Improving Food Quality with Novel  Food  Processing  Technologies,  by  CRC  Press/Taylor  &  Francis  Group.  She  has  published  many  research  papers  in  peer-reviewed  international  journals,  international  book  chapters,  and  has  given  presentations (oral and posters) at international conferences and other organizations.She was the principal administrator and thesis advisor for five master’s students and two PhD students, and two master’s students are currently under her supervision.Professor  Tokuşoğlu  is  also  manager  (CEO)  of  the  SPİL  INNOVA  Ltd.  Şti.  Food,  Research,  and  Consultancy  in  DEPARK  Technopark,  Dokuz  Eylul Technology Development Zone, Izmir, Turkey, as her official addi-tional responsibility: This organization has been working on university–industry relationship studies in Dokuz Eylul University, Izmir. 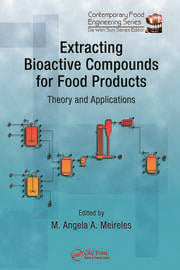 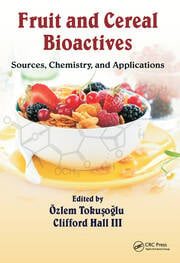 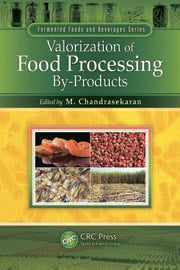