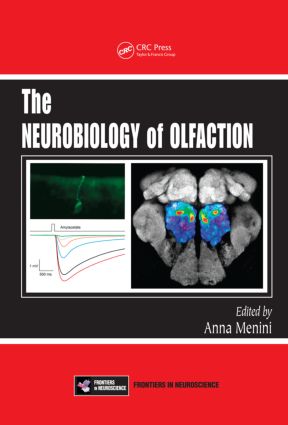 The Neurobiology of Olfaction

Comprehensive Overview of Advances in Olfaction

The common belief is that human smell perception is much reduced compared with other mammals, so that whatever abilities are uncovered and investigated in animal research would have little significance for humans. However, new evidence from a variety of sources indicates this traditional view is likely overly simplistic.

The Neurobiology of Olfaction provides a thorough analysis of the state-of-the-science in olfactory knowledge and research, reflecting the growing interest in the field. Authors from some of the most respected laboratories in the world explore various aspects of olfaction, including genetics, behavior, olfactory systems, odorant receptors, odor coding, and cortical activity.

Until recently, almost all animal research in olfaction was carried out on orthonasal olfaction (inhalation). It is only in recent years, especially in human flavor research, that evidence has begun to be obtained regarding the importance of retronasal olfaction (exhalation). These studies are beginning to demonstrate that retronasal smell plays a large role to play in human behavior.

Highlighting common principles among various species – including humans, insects, Xenopus laevis (African frog), and Caenorhabditis elegans (nematodes) – this highly interdisciplinary book contains chapters about the most recent discoveries in odor coding from the olfactory epithelium to cortical centers. It also covers neurogenesis in the olfactory epithelium and olfactory bulb. Each subject-specific chapter is written by a top researcher in the field and provides an extensive list of reviews and original articles for students and scientists interested in further readings.

From Odors to Behaviors in Caenorhabditis elegans

Development of the Olfactory System

Feedback Regulation of Neurogenesis in the Mammalian Olfactory Epithelium: New Insights from Genetics and Systems Biology

Neurogenesis in the Adult Olfactory Bulb

Memory and Plasticity in the Olfactory System: From Infancy to Adulthood