Recent advances in brain science measurement technology have given researchers access to very large-scale time series data such as EEG/MEG data (20 to 100 dimensional) and fMRI (140,000 dimensional) data. To analyze such massive data, efficient computational and statistical methods are required.

Time Series Modeling of Neuroscience Data shows how to efficiently analyze neuroscience data by the Wiener-Kalman-Akaike approach, in which dynamic models of all kinds, such as linear/nonlinear differential equation models and time series models, are used for whitening the temporally dependent time series in the framework of linear/nonlinear state space models. Using as little mathematics as possible, this book explores some of its basic concepts and their derivatives as useful tools for time series analysis. Unique features include:

The main point of interest in this book is to show that the same data can be treated using both a dynamical system and time series approach so that the neural and physiological information can be extracted more efficiently. Of course, time series modeling is valid not only in neuroscience data analysis but also in many other sciences and engineering fields where the statistical inference from the observed time series data plays an important role.

Tohru Ozaki is a mathematician and statistician. He received his BSc in mathematics from the University of Tokyo in 1969. He then joined the Institute of Statistical Mathematics (ISM), Tokyo, in 1970 and study and worked with Hirotugu Akaike. He received his DSc from Tokyo Institute of Technology in 1981 under the supervision of Akaike. From 1987 to 2008, he was a professor at ISM and, after Akaike’s retirement, served as the director of the prediction and control group. His major research areas include time series analysis, nonlinear stochastic dynamic modeling, predictive control, signal processing and their applications in neurosciences, control engineering, and financial engineering.

Ozaki retired from ISM in 2008. Since then he has been a visiting professor at Tohoku University, Sendai, Japan, and at Queensland University of Technology, Brisbane, Australia. He has been involved in supporting several research projects (in dynamic modeling of neuroscience data, fossil power plant control design, and risk-sensitive control in financial engineering) in universities and industry. He has also led, through his international research network, a time series research group called Akaike Innovation School from his office in Mount Fuji and organizes seminars every summer.

"With more statisticians working in the direction of methodological and theoretical research with applications in the neurosciences, the present book is timely. The author is an expert statistician who has made significant contributions to the area of time series and stochastic processes, in addition to methodological developments … The book is impressive in terms of the breadth of its coverage of the models and the in-depth discussion on the theoretical properties of both discrete-time and continuous-time that are specific to neuroscience data … the numerous examples on constructing the state-space representation of the time series models were useful, as properly constructing state-space models can be challenging. Moreover, the numerous discussions on the computational challenges for estimating the parameters of state-space models were illuminating."
—Journal of the American Statistical Association, December 2014

"This is a very unusual book on time series, with much that is new, innovative , and usually not found in other books on time series, for example multivariate AR models, multivariate dynamic models, causal analysis and the Doob decomposition, and so on. Among the major pleasures of browsing through the book are the acquaintance with ‘Laplace’s Demon’, seeing Pearsonian and multimodal distributions as stationary distributions for dynamic models, Einstein’s inductive use of Boltzmann entropy—to mention just a few of the novelties. But the hard core of the book is about state space modeling and its application to neuroscience data. The pages 331 through 351 are a richly textured but precise and detailed introduction to state space modeling. Here is a lovely summary by Ozaki that I have not seen elsewhere—it deals with time series dynamics …"
—Jayanta K. Ghosh, International Statistical Review (2013), 81

"This book is essential for every quantitative scientist who is interested in developing rigorous statistical models for analyzing brain signals. It is written by an expert statistician who has made significant contributions to the area of time series and stochastic processes. … His expertise on this subject and interest on the deep issues of statistical modeling of brain signals are clearly reflected in the character of this book. This book builds an important foundation for neurostatistics … it is truly unique in its treatment of the topic because it has an eye towards modeling brain signals, such as electroencephalograms and functional magnetic resonance images, and thus builds on the specifics that are directly relevant to these particular data. … At the University of California, Irvine, researchers have used this book recently and found it to be very helpful. Moreover, I intend to use this book as the primary text for a special topic course on neurostatistics in the Department of Statistics."
—Hernando Ombao, Journal of Time Series Analysis, 2013 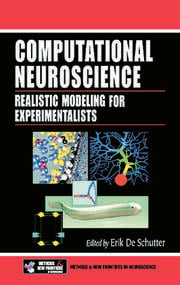 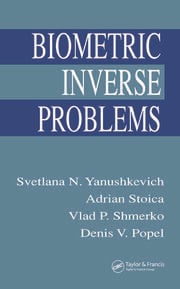