Dairy foods account for a large portion of the Western diet, but due to the potential diversity of their sources, this food group often poses a challenge for food scientists and their research efforts. Bringing together the foremost minds in dairy research, Handbook of Dairy Foods Analysis, Second Edition, compiles the top dairy analysis techniques and methodologies from around the world into one well-organized volume.

Exceptionally comprehensive in both its detailing of methods and the range of dairy products covered, this handbook includes tools for analyzing chemical and biochemical compounds and also bioactive peptides, prebiotics, and probiotics. It describes noninvasive chemical and physical sensors and starter cultures used in quality control.

e book discusses current methods for the analysis of chemical and nutritional compounds, and the detection of microorganisms, allergens, contaminants, and/or other adulterations, including those of environmental origin or introduced during processing. Other methodologies used to evaluate color, texture, and flavor are also discussed.

Written by an international panel of distinguished contributors

under the editorial guidance of renowned authorities, Fidel Toldrá and Leo M.L. Nollet, this handbook is one of the few references that is completely devoted to dairy food analysis – an extremely valuable reference for those in the dairy research, processing, and manufacturing industries.

Advanced Technologies for Meat Processing (2018), the 3rd editions of Food Analysis by HPLC (2013) and Handbook of Food Analysis (2015), and Advances in Food Diagnostics (2017, Blackwell Publishing).

Prof. Toldrá has been the Editor of the

Handbook of Meat Processing (2010, Wiley), Meat Biotechnology (2008) and Safety of Meat and Processed Meat (2009) for Springer, and the 8th edition of Lawrie´s Meat Science (2015, Woodhead). He was the Editor-in-Chief of the 1st and 2nd editions of Handbook of fermented meat and poultry (Wiley-Blackwell) and one of the Editors-in-Chief of the Encyclopedia of Food & Health (Academic Press/Elsevier).

Prof. Toldrá serves at the Editorial Board of 15 journals such as Food Chemistry, Current Opinion in Food Science and Journal of Food Engineering. He has published >320 research articles (h index =60), >143 chapters of books and edited/co-edited >50 books. He is a Fellow of the Institute of Food Technologists (IFT) and the International Academy of Food Science & Technology (IAFOST). He received the 2002 IMS International Prize for Meat Science and Technology, 2010 Distinguished Research Award and 2014 Meat Processing Award both of American Meat Science Association (AMSA), 2015 Dupont Science Award, the 2019 Innovation Award from the Association of Spanish Meat Industry and the 2019 Award for Advancement of Application of Agricultural and Food Chemistry from the American Chemical Society (ACS).

earned an MS (1973) and PhD (1978) in biology from the Katholieke Universiteit Leuven, Belgium. He is an editor and associate editor of numerous books. He edited for M. Dekker, New York—now CRC Press of Taylor & Francis Publishing Group—the first, second, and third editions of Food Analysis by HPLC and Handbook of Food Analysis. The last edition is a two-volume book. Dr. Nollet also edited the Handbook of Water Analysis (first, second, and third editions) and Chromatographic Analysis of the Environment, third and fourth editions (CRC Press). With F. Toldrá, he coedited two books published in 2006, 2007, and 2017: Advanced Technologies for Meat Processing (CRC Press) and Advances in Food Diagnostics (Blackwell Publishing—now Wiley). With M. Poschl, he coedited the book Radionuclide Concentrations in Foods and the Environment, also published in 2006 (CRC Press). Dr. Nollet has also coedited with Y. H. Hui and other colleagues on several books: Handbook of Food Product Manufacturing (Wiley, 2007), Handbook of Food Science, Technology, and Engineering (CRC Press, 2005), Food Biochemistry and Food Processing (first and second editions; Blackwell Publishing—now Wiley—2006 and 2012), and the Handbook of Fruits and Vegetable Flavors (Wiley, 2010). In addition, he edited the Handbook of Meat, Poultry, and Seafood Quality, first and second editions (Blackwell Publishing—now Wiley—2007 and 2012). From 2008 to 2011, he published five volumes on animal product-related books with F. Toldrá: Handbook of Muscle Foods Analysis, Handbook of Processed Meats and Poultry Analysis, Handbook of Seafood and Seafood Products Analysis, Handbook of Dairy Foods Analysis, and Handbook of Analysis of Edible Animal By-Products. Also, in 2011, with F. Toldrá, he coedited two volumes for CRC Press: Safety Analysis of Foods of Animal Origin and Sensory Analysis of Foods of Animal Origin. In 2012, they published the Handbook of Analysis of Active Compounds in Functional Foods. In a coedition with Hamir Rathore, Handbook of Pesticides: Methods of Pesticides Residues Analysis was marketed in 2009; Pesticides: Evaluation of Environmental Pollution in 2012; Biopesticides Handbook in 2015; and Green Pesticides Handbook: Essential Oils for Pest Control in 2017. Other finished book projects include Food Allergens: Analysis, Instrumentation, and Methods (with A. van Hengel; CRC Press, 2011) and Analysis of Endocrine Compounds in Food (Wiley-Blackwell, 2011). Dr. Nollet’s recent projects include Proteomics in Foods with F. Toldrá (Springer, 2013) and Transformation Products of Emerging Contaminants in the Environment: Analysis, Processes, Occurrence, Effects, and Risks with D. Lambropoulou (Wiley, 2014). In the series Food Analysis & Properties, he edited (with C. Ruiz-Capillas) Flow Injection Analysis of Food Additives (CRC Press, 2015) and Marine Microorganisms: Extraction and Analysis of Bioactive Compounds (CRC Press, 2016). With A.S. Franca, he coedited Spectroscopic Methods in Food Analysis (CRC Press, 2017), and with Horacio Heinzen and Amadeo R. Fernandez-Alba he coedited Multiresidue Methods for the Analysis of Pesticide Residues in Food (CRC Press, 2017). Further volumes in the series Food Analysis & Properties are Phenolic Compounds in Food: Characterization and Analysis (with Janet Alejandra Gutierrez-Uribe, 2018), Testing and Analysis of GMO-containing Foods and Feed (with Salah E. O. Mahgoub, 2018), Fingerprinting Techniques in Food Authentication and Traceability (with K. S. Siddiqi, 2018), Hyperspectral Imaging Analysis and Applications for Food Quality (with N.C. Basantia, Leo M.L. Nollet, Mohammed Kamruzzaman, 2018), Ambient Mass Spectroscopy Techniques in Food and the Environment (with Basil K. Munjanja, 2019), Food Aroma Evolution: During Food Processing, Cooking, and Aging (with M. Bordiga, 2019), Mass Spectrometry Imaging in Food Analysis (2020), Proteomics in Food Authentication (with S. Ötles, 2020) and Analysis of Nanoplastics and Microplastics in Food (with K.S. Siddiqi, 2020). 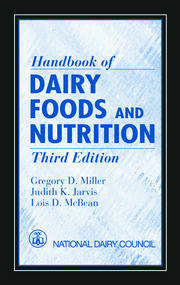 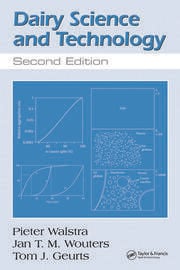 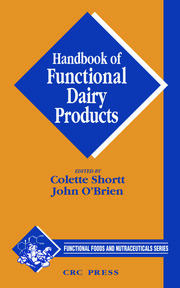