Modern Gastronomy
A to Z

Modern Gastronomy: A to Z

Guru to a new generation of chefs from Chicago to Copenhagen, Spain’s Ferran Adrià has been featured on Time magazine's list of the 100 most influential people of our times and touted by the press as an alchemist and a genius. His restaurant, El Bulli, was ranked first on Restaurant Magazine’s Top 50 list in 2006, 2007, and 2008, and has retained this title in 2009. Considered food’s preeminent futurist, a mad Catalonian scientist, and the godfather of culinary foam and other gastronomic advances, the Alicia Foundation distills Adrià’s culinary knowledge into a practical handbook that will more often be found face up on the counter than collecting dust on a shelf.

A dictionary of present-day cooking, Modern Gastronomy: A to Z puts equal emphasis on the nature of ingredients, their reactions, and the processes they undergo to create the final product. You can quickly look up and find, in plain language, everything you need to know about the science of cooking and the art of combining flavors and textures.

The first English translation of the bestselling Lexico Cientifico Gastronomico, this book’s lexical format provides, for each ingredient or term, a definition, the ingredient’s source, and suggestions for its use. A scientific exploration of the possibilities of food, this much-anticipated book includes a foreword by Harold McGee, author of On Food & Cooking and contributor to Nature, New York Times, Fine Cooking, and Physics Today. It is this rigorous scientific viewpoint that sets the book apart, enabling you to develop processes, tastes, and textures that give your new products a competitive edge.

This alphabetical handbook of food ingredients, food-related processes, and food preparation tools is written for the professional cook who is no longer constrained by traditional culinary ingredients and techniques and is instead encouraged to experiment and explore the intersection of cooking and food science. … Students of the culinary arts and food science may benefit from this useful information presented in a concise format. Summing Up: Recommended.
—CHOICE, September 2010

… a landmark in the history of cooking … the first such book to be initiated and shaped by professional cooks themselves, and to be so forward-looking … both a gift and a challenge. The gift is the book itself and the information it holds. The challenge is to make use of it creatively and generously .
—From the Foreword by Harold McGee

… the fountainhead of a futuristic approach to food that pervades the kitchens of young, ambitious chefs everywhere … Mr. Adrià's single-handed influence is staggering …
—Beppi Crosariol, The Globe and Mail 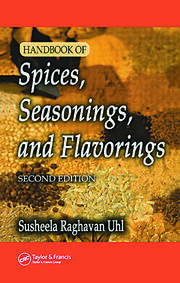